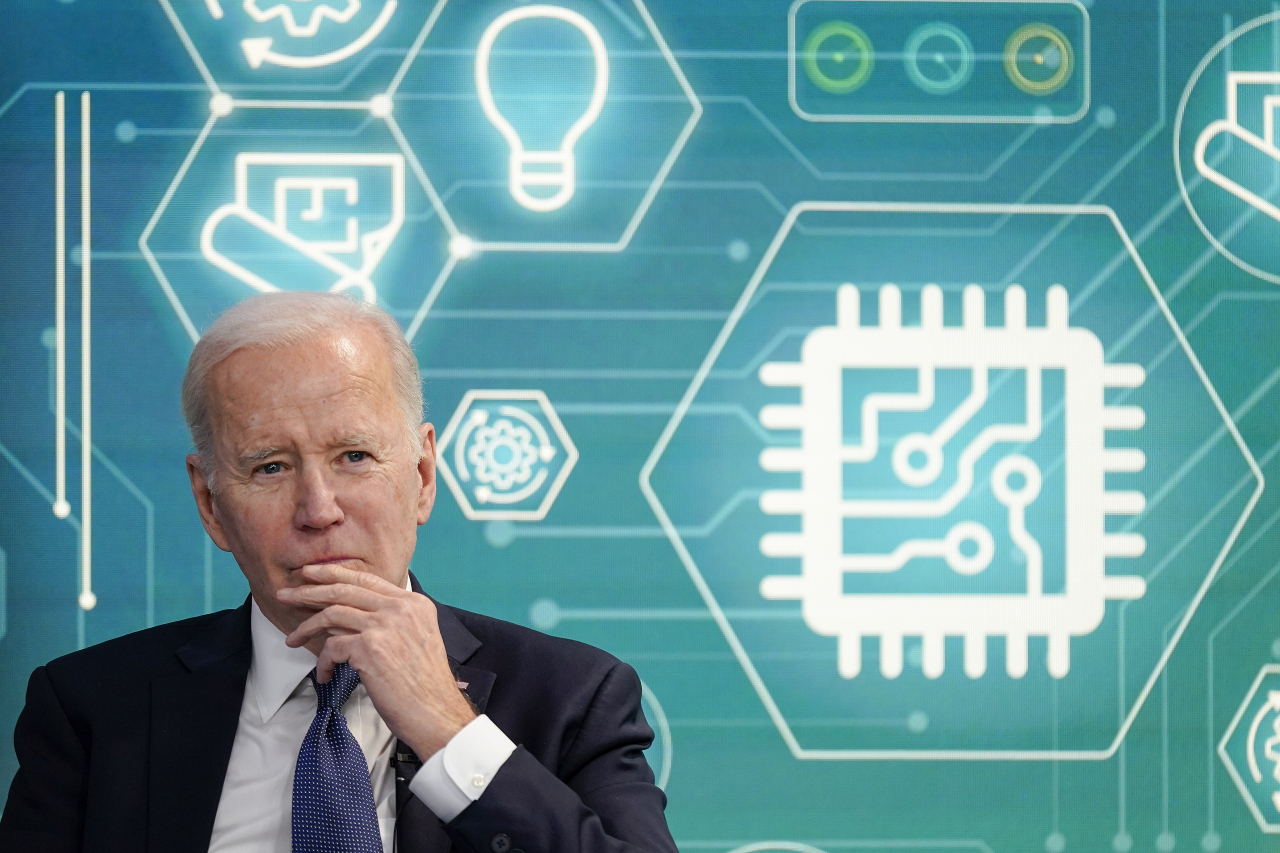 South Korea's participation in an envisioned tech alliance led by the United States would be a "rational" decision for the country amid the intensifying competition for global technology hegemony between Washington and Beijing, a state-run think tank report showed Tuesday.

South Korea is considering joining a US-led semiconductor alliance, called Chip 4, involving Japan and Taiwan. It is widely considered a grouping against China and aimed at countering Beijing's influence in global supply chains.

In his recent Korea Information Society Development Institute (KISDI) report, Choi Gye-Iyong, a senior researcher at the institute, described technology hegemony as the global dominance in the field of technology that can bring "absolute superiority" in terms of economic and military prowess.

Choi said that the US can gain the upper hand against China in terms of tech hegemony and cost-sharing benefits in terms of competitiveness and strengthen its containment effect against rivals through the alliance.

By participating in the alliance, Choi said South Korea can "demand a lot" from the United States in return, while adding China has "weak leverage" in terms of what it can offer to South Korea in the semiconductor sector.

He said participating in the US-centered tech alliance would bring bigger long-term benefits in terms of "responding to the demand of future industries," compared with the potential short-term risk of China-related market loss. (Yonhap)