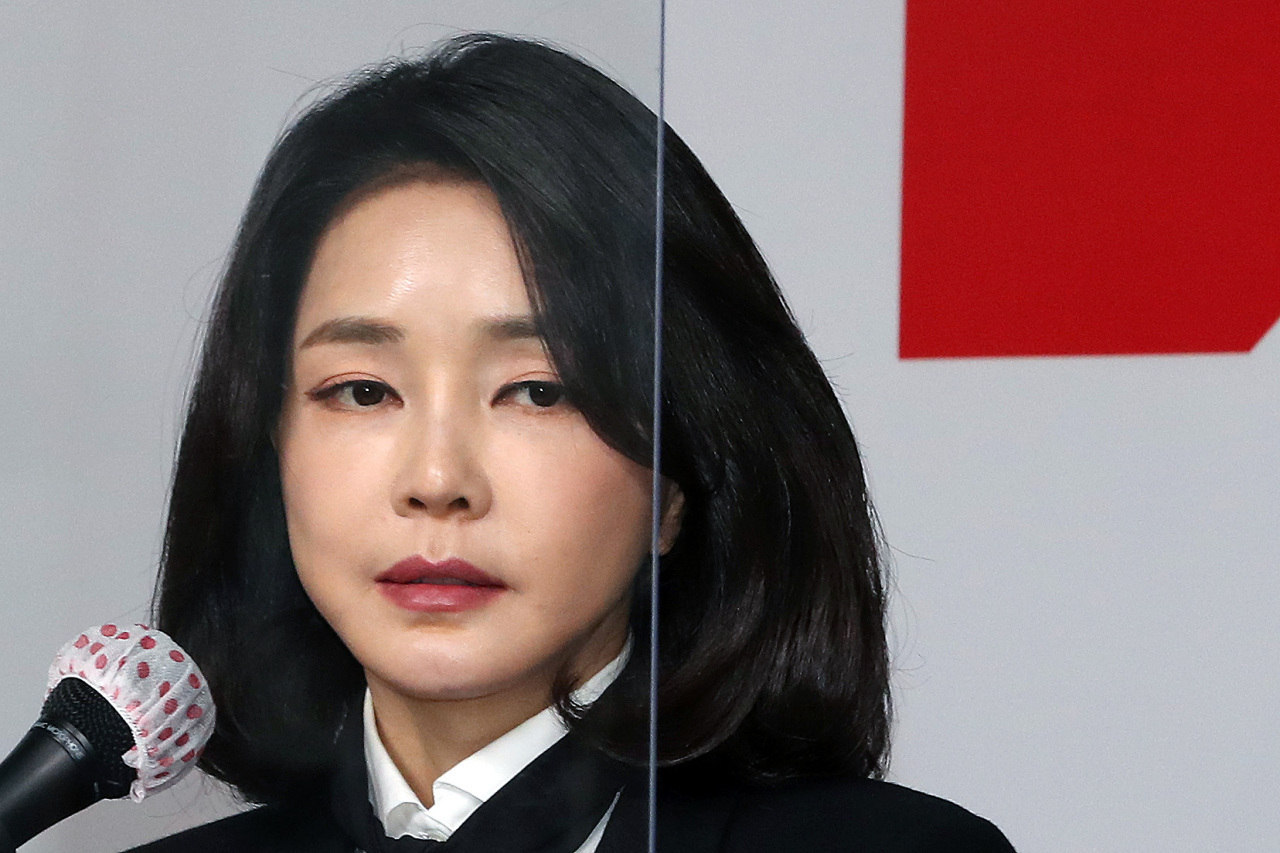 1. What’s all the fuss about first lady?

[1] Stock price manipulation, luxury items omitted from personal assets disclosure, inviting a police officer involved in an ongoing investigation to an official event, allegations of plagiarism and calls for further investigations, falsification of credentials, suspicious developments in hiring at and construction contracts for government facilities.

[2] These are just some of the allegations that have been raised in the past few months against first lady Kim Keon-hee, which has prompted the main opposition Democratic Party of Korea to call for the “Kim Keon-hee Prevention Act.”

[3] Four months into a presidency, the controversy over the first lady shows no sign of abating. Issues once relegated as mere gossip have now entered the center of the political arena and sometimes overshadowed the president’s policy activities and visions, raising the need to re-create the office in charge of the first lady’s activities and scandals.

[4] On Friday afternoon, a transcript of a call with Kim, who is under investigation for Deutsche Motors stock price manipulation, came out in local news reports. In the transcript, Kim asked a securities firm employee to buy stock when prices were being manipulated. Kim was also found to have continued to trade in the period during which she claimed to have had no contact with the person who led the stock price manipulation. The presidential office immediately countered, labeling it a false report.

[1] A group of researchers at Yonsei University have found that even if the concentration level of greenhouse gases in the atmosphere is reduced to that of the pre-industrial era, it will be difficult to restore the climate’s condition to its original state.

[2] According to Yonsei University on Friday, an in-house research team led by atmospheric sciences professor An Soon-il developed the world’s first climate recovery map, which is designed to illustrate possible improvements in global surface temperatures and precipitation with reduced greenhouse gas emissions by region over a timespan of centuries.

[3] The researchers used an Earth system model with the idealized scenario of removing carbon dioxide emissions to pre-industrial levels.

[4] Despite the decreased amount of CO2 emissions, the study projected that 89 percent of global areas would experience irreversible changes in surface temperature, while 58 percent will experience irreversible changes in precipitation. The results showed that African and South American regions will inevitably face a climate crisis, whereas North American, European and East Asian areas’ climate could improve in the future.