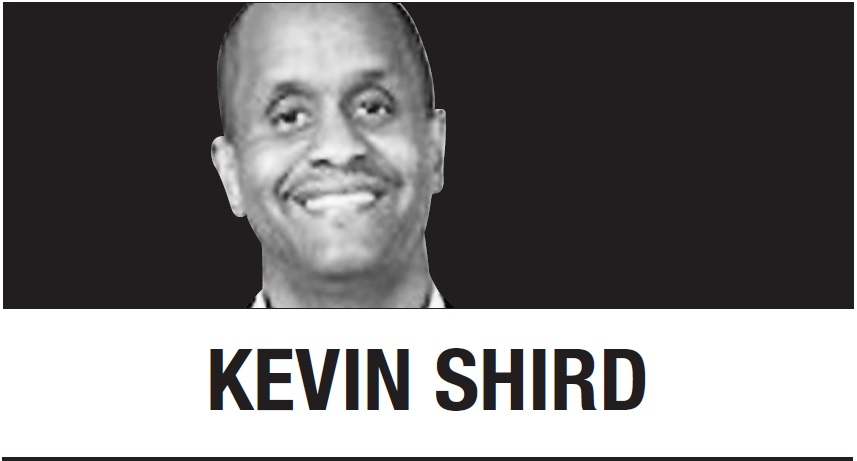 It’s widely understood that the Rev. Dr. Martin Luther King Jr. evolved significantly on the issue of reparations during his short lifetime. Toward the start of his career, he was a moralist in his thinking, rather than the radical economic thinker he later became. In 2018, I befriended Dr. King’s former barber, Nelson Malden, now in his late 80s, and wrote a book with him titled “The Colored Waiting Room” about Nelson’s life and the American civil rights movement. Nelson relayed an interesting anecdote to me regarding a debate Dr. King had inside his barbershop with a sociology professor.

Nelson told me that King said to the professor, “Morality is one of the strongest forces in the American family.” The professor disagreed with King and said, “I beg your pardon, sir, but I believe that economics is the strongest force in the American family.” The professor went on to say, “When the Europeans came to this country, one of the first things they did was build the top universities in the New England area to educate themselves. When they got oranges in Florida, sugar cane in Louisiana, oil in Texas, grapes in California and tobacco in Virginia, they built Wall Street to control the capital, and then they built West Point to defend it.” He ended by saying, “That is the United States of America.”

Nelson reminded me that just before King was murdered, he began to speak out more publicly about economic injustice and inequality. He famously wrote: “No amount of gold could provide an adequate compensation for the exploitation and humiliation of the Negro in America down through the centuries. Not all the wealth of this affluent society could meet the bill. Yet a price can be placed on unpaid wages.”

The more I think about it, particularly in today’s post Breonna Taylor and post George Floyd worlds, the more I come to the same conclusion. Reparations -- that is to say, compensation today for historic injustice -- would be a major step forward in correcting these enormous infringements on civil liberties.

Why aren’t more people educating themselves on the idea of reparations to the African American descendants of slaves? We know the US can afford it, since they spend trillions of dollars every few years to offer tax breaks and bailouts to billionaires and corporations. This country benefited significantly from the American slave trade. Those who enslaved people grew rich from free labor. They paid taxes, and those tax dollars were used to fund the construction of roads, bridges, towns and more. Building that infrastructure helped to grow and establish this place we call America. Our government is a co-conspirator in this matter, not just some passive onlooker who watched from the sideline.

And the old racist trope that tells us that some people who receive reparation payments would just “blow” the money on meaningless things has been shot to pieces. Economists have informed us that stimulus payments to Americans during the pandemic would “stimulate” the economy, and their advice won over members of both houses of the US Congress. So, the argument that reparation recipients would mismanage their money is not a valid argument.

Economic disparities in the Black community are a real problem, and reparation payments could help level the playing field, even bridge the gap in disparities in health, education, and access to capital for entrepreneurs and homeownership. Governments have made reparations payments before to specific groups who suffered enormous injustices. This is not new.

But reparations for me means more than just a check in my hand.

Reparations means that the life of my great-great-grandmother, Hana Washington, who was sexually assaulted in 1883 in Mississippi by a white man, is acknowledged. Reparations for me means that the life of my great-grandmother, Mary Washington, who was born into this world as a misbegotten child after a crime was committed against her 20-year-old mother, is acknowledged.

If history matters to white Southerners who cherish their Confederate flags and statues of treasonous generals who lost the Civil War, then the history of the injustices committed against Black people over centuries should matter just as much to the rest of America.

Reparations would show that it does.

Kevin Shird is an author and activist. He wrote this for the Baltimore Sun. -- Ed.