Super Typhoon Hinnamnor moved out of South Korea early Tuesday morning, forcing around 1,000 to evacuate. The typhoon left at least two person dead and nine others missing, according to the Central Disaster and Safety Countermeasures Headquarters of Korea.

Damage has been concentrated on the southern Jeju Island and industrial cities along the southeastern coast, as Hinnamnor penetrated the regions.

Following are photos of what was left in the typhoon’s wake in the southeast regions of Korea. 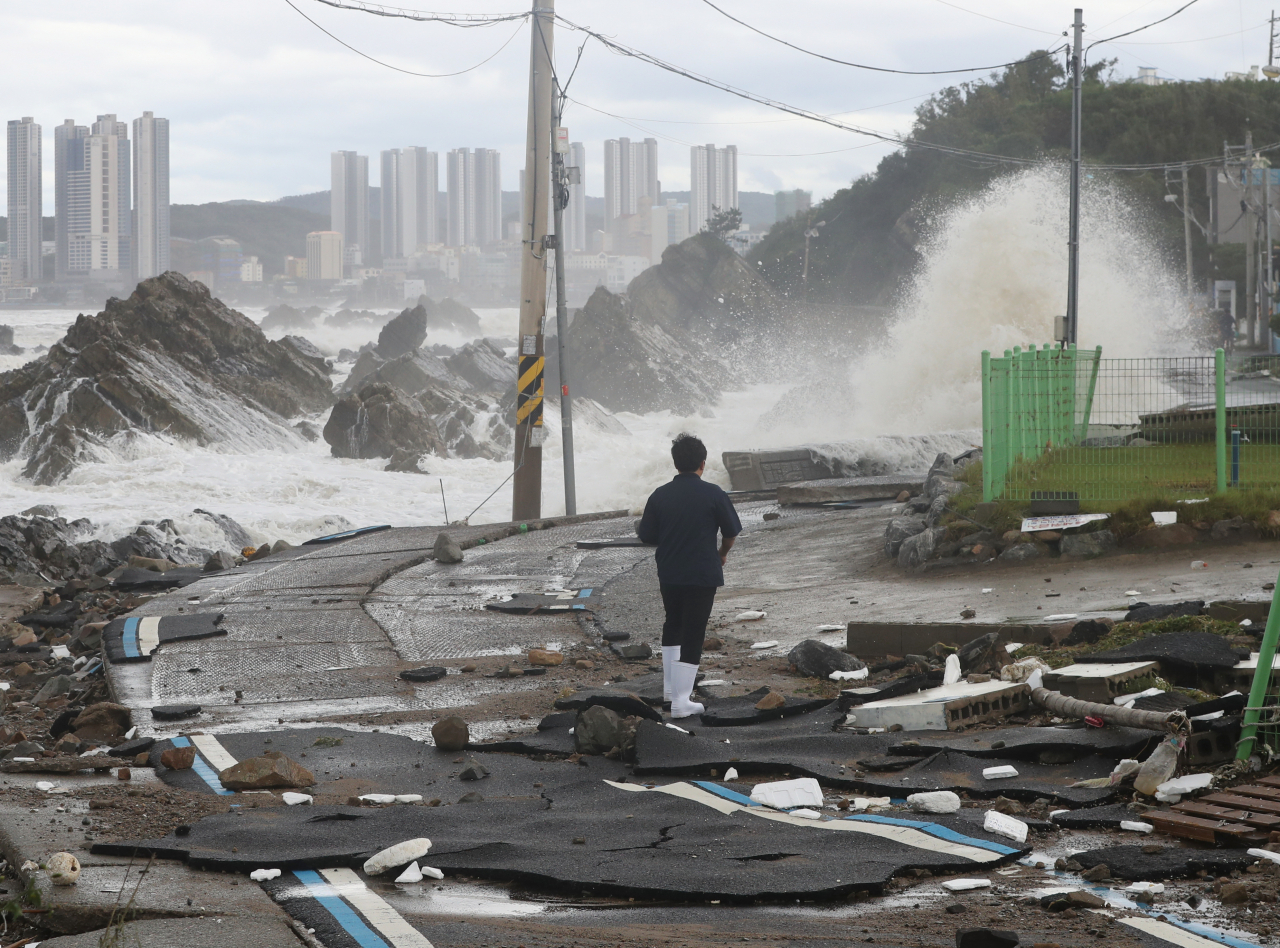 A resident walks down a collapsed road alongside the coast of Ulsan on Tuesday morning after Typhoon Hinnamnor moved out of South Korea, passing through the city. (Yonhap) 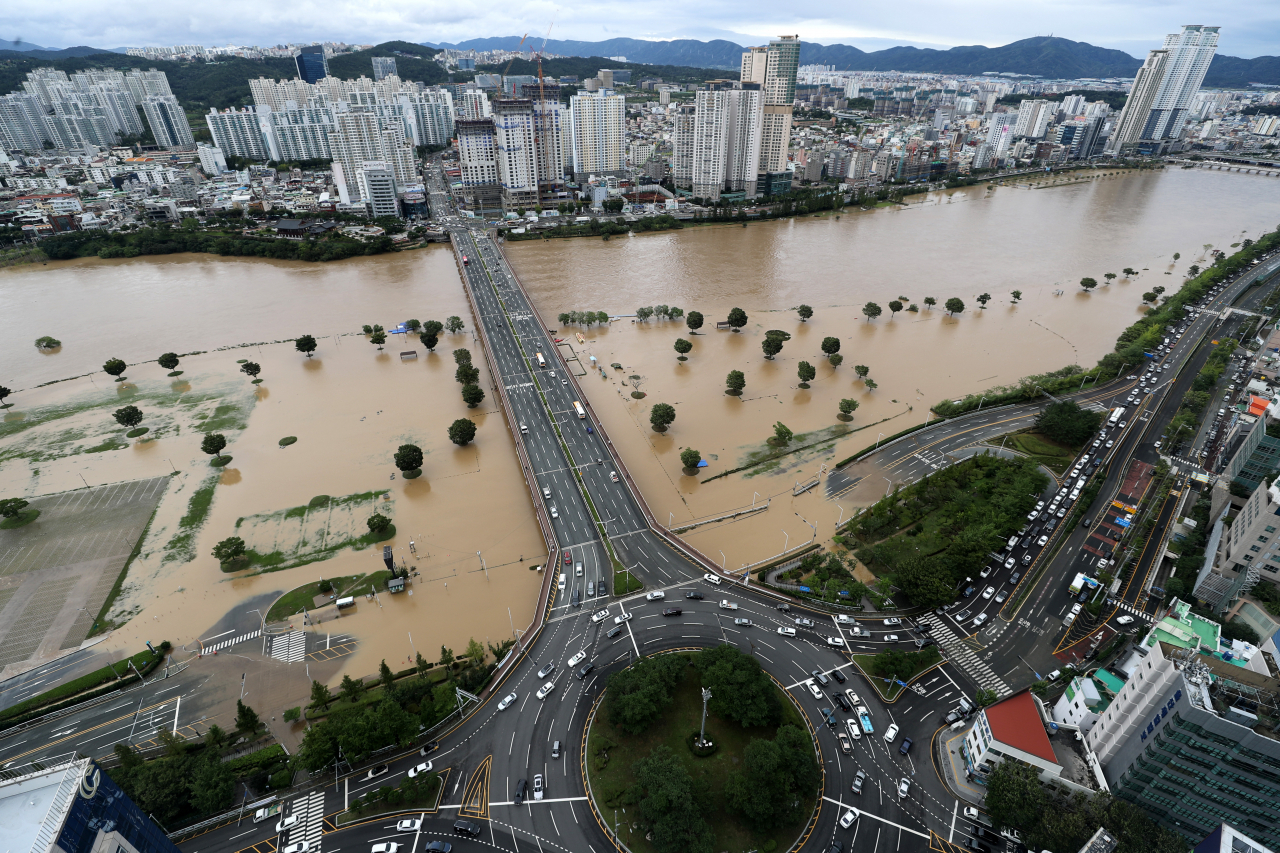 Taehwa riverside park and roads are submerged Tuesday morning in Ulsan, an industrial powerhouse in southeastern Korea, after Typhoon Hinnamnor moved off the city into the East sea. (Yonhap) 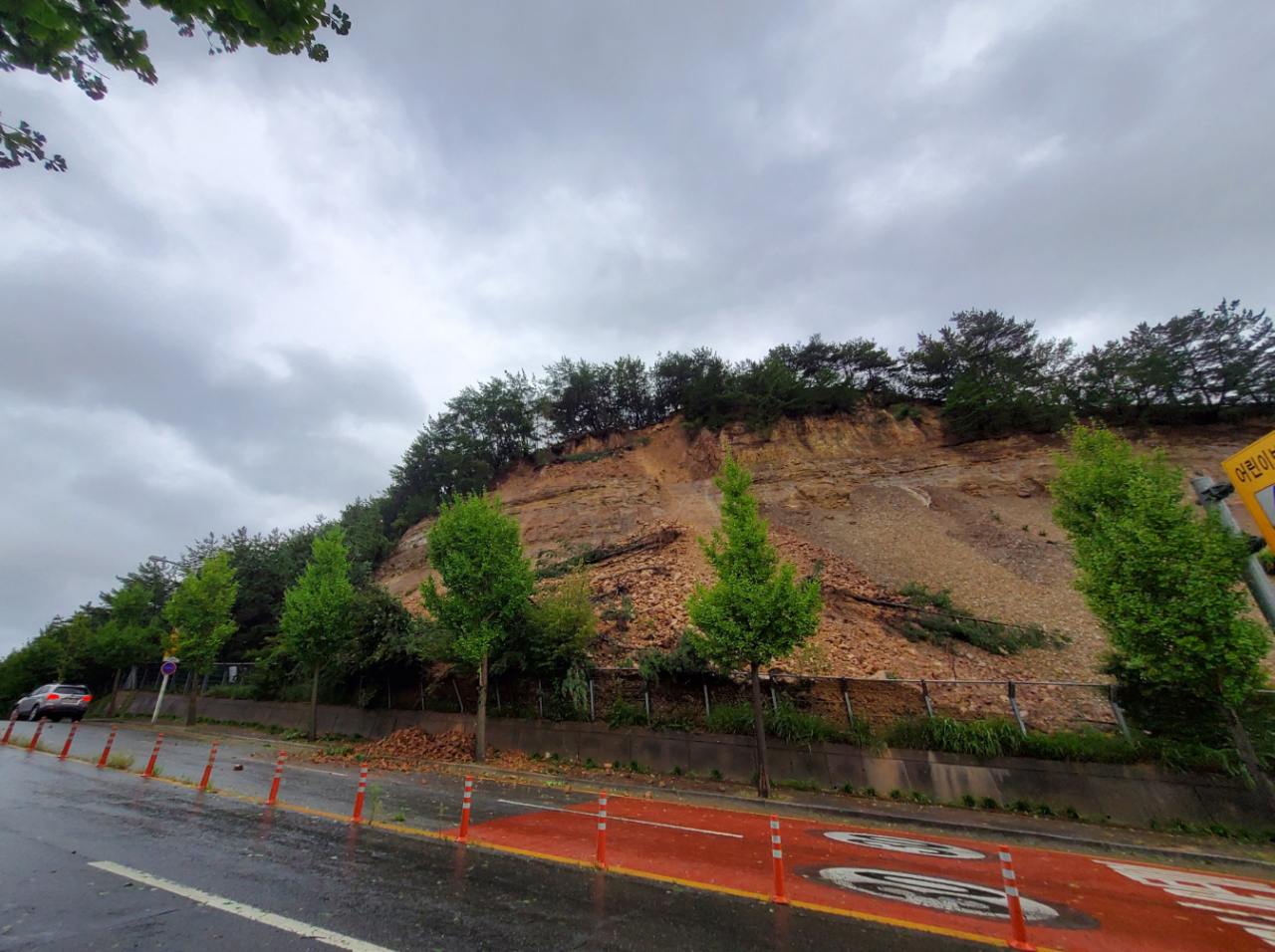 Exposed earth is seen on a hillside Tuesday morning in Pohang, North Gyeongsang Province, after a typhoon-induced landslide swept trees away, causing the evacuation of nearby residents. (Yonhap)