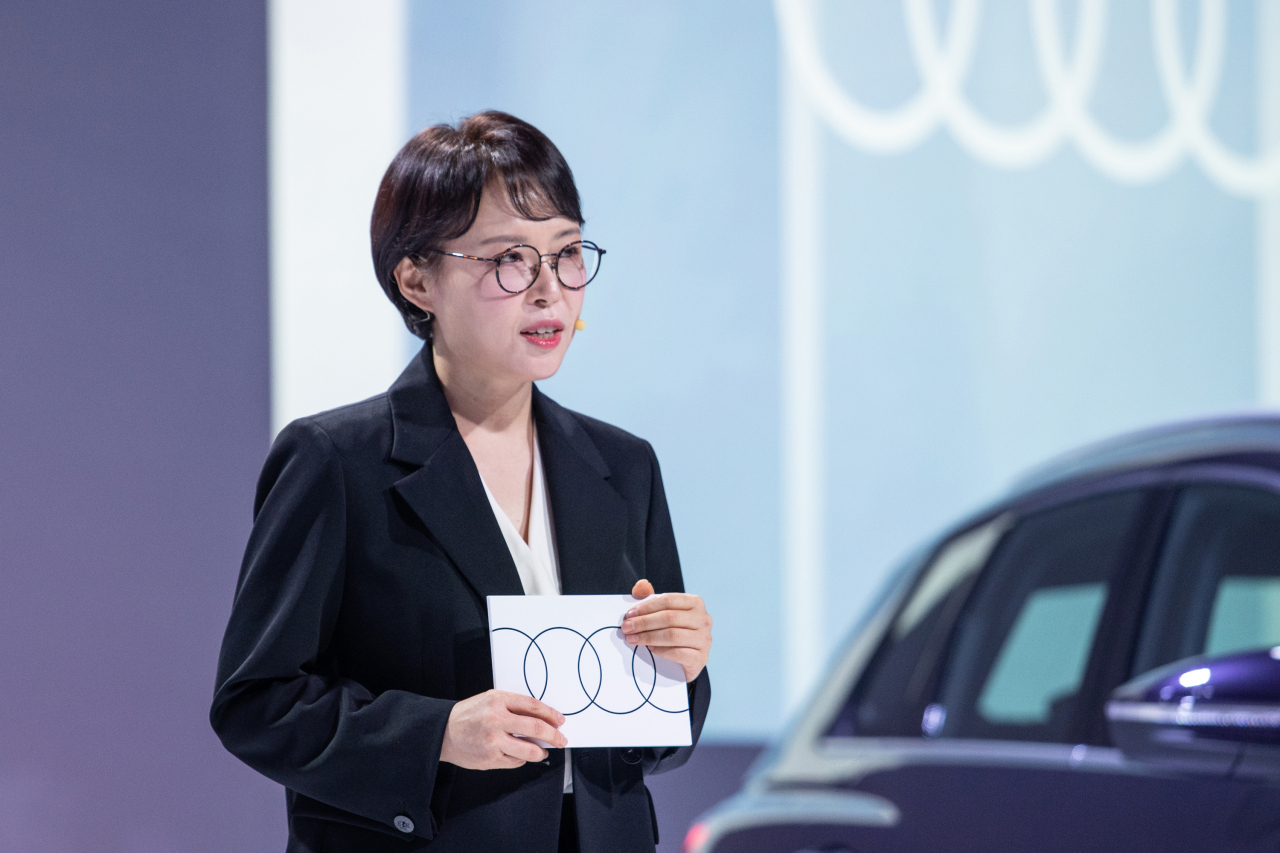 “The Q4 e-tron will redefine the boundaries between car segments and act as a gateway into e-mobility. With these models, we have strengthened our EV lineup enough to satisfy the needs of Korean customers,” said Lim Hyun-ki, the executive director of Audi Korea, at the launching ceremony.

The Audi Q4 e-tron is the first Audi car to be built on a modular electric drive matrix platform that has augmented the indoor space of the A-segment SUV to as big as that of the Q7, an E-segment SUV.

With a single full charge, the Audi Q4 e-tron can be driven for 368 kilometers and the Audi Q4 Sportback e-tron for 357 kilometers.

Both models are equipped with a PSM electric motor that produces a maximum output of 204 horsepower and a maximum torque of 31.6 kilogram-meters.

“We have already received more than 7,000 preorders of the all-electric compact SUVs since they were unveiled at the Seoul Mobility Show last November. These preorders will start being delivered to our customers starting Sept. 19,” said Park Young-jun, marketing director of Audi Korea.