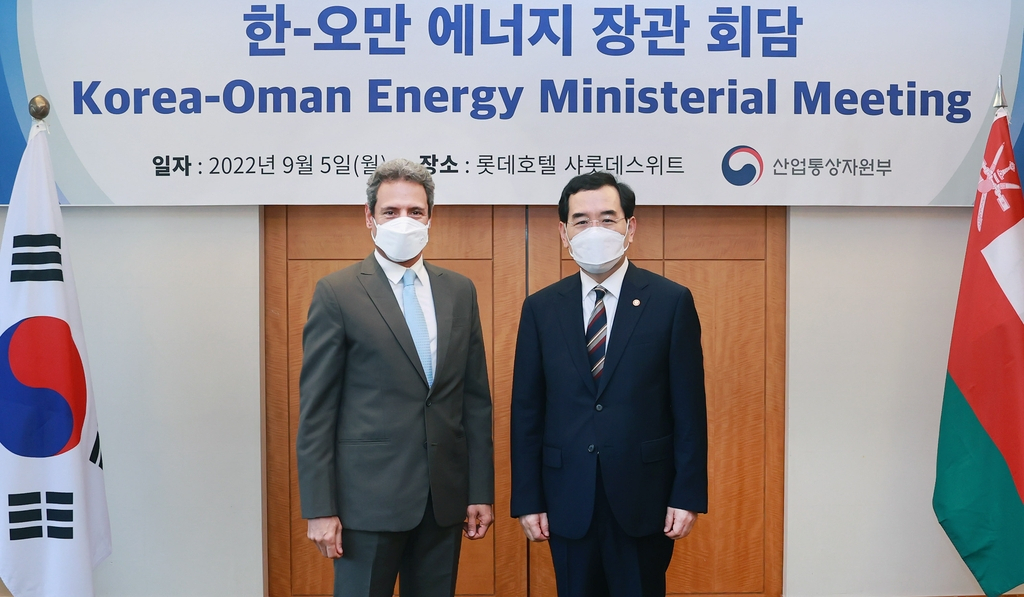 The pledge was made during the meeting between Minister of Trade, Industry and Energy Lee Chang-yang and Oman's Minister of Energy and Minerals Salim bin Nasser Al Aufi held in Seoul, according to the ministry.

During the talks, Lee called on the two nations to work more closely as major energy trading partners over the recent surge in the global liquefied natural gas (LNG) prices.

As of last year, Oman had been South Korea's fourth-largest LNG supplier, accounting for 9.6 percent of Seoul's total LNG imports. South Korea was Oman's No. 1 LNG buyer, taking up 44.2 percent of its total gas exports.

Lee also asked for Muscat's attention to and support for South Korean firms' pursuit of taking part in various energy-related projects in the Middle Eastern country, including the construction of a petrochemical complex at the Duqm refinery.

"The two sides agreed upon closer cooperation on hydrogen fields, including the production of green hydrogen, the establishment of overseas hydrogen supply channels, and the development of hydrogen vehicles and related fuel cells, by maximizing South Korea's ample experiences in the sector and Oman's rich renewable energy resources," the ministry said.