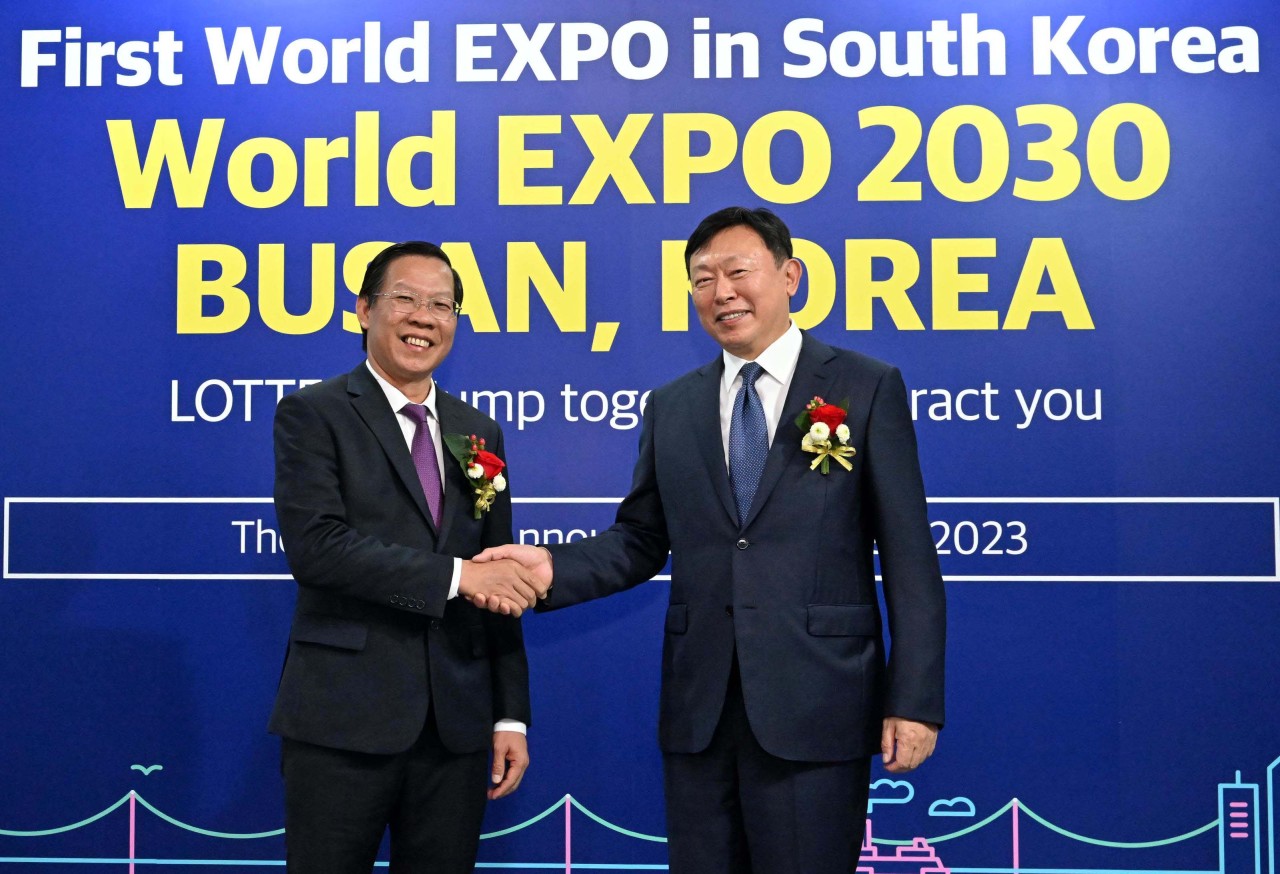 For the residential area, a big data and artificial intelligence-based system will provide convenient and safe smart home solutions as well as digital health care services, including remote medical examination, the group said.

For sustainable and efficient energy management inside the building, the group will adopt an “ice storage” air conditioning system, which freezes ice at night and converts it to cool air in the day.

According to Lotte's plan, the shopping mall and cinema will offer smart payment options and robot and drone delivery, with the hotel providing smart concierge and robot catering services. Office spaces will adopt facial recognition and an AI-based reservation system as well.

Along with the megasized construction project, Lotte Global Logistics plans to construct a smart logistics center in the southern Dong Nai province by 2024, to boost imports and exports targeting Vietnam. The center will adopt a cold chain system to cater to fast-growing needs for fresh and frozen food. It will also install automated facilities and operate container terminals.

“This year marks the 30th anniversary of Korea’s diplomatic relations with Vietnam. Starting with the smart city project, Lotte will expand investments in Vietnam,” said Lotte Group Chairman Shin Dong-bin in a statement.

Lotte Group said together with Vietnam, Indonesia is also at the vanguard of its business in Southeast Asia.

Before visiting Vietnam, Shin stopped by Indonesia on Aug. 29 to look over the Line Project, the construction of a mega petrochemicals complex, in Banten.

The $3.9 billion project, the group’s largest global business project so far, aims to produce 1 million metric tons of ethylene, 520,000 tons of propylene, 250,000 million tons of polypropylene and other petrochemicals.

With regulations lifted for foreign nationals to start logistics business in Indonesia, Lotte Global Logistics will set up a transportation network within Jakarta and other supply chain management systems for petrochemicals.