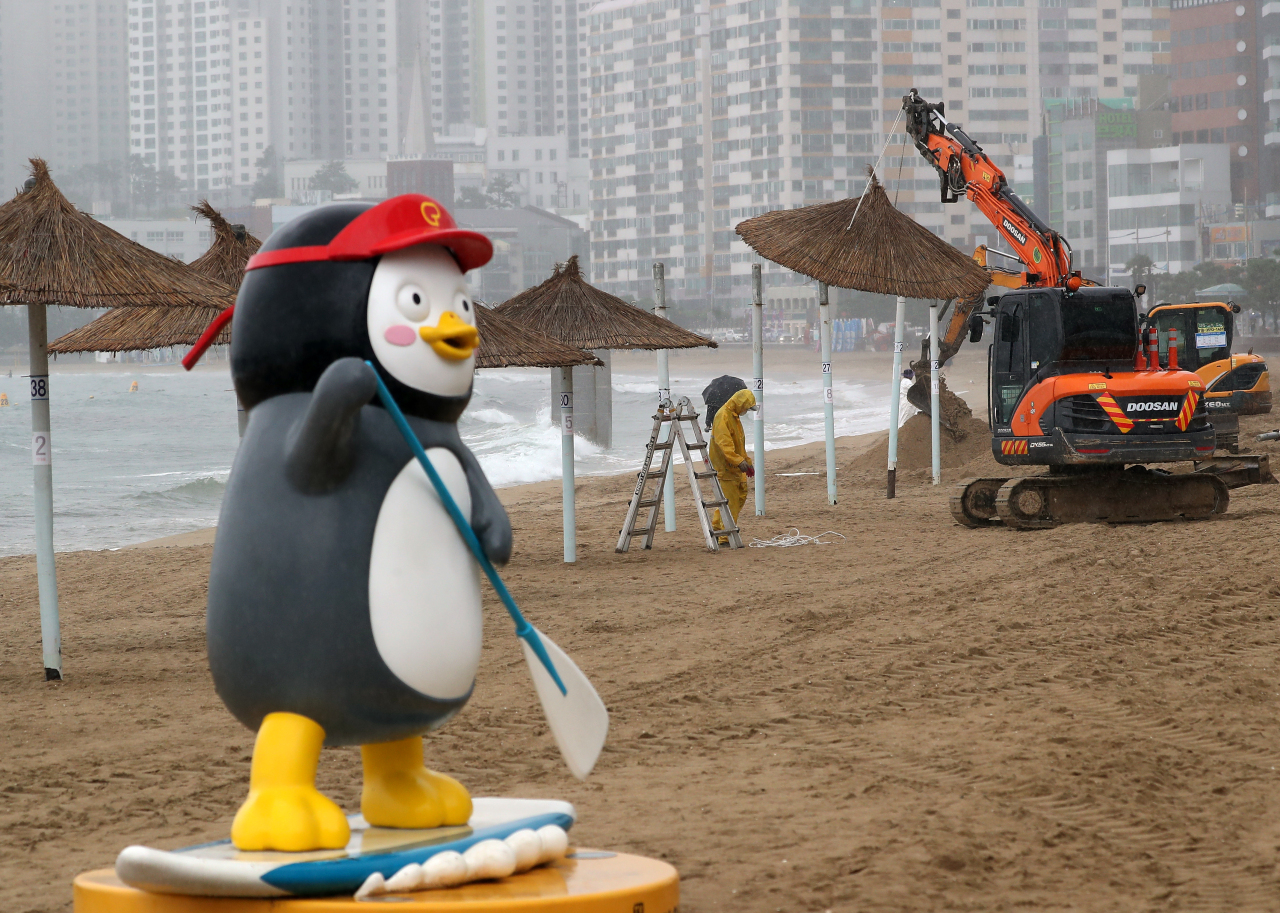 Typhoon Hinnamnor, the 11th typhoon of this year, is expected to be as strong as Typhoon Maemi in 2003, which struck the country in 2003, leaving 117 deaths, 13 missing and poverty damage worth 4,223 trillion won ($3.1 trillion). The country is expected to be under the influence of the typhoon from Sunday through Wednesday next week. 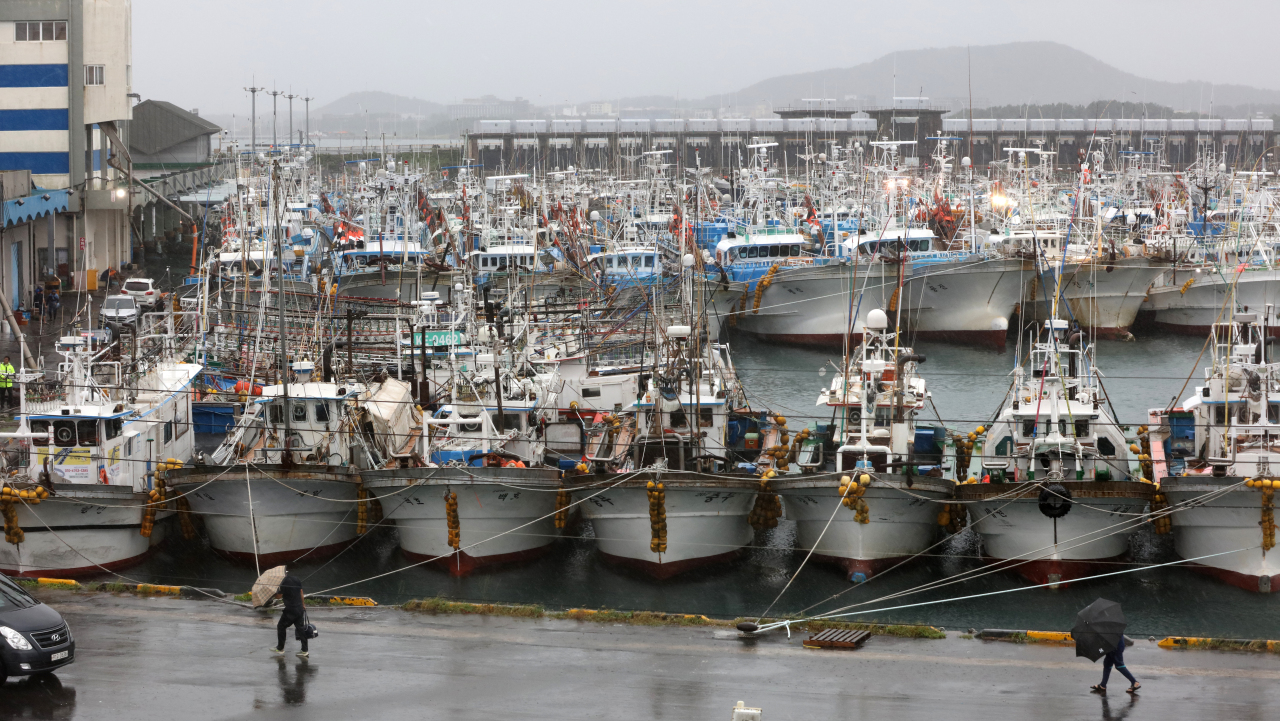 Fishing boats are docked at a port in Seogwipo, Jeju, 481 kilometers southeast of Seoul, on Thursday, as the super strong Typhoon Hinnamnor approaches the Korean Peninsula. (Yonhap) 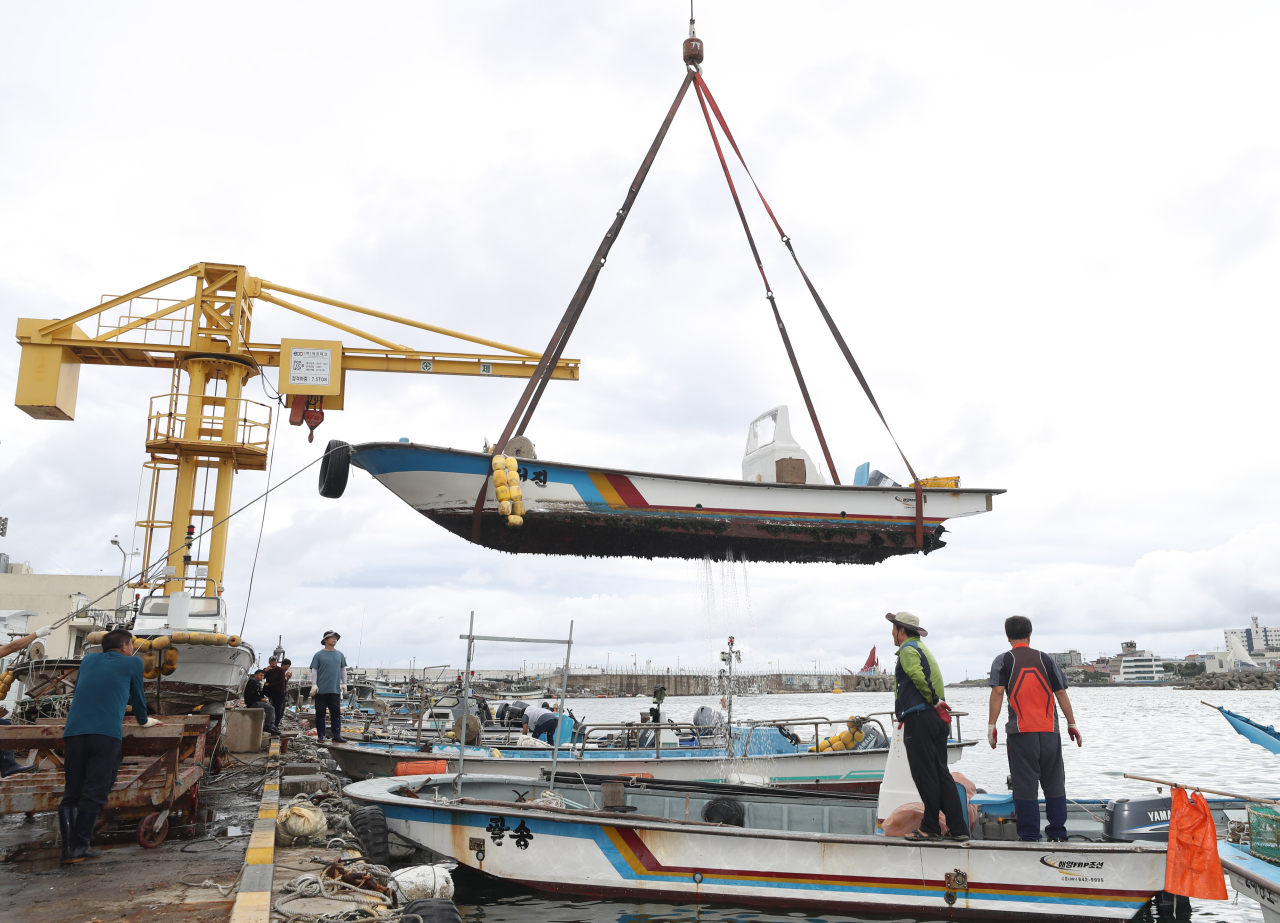 Fishing boat is moved onto land at Jeongja Port in Ulsan on Friday. (Yonhap) 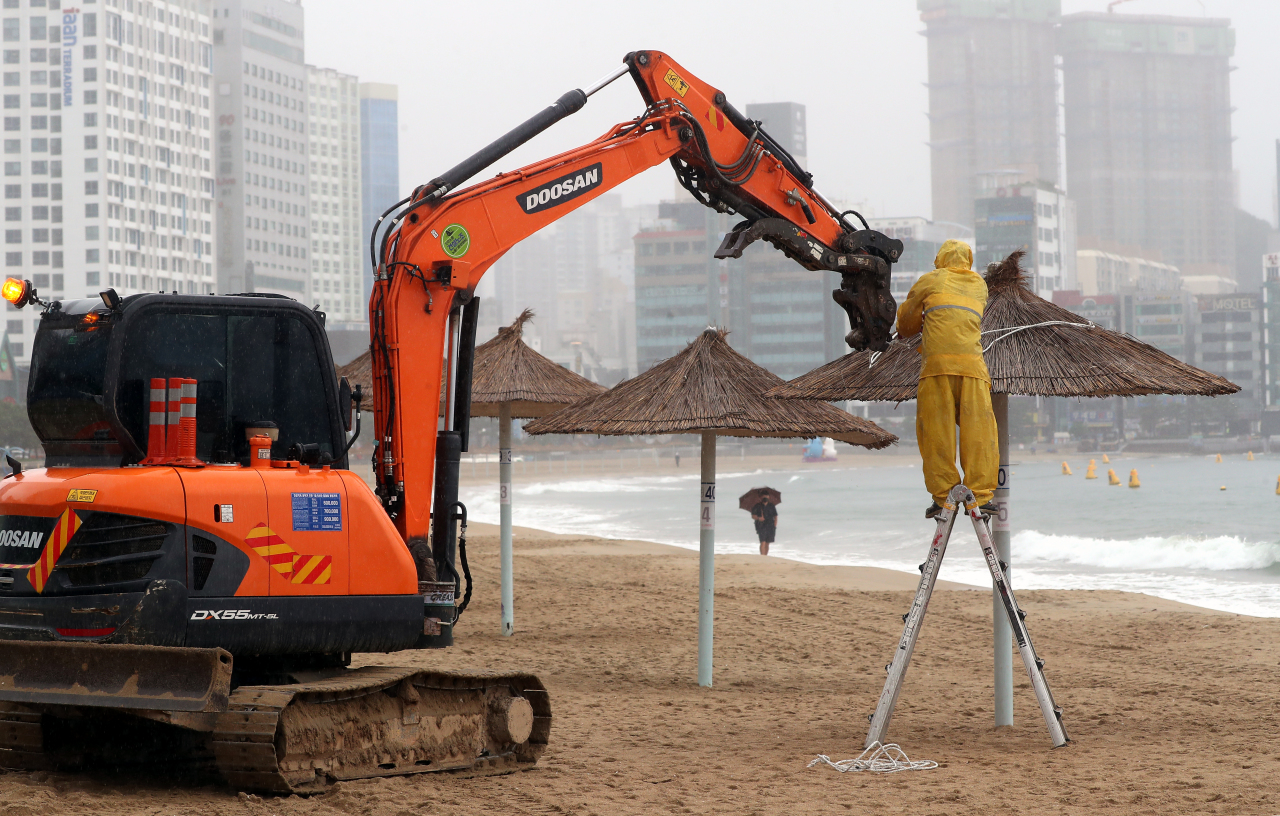