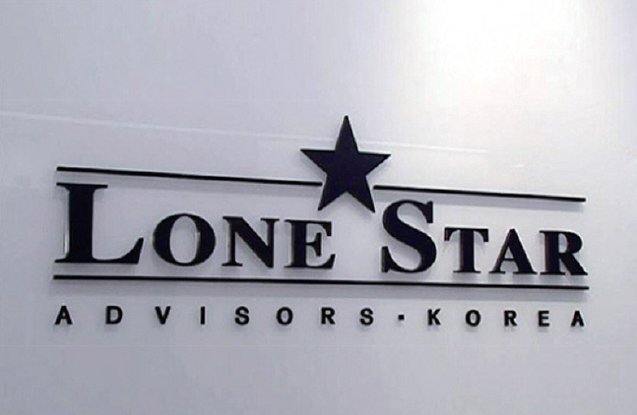 The Washington, DC-based International Centre for Settlement of Investment Disputes (ICSID) delivered the verdict in the investor-state dispute settlement suit that Lone Star filed in 2012 to demand $4.68 billion in compensation from South Korea's government, according to the Justice Ministry.

The decision is seen as a victory for South Korea as the amount is only 4.6 percent of Lone Star's demand.

Separately, however, the ICSID ordered South Korea to pay accumulated interest in accordance with the US 1-month treasury rate calculated from Dec. 3, 2011, until the payment is completed, according to ministry officials.

The Texas-based firm claimed its 2007 plan to sell a controlling stake in the now-defunct Korea Exchange Bank to global banking giant HSBC fell through because Seoul's financial regulatory authorities delayed approval of the deal.

Lone Star, which acquired the KEB stake for 1.38 trillion won ($1.02 billion) in 2003, had planned to sell off the stake to HSBC for about 5.94 trillion won but eventually ended up selling it to Seoul-based Hana Financial Group for some 3.9 trillion won in 2012.

Lone Star claimed that South Korea deliberately delayed approval of the deal with HSBC and pressured it to lower the price in the deal with Hana Financial Group, depriving the firm of fair and equitable treatment and other protections guaranteed in the investment treaty.

South Korea rejected the claims, arguing it treated Lone Star equally and fairly, as in the case of domestic entities, in accordance with international laws and local regulations.

The Seoul government has also maintained there were legitimate reasons to hold up the deal with HSBC, pointing out that legal issues involving the firm were ongoing at the time, including allegations of stock manipulation in the course of Lone Star's acquisition of KEB's credit card unit.

In another issue, Lone Star claimed Korean tax authorities applied inconsistent standards, seeking to claim back the taxes it paid on the proceeds from selling off its assets because it was technically its subsidiaries based in either Belgium or Luxembourg that carried out the transactions.

The ICSID's decision is unlikely to be reversed, though there is a process to seek its cancellation, according to legal experts. South Korea can file an application for annulment within 120 days after the verdict is awarded, according to the ICSID.

It marked the first time for South Korea to compensate millions of won in the investor-state dispute. In 2018, the ICSID ruled in favor of the Iranian family, the Dayyanis, and ordered Seoul to pay 73 billion won in compensation over a failed takeover of Daewoo Electronics.

The ruling was closely watched in South Korea not only because of the amount of money involved but also the alleged involvement of several incumbent high-ranking officials in the issue.

Allegations arose earlier this year that Prime Minister Han Duck-soo was paid a total of 150 million won between November 2002 and July 2003 as an adviser for the local law firm Kim & Chang, which represented Lone Star at the time.

Lone Star's entry into and exit from South Korea has been a target of criticism in South Korea amid widespread public perceptions that the firm made huge profits by taking advantage of the country's economic difficulties in the wake of the Asian financial crisis in the late 1990s. (Yonhap)