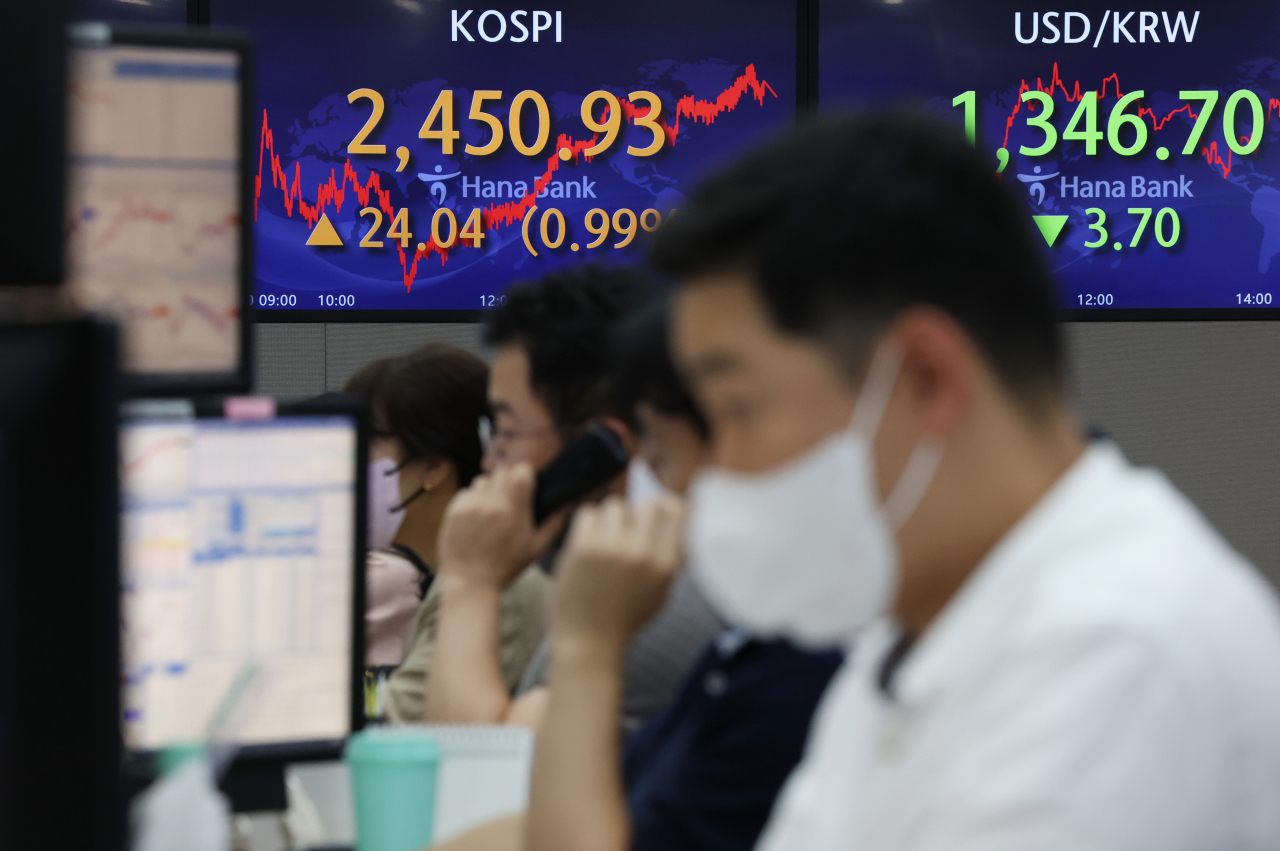 Institutions and foreign investors unloaded a net 160.8 billion won worth of shares, while retail investors picked up a net 140.2 billion won.

"Investors seemed to go bargain hunting after a stock sell-off in the previous session," Choi Yoo-joon, an analyst at Shinhan Investment Corp., said.

Higher interest rates, which he said will cause "some pain" to the economy, will likely continue "for some time," Powell said.

In Seoul, most big-cap stocks rose across the board.