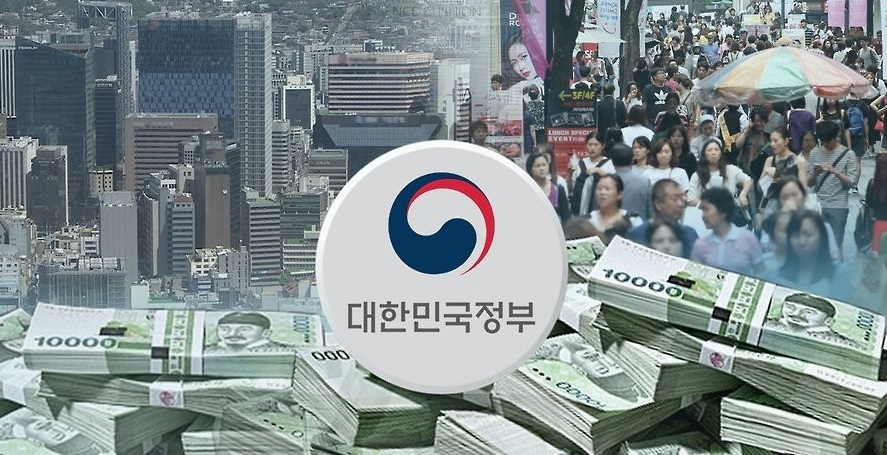 South Korea on Tuesday proposed a budget of 639 trillion won ($473.5 billion) for next year in the slowest spending growth in six years as it seeks to implement a belt-tightening policy to improve fiscal health.

The proposal represents a 5.2 percent hike from this year's budget of 607.7 trillion won and compares with an 8.9 percent on-year increase for the 2022 state budget.

But it marks the slowest growth since a 3.7 percent rise for the 2017 budget and a 6 percent on-year fall from this year's total expenditures of 679.5 trillion won that include two rounds of extra budgets. It will be the first time since 2010 that the budget proposal had been smaller than the preceding year's total spending.

The finance ministry plans to submit the budget proposal, endorsed by the Cabinet on Tuesday, to the National Assembly on Friday for approval.

The move comes as the Yoon Suk-yeol government vowed to implement an austerity policy to enhance the soundness of public finances in a shift from years of expansionary fiscal spending maintained under the preceding Moon Jae-in government.

Under the Moon administration, the total government spending grew at a yearly average of 8.7 percent. As a result, the national debt rose more than 400 trillion won over the past five years, according to the ministry.

Finance Minister Choo Kyung-ho voiced concerns that a sharp rise in the fiscal deficit and the state debt could pose a threat to the country's sovereign ratings.

"Amid (heightened economic) uncertainty, it is very important to improve fiscal soundness, the last line of defense and safety valve for the economy," Choo told a press briefing on Thursday.

The government aims to manage the yearly growth of fiscal spending at an average of 4.6 percent between 2022 and 2026.

The shift to a belt-tightening policy comes at a time of "complex" economic challenges from the economic slowdown and high inflation.

While the government will cut non-core expenditures by a record 24 trillion won to draw up the budget, it also aims to spend more to support vulnerable people and invest in key projects for the future.

Of the proposed budget, the government will set aside 31.6 trillion won to boost income and enhance the security of housing and jobs for low-income households.

The country plans to spend 5.5 trillion won to help stabilize inflation. To this end, it will double the issuance of discount coupons for grocery purchases and expand energy vouchers for low-income families.

The government plans to earmark 12.1 trillion won to help create quality jobs. It will reduce state-arranged short-term jobs for senior citizens but instead spend more to back companies' job creation efforts.

The nation plans to set aside 3.7 trillion won to nurture future-oriented industries. Of the amount, it will invest 1 trillion won to help Korean chipmakers take the lead in the memory chip sector and secure competitiveness in system semiconductors.

To cope with the COVID-19 pandemic, the country will set aside 4.5 trillion won next year, down 2.4 trillion won from this year. It will spend some 900 billion won to buy 15 million doses of vaccines and support inoculation.

The government also plans to invest 11 trillion won next year to implement its policy goals that would require 209 trillion won in budget spending for five years going forward.

South Korea's national debt is expected to reach 1,134.8 trillion won next year, up from 1,068.8 trillion won in 2022. The debt-to-GDP ratio will slightly rise to 49.8 percent from 49.7 percent, but the pace of debt growth will be the smallest in four years.

The government set the goal of reducing the fiscal deficit to around 2.5 percent of GDP between 2022 and 2026. Then, the deficit-to-GDP ratio will fall below 3 percent for the first time since 2019.

The country also has a plan to cut the debt-to-GDP ratio to "the midpoint" of the 50 percent range over the medium term. (Yonhap)