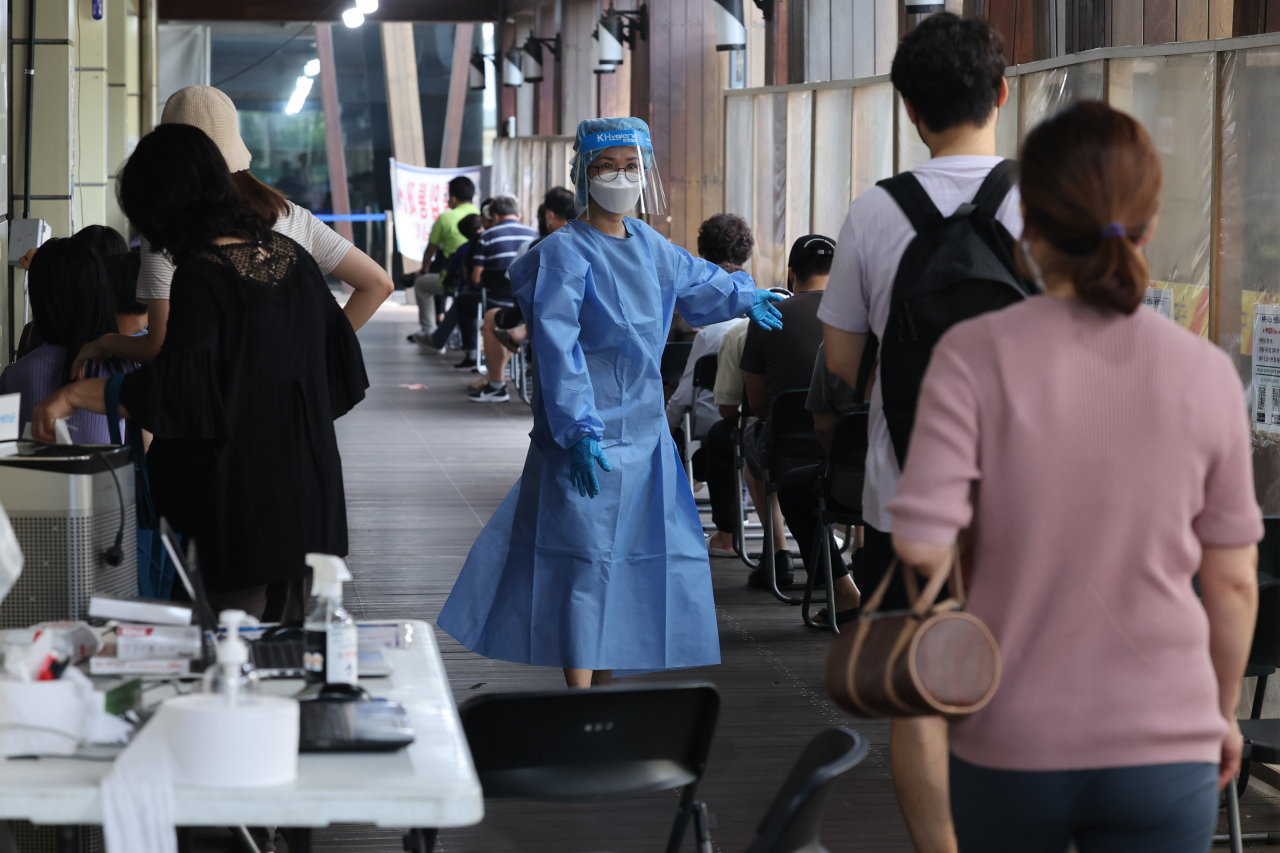 People line up at a COVID-19 testing center in Seoul last Sunday. (Yonhap)

The government will also buy back Treasury bonds and take steps to help curb a rise in bond yields, when needed, if the bond market shows jitters amid global rate hike drives, according to First Vice Finance Minister Bang Ki-sun.

The finance ministry said the South Korean currency has weakened against the U.S. dollar due to a globally strong dollar, rather than the issue of the country's external soundness.

"As there are concerns that herd behavior in the FX market could expand, the government will closely monitor the situation and take market-stabilizing measures in a timely fashion if there are one-sided movements or increased speculative bets in the market," Bang said at a meeting on the economy.

The South Korean currency has sharply slid against the dollar in recent months amid the Federal Reserve's aggressive monetary tightening.

The local currency fell below the 1,340-won level per dollar for the first time in more than 13 years Tuesday. The won has weakened about 11 percent against the greenback so far this year.

"The current account balance, a key gauge of a country's external soundness, also posted a surplus of $24.8 billion in the first half," he added.

"The government will monitor the bond market and the outcome of the Fed's annual Jackson Hole meeting set for this week. If excessive volatility in the bond market continues, the government plans to expand the volume of bond buybacks or purchase Treasurys from the market," he said.

The Bank of Korea raised the key interest rate by 0.25 percentage point to 2.5 percent Thursday to tame inflation. The decision followed its first-ever "big-step" rate hike of 50 basis points in July and marked the seventh rate increase since August last year. (Yonhap)