[ The Korea Herald – Send E-mail ]
[Photo News] First lady mourns over death of mother and her 2 daughters
By Lim Jae-Seong
Published : Aug 25, 2022 - 18:17
Updated : Aug 25, 2022 - 18:17
First lady Kim Keon-hee visited a funeral house in Suwon, Gyeonggi Province, on Thursday and paid condolences to a mother and her two daughters who were found dead earlier this week, after reportedly struggling with debt and illness.

The mother, in her 60s, and her two daughters in their 40s apparently took their own lives after the family suffered from financial difficulties and serious illness, including cancer. Their marginalization from social welfare shocked the public. President Yoon Suk-yeol vowed to curb the recurrence of similar cases on Tuesday.

Here are some photos from the scene. 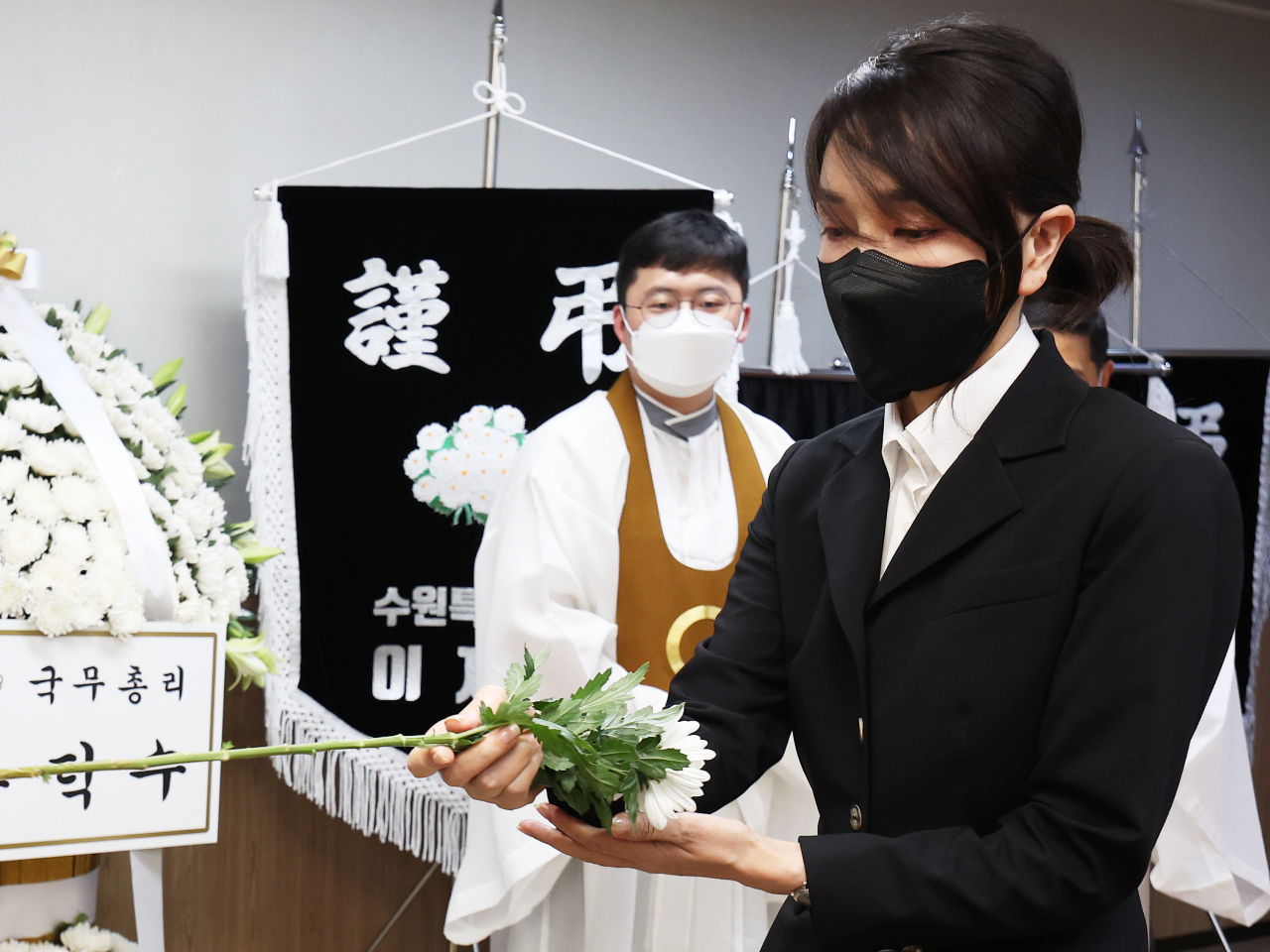 First lady Kim Keon-hee lays flowers on the altar during her visit Thursday to the funeral house in Suwon, Gyeonggi Province, where the public funeral for the mother and her two daughters is being held. (Yonhap) 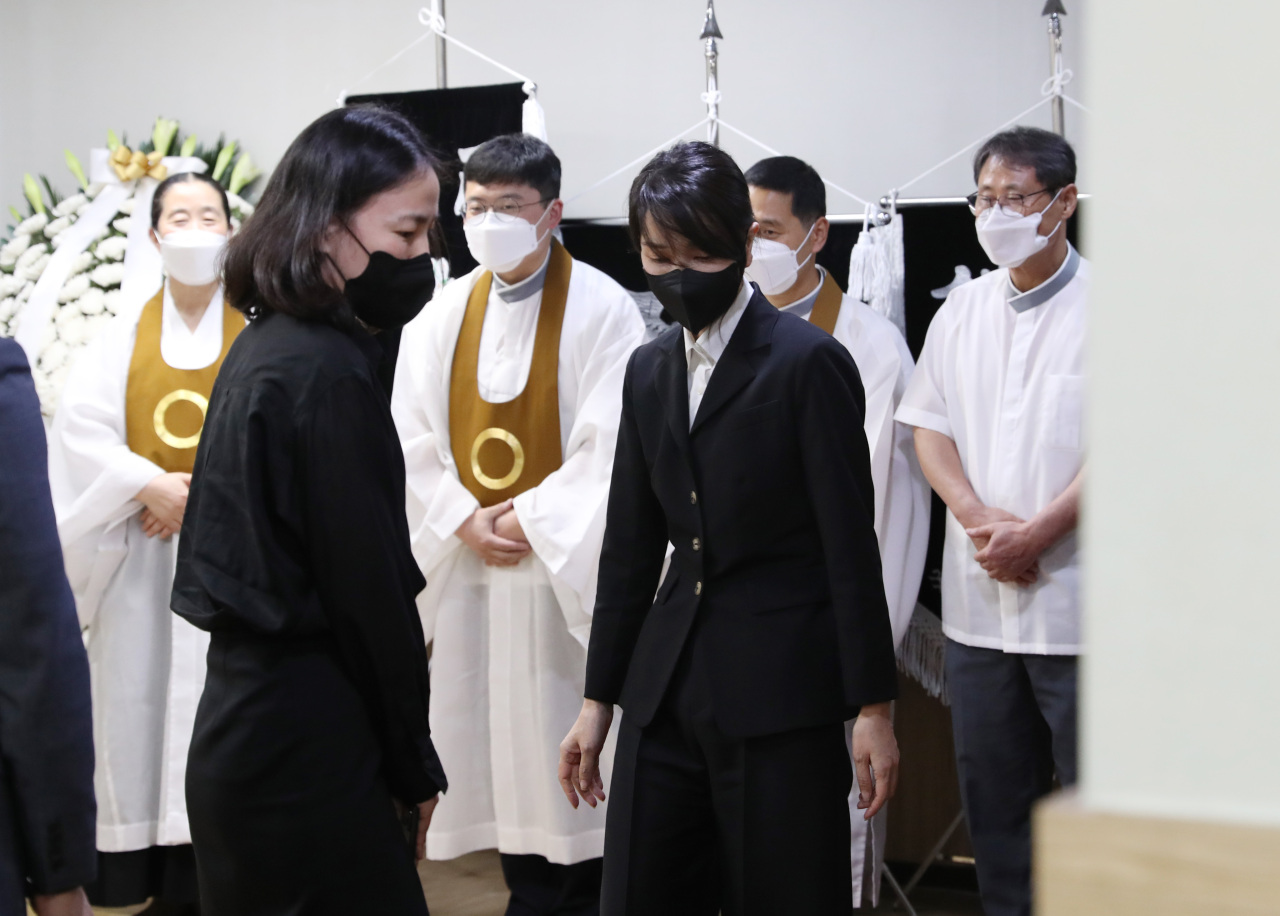 Kim leaves the funeral house after a brief conversation with Won-Buddhist priests who preside over the funeral Thursday.(Yonhap) 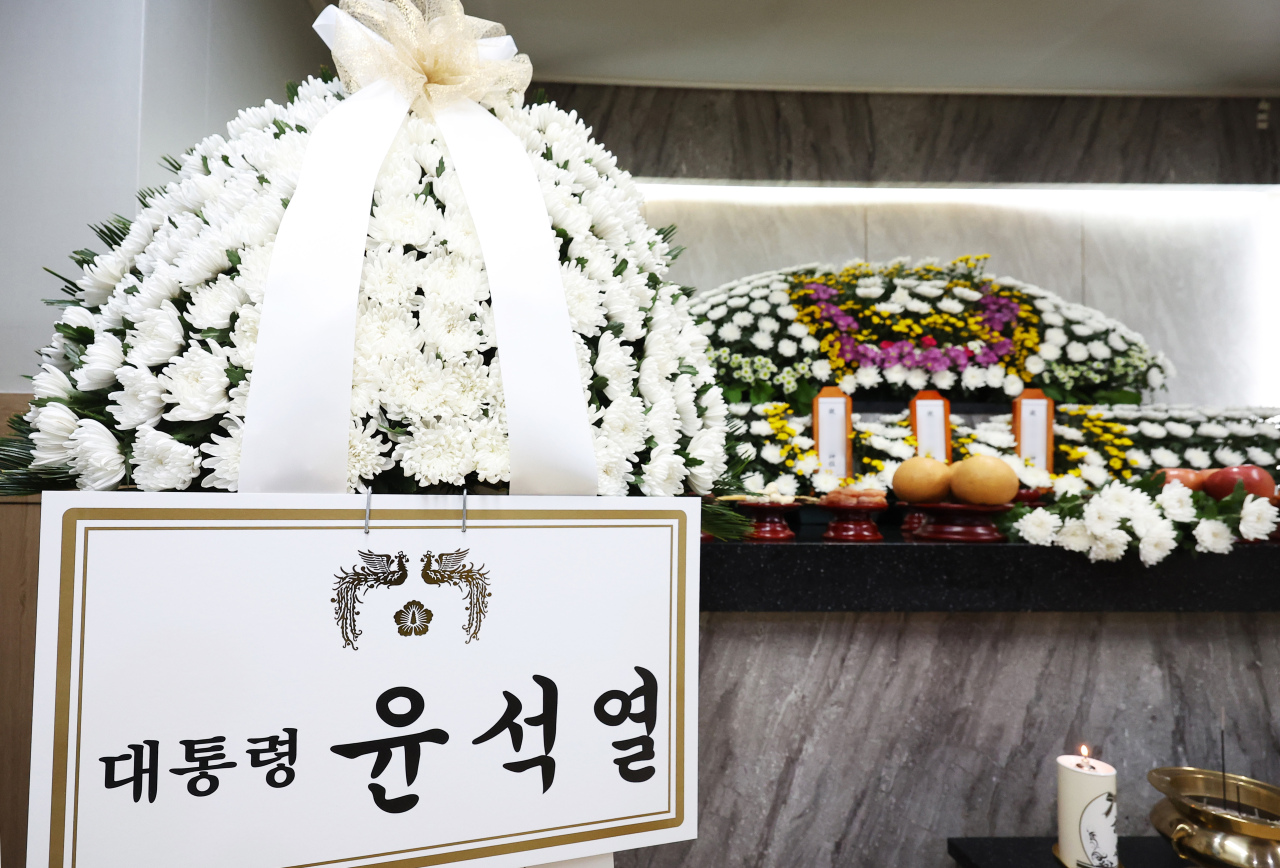 Condolence flowers for the mother and her two daughters sent by President Yoon Suk-yeol are laid in front of the funeral altar on Thursday.(Yonhap)