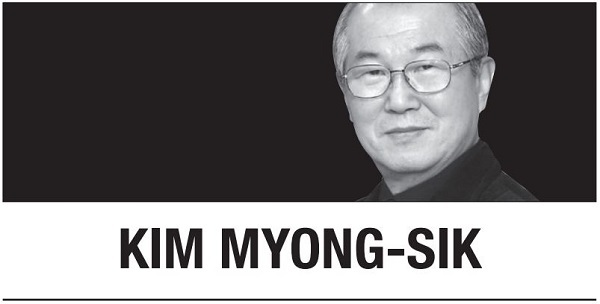 Prosecutors from Seoul and Daejeon separately conducted search and seizure operations at the Presidential Archive last week to secure materials on two major controversial events during the Moon Jae-in administration. With recent bad memories of political reprisals under the pretext of righting past wrongs, there are concerns that this could mean the beginning of a new round of retaliation after a change of power.

They seized presidential documents related to the premature closedown of a nuclear power plant in Wolseong, North Gyeongsang Province, and the repatriation of two North Korean escapees against their wishes to remain in South Korea. The ruling People Power Party and some civic groups have filed criminal complaints against the former president and his aides for their involvement in these ignominious legacies of the past leftist regime.

The Wolseong facility, shut down in 2019 after a costly refurbishment for a maximum 20-year extension, represents the Moon administration’s daring energy policy to see an end to nuclear power generation by the middle of this century. The two North Koreans sent back to the North through the Panmunjom truce village in November 2019 were cited by the new right-wing rulers as sacrifices offered to Pyongyang by Moon’s leftist clique.

The Presidential Archive in the central administration complex of Sejong City keeps in storage official and unofficial records of presidential activities for 30 years before they are open to the public on request. Law enforcement authorities can look through specific items with court orders.

Now, it is everyone’s guess whether and when the prosecution will issue a summons to the former president, who is enjoying his retirement at his country home in Yangsan, South Gyeongsang Province. In connection with the closure of the No. 1 Wolseong power plant, Baek Un-gyu, the former minister of industry and resources under Moon, and three senior officials of the ministry have already been indicted on charges of gross negligence and abuse of power.

An earlier government inspection detected a coordinated foul play between the ministry and the presidential office. The investigation is to be focused on a false technical report that illustrated the low economic value of the 570-megawatt CANDU-type power plant, which operated the second oldest of South Korea’s 24 reactors.

Prosecutors must be searching for print, audio or video materials in the archive to prove Moon’s involvement in the shutdown order, for which unlawful practices at the working level have already been uncovered. Coercion from above could warrant criminal charges, although advocates for the former president would defend him, citing the need to fulfill his denuclearization policy.

Regarding the two repatriated North Koreans, the basic argument concerns the Republic of Korea Constitution which defines the entire Korean Peninsula as the territory of the ROK, accordingly qualifying all Koreans in both the Southern and Northern parts as ROK nationals. Therefore, delivery of any North Korean refugee to the area under the control of the Democratic People’s Republic of Korea, legally an anti-state organization, constitutes a punishable crime. If such an order came from the president, it cannot be condoned.

The present authorities of the National Intelligence Service have taken legal steps accusing former NIS head Park Jie-won, former National Security Office chief Suh Hoon and former Defense Minister Seo Wook as co-conspirators in the decision to send the North Korean fishermen back to the North. Defending the repatriation which reportedly resulted in the returnees’ immediate execution, the opposition Democratic Party of Korea claims that they deserved no place in the South as they committed multiple murders on their way to the South in the East Sea.

Prosecutors might also be interested in looking into another maritime border incident in 2020 in which a South Korean fisheries official mysteriously left his ship and was killed by North Korean guards while Southern military and civilian authorities made no effort to save him. Critics have accused the presidential office of sidelining the incident as it was too focused on pursuing a peace initiative with Pyongyang at that time.

President Yoon will now decide what to do about the main actors of the previous leftist rule for the mistakes they made in the exercise of their administrative and political powers. He may consider three things: First, how to appropriately match the scope of the former regime’s campaign to eliminate “evils from the past” (in which more than 100 senior officials of the previous conservative government were criminally charged in nearly 20 different cases); second, how to satisfy voters who supported him in the last election; and third, how to remove obstacles to his five-year term of governance.

The search and seizure of the Presidential Archive signaled the launch of the Yoon Suk-yeol version of clearing the past -- or “political vendetta,” as the opposition calls it -- but even the president himself would not know how far it would have to go to be compared with the previous administration, which incarcerated two former conservative presidents and three former state intelligence chiefs.

From 2017, the Democratic Party rule went out of bounds in the wrong belief that the candlelight demonstrations protesting then-President Park Geun-hye’s incompetence licensed them to put the nation into reverse. North Korea is allowed to show contempt toward the South, toting its weapons of mass destruction; relations with the United States and Japan were strained; radical labor prospered, holding their employer hostage; indiscriminate welfare drained state coffers; energy costs jumped as the phaseout of nuclear power plants began.

The new South Korean president may be tempted to take the easy path in making a U-turn from the wildly ineffective social and economic policies of the former government and make as many arrests and indictments as his predecessor did. But patriotic Koreans now wish to advise the political novice Yoon Suk-yeol to begin preparing a new manual for a change of power that can prevent the waste of national energy on political revenge.

Yoon is the right person to do this because he was instrumental in the Moon administration’s clean-up operation against the past ruling force and then jumped ship when he realized its skipper took the wrong course with an unqualified crew. His first 100 days as the new captain of the SS ROK should have given him the conviction that his remaining four years and nine months are too precious a time to spend on repeating power games.


By Kim Myong-sik
Kim Myong-sik is a former editorial writer for The Korea Herald and former managing editor of The Korea Times. – Ed.