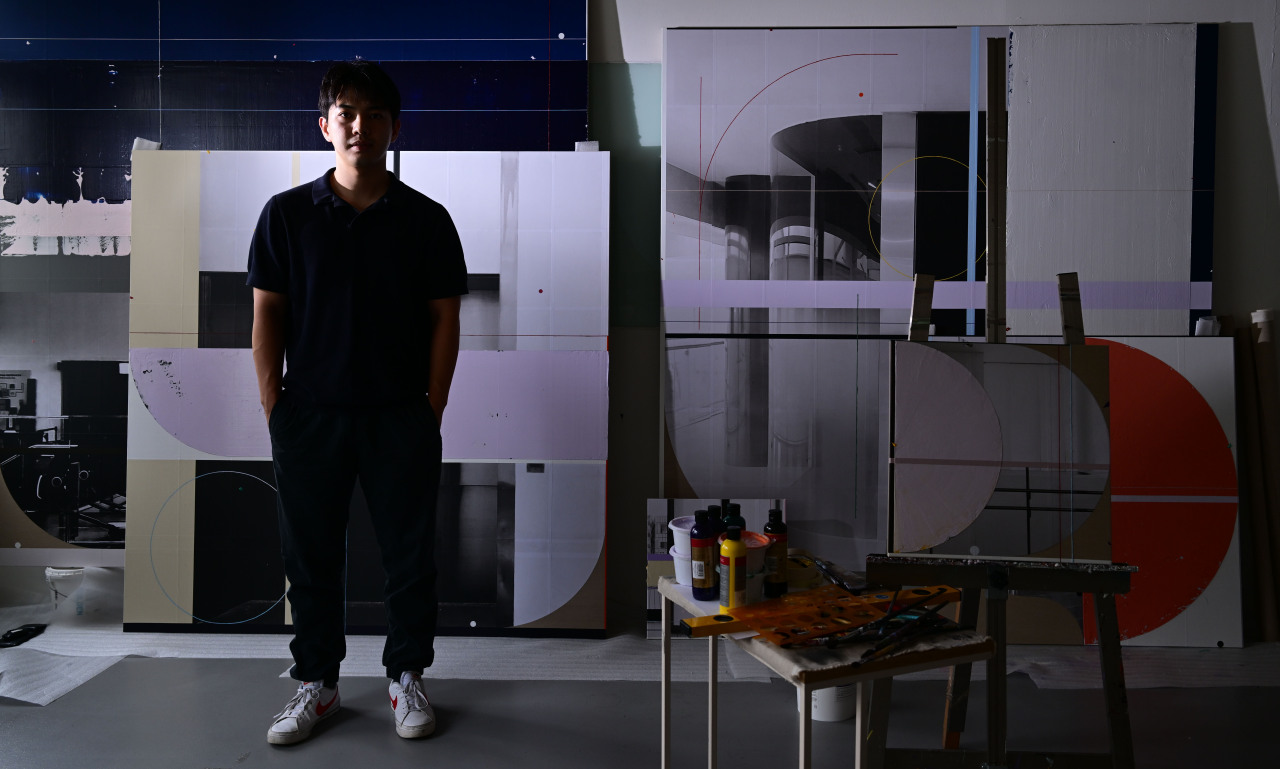 Lee Hee-joon poses for photos on July 20 at Seoul Art Space Geumcheon in Seoul. (Park Hae-mook/The Korea Herald)
Following is the second in a six-part series highlighting the next generation of Korean artists active in the international art scene. – Ed

At a glance, Lee Hee-joon‘s studio seems like that of an architect or carpenter, with paints and equipment likely to be used on construction sites scattered around the space. Since early this year, Lee has been working at Seoul Art Space Geumcheon in northern Seoul as part of a residency program.

Lee’s recent series, “Image Architect,” is placed on easels or propped up against the wall in the studio, and the floor is littered with paints and a long squeegee made of foam boards that he assembled himself. He began exploring the photo-collage painting series last year, expanding his early series, “A Shape of Taste.”

Born in Seoul, the 34-year-old painter has witnessed how fast the buildings and landscape of the city have changed over time. Such changes stood out, particularly in the neighborhood around Hongik University, his alma mater, that underwent gentrification. 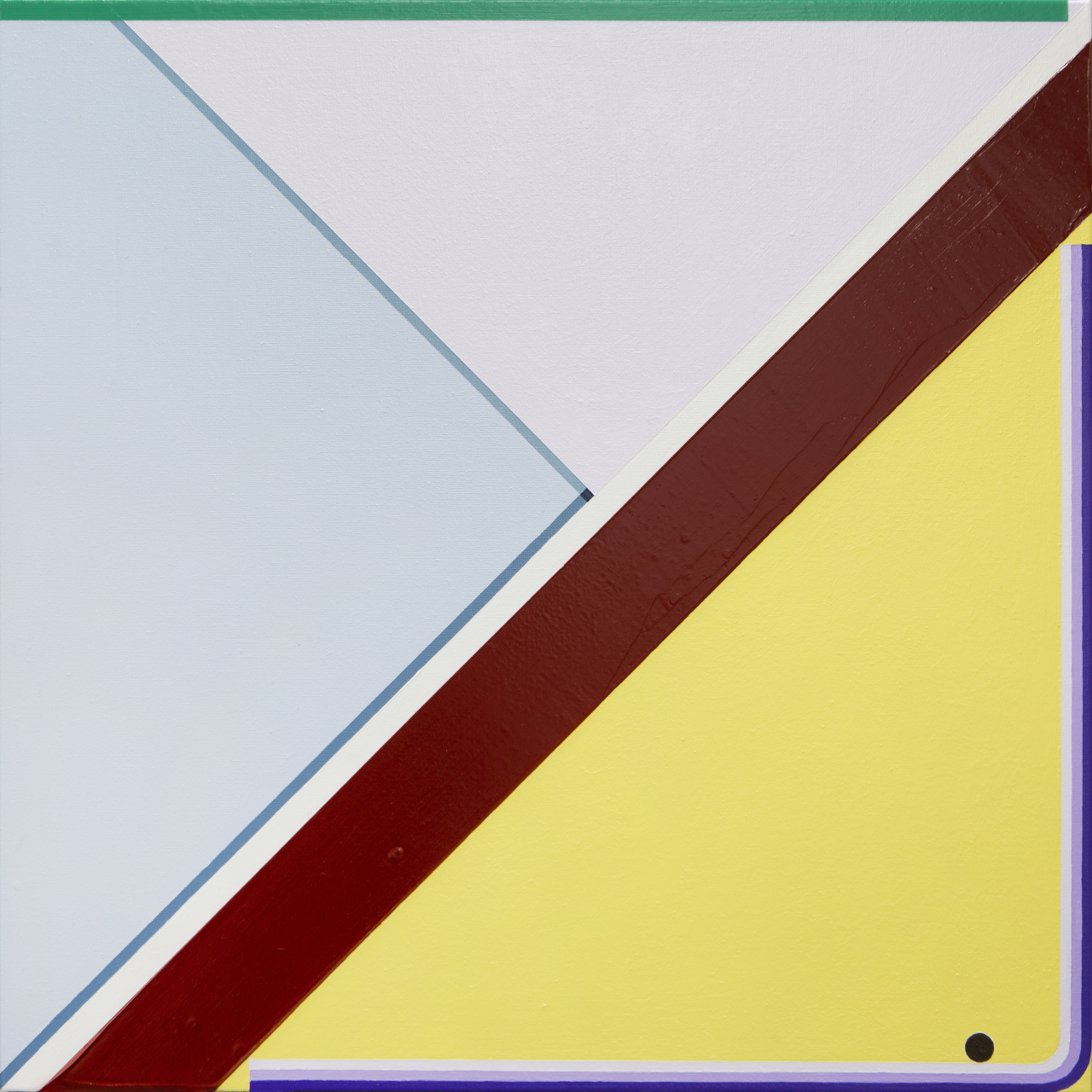 “A Shape of Taste No. 37” by Lee Hee-joon (Kukje Gallery)
"New layers were constantly added over the existing layers. It was interesting to find out that the original buildings were old red-brick buildings,” Lee said.

Lee puts layer over layer in different colors on a canvas using a squeegee stick he made as if he were constructing a space or cementing a wall. When using the squeegee, he described the thrill he felt as similar to watching a construction worker spread cement on a wall. Lee‘s artistic practice is evident in the geometric shapes of his early “A Shape of Taste” series.

Lee was struck by the colors of Seoul when he returned to the capital in 2014 after studying fine arts at the Glasgow School of Arts in the UK. He recalled living in an old neighborhood surrounded by buildings that created a calm atmosphere that heavily contrasted with the bright and vibrant colors Seoul.

"Upon arriving, I found the city glittering with lights, and there were so many colorful signs on buildings. I knew that this is what makes Seoul special. The landscape looks compact and tight, but if you take a close look at each building or house, you will see that they all have their own colors. It’s interesting,” Lee said. 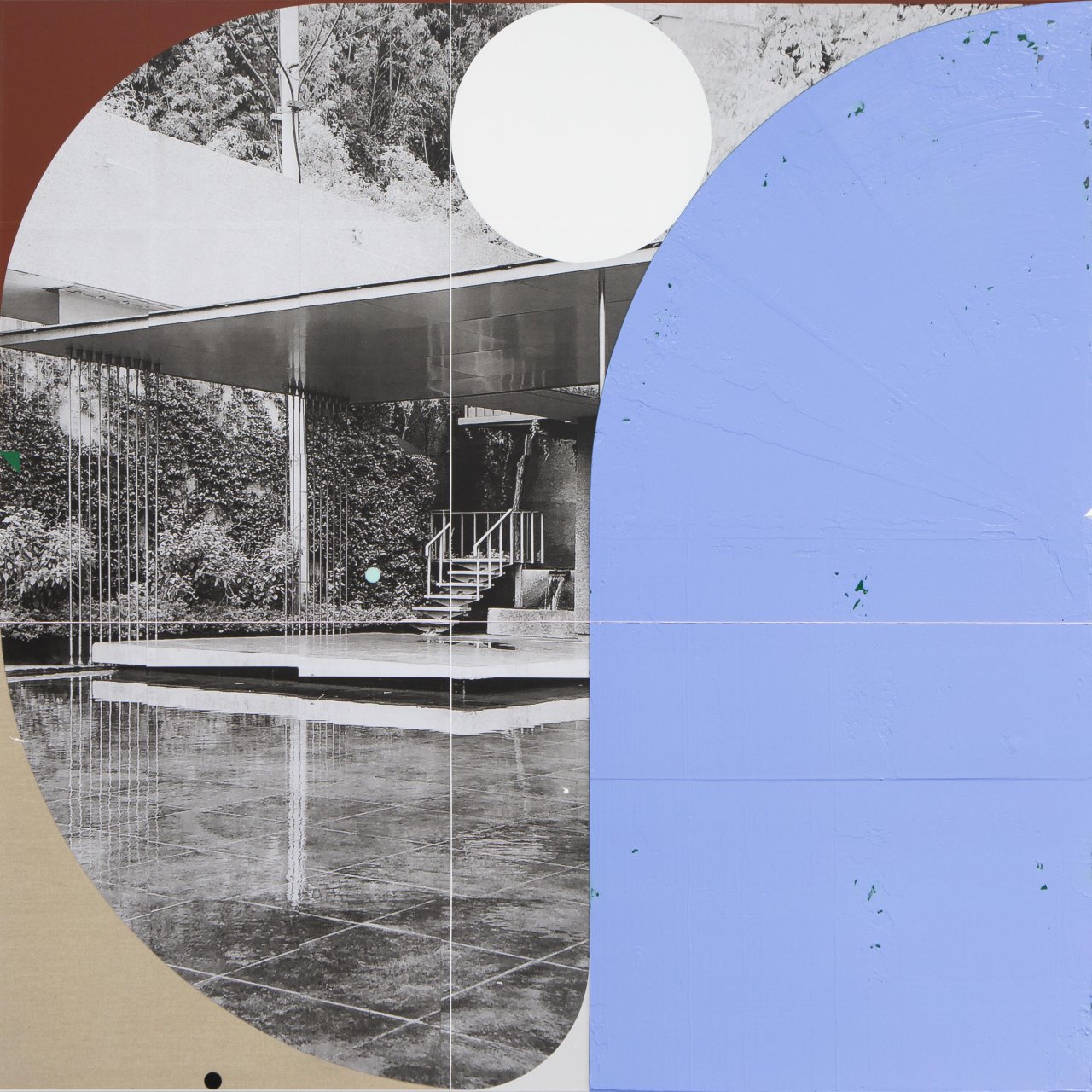 Lee expanded his artistic practice in the recent “Image Architect” series. In the series, Lee reveals the image of architecture that he photographed, painting layers of colors using a squeegee and brush. The colors represent layers of his emotions and thoughts as well as the atmosphere and mood of the place. A gray concrete space in his photograph contrasts with the colors he layered over, his own story breathing new life into the place.

"I had a really good watermelon juice there,” Lee said about a piece from his “Image Architect” series. “I am thinking about adding a color that represents the taste of watermelon before I finish.”

Lee said painting makes him think about the role it has in an art scene in which virtual reality and NFTs continue to grow in prominence.

"For me, painting begins and ends with materials that evoke different feelings in viewers. I think the complex mechanism created by materials is the most attractive feature of paintings,” Lee said.

Although it may look like a flat surface, the viewers can find the unique texture of paints, said Sungah Serena Choo, an independent curator who curated Lee’s first solo exhibition “Interior nor Exterior: Prototype” in 2016 at Kigoja, Independent Arts Space Initiative, in Seoul.

"If you look closer at his paintings, you may find some traces created in the process of layering a chunk of paint using a squeegee. Those marks are similar to those produced in cementing on construction sites,” Choo said.

Lee has been part of group exhibitions at Art Sonje Center in 2021 and Seoul Museum of Art and Museum SAN in 2019. Most recently, he had a solo exhibition at Kukje Gallery in Busan from July 1 to Aug. 14. He received his bachelor of fine arts in painting and sculpture from Hongik University in 2012. 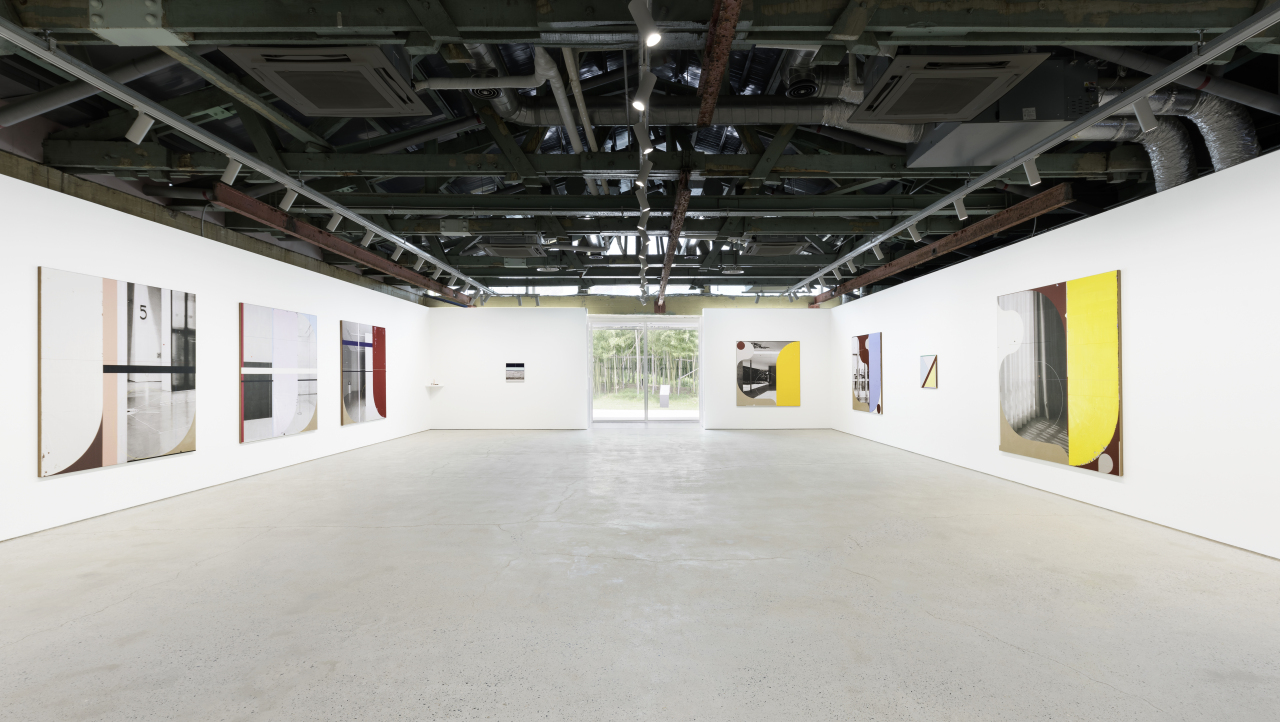