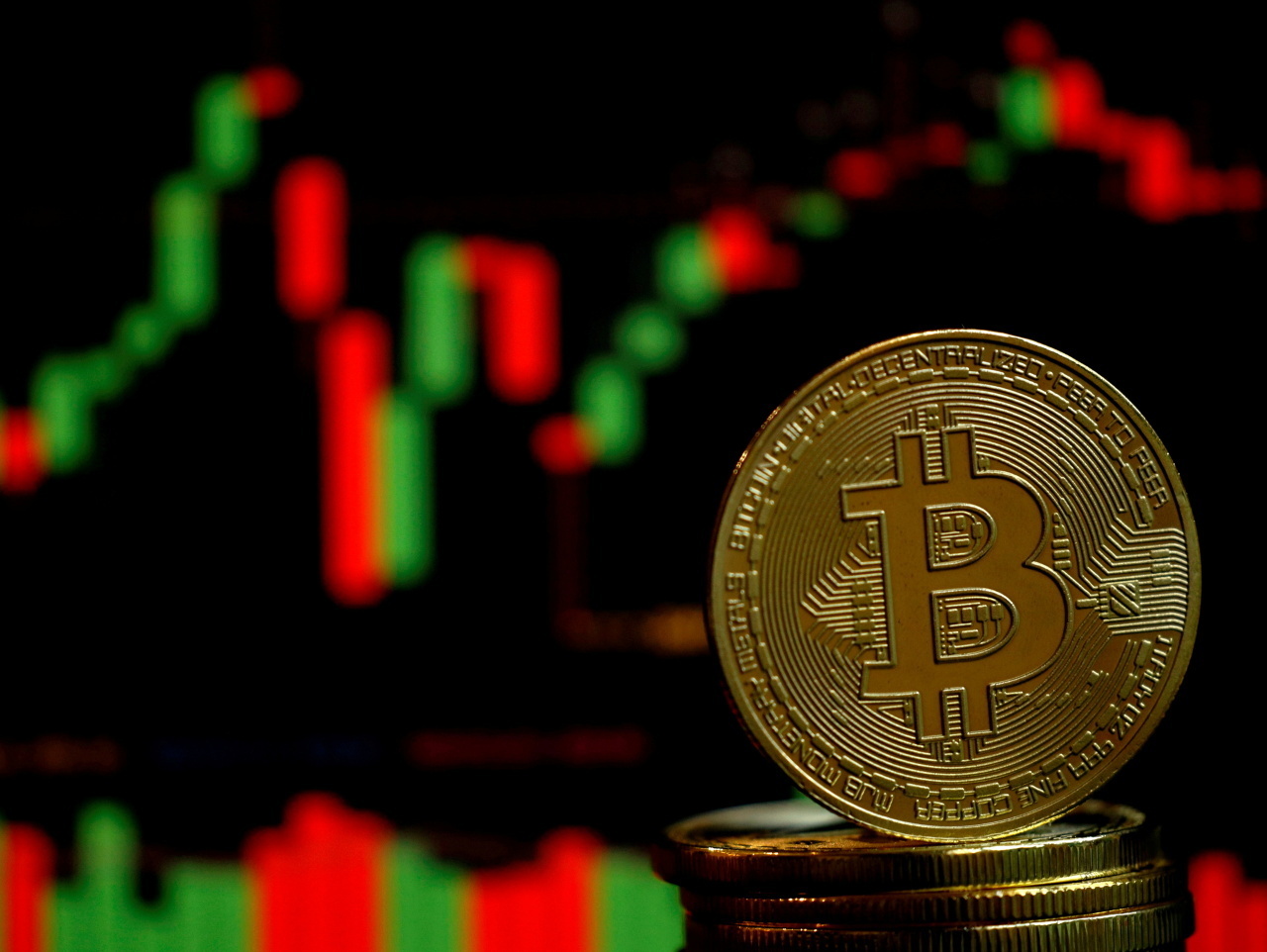 A representation of the virtual cryptocurrency Bitcoin is seen in this picture illustration taken June 14, 2021. (Reuters)
Cryptocurrency airdrop, which refers to a marketing stunt involving sending coins or tokens to wallet addresses, is legally subjected to gift tax, officials said Monday.

The Ministry of Economy and Finance’s Tax and Custom’s Office said that crypto issuers delivering coins or tokens to wallets of traders for free is subjected to the nation’s gift tax under the Inheritance Tax and Gift Tax Act.
The statement comes amid South Korea’s efforts to set a solid framework for cryptocurrency trading and related laws.

Though Korea has yet to impose capital gains tax on crypto trading, it currently levies gift tax on assets “gifted” between parties. However, it lacks detailed standards and monitoring system on crypto “gifts” including airdrops.

Ministry officials also noted the issue surrounding the lack of monitoring system, saying that “(though crypto airdrop is subjected to gift tax,) the act must be assessed depending on the size of the asset, how much the sender received in return and other background information.”

The latest announcement follows the ministry’s decision earlier this month to levy gift tax or inheritance tax even after 15 years  if a crypto user is found to have illegally given or inherited more than 5 billion won worth of coins or tokens to another party through cross-border trading. The period during which a national tax can be imposed is usually 15 years if the person evaded a national tax due to any improper act committed in cross-border trades.

Last month, the government pushed back the adoption of capital gains tax to Jan. 1, 2025 from the initial Jan.1, 2023, citing the need for more time for crypto exchanges and businesses to set up tax systems. It plans to levy 20% capital gains tax on any annual gains of more than 2.5 million won ($1,866) earned from trading of cryptocurrencies.

Korea has been tightening its grip on crypto trading this year with police and prosecutors launching various probes on crypto exchanges and issuers. But at the same time, President Yoon Suk-yeol, who took office in May, pledged to support the burgeoning industry so Korea is not left behind in the global race for growth. Private-led economy and deregulation have since been the mantra for his Cabinet, including the FSC chief.