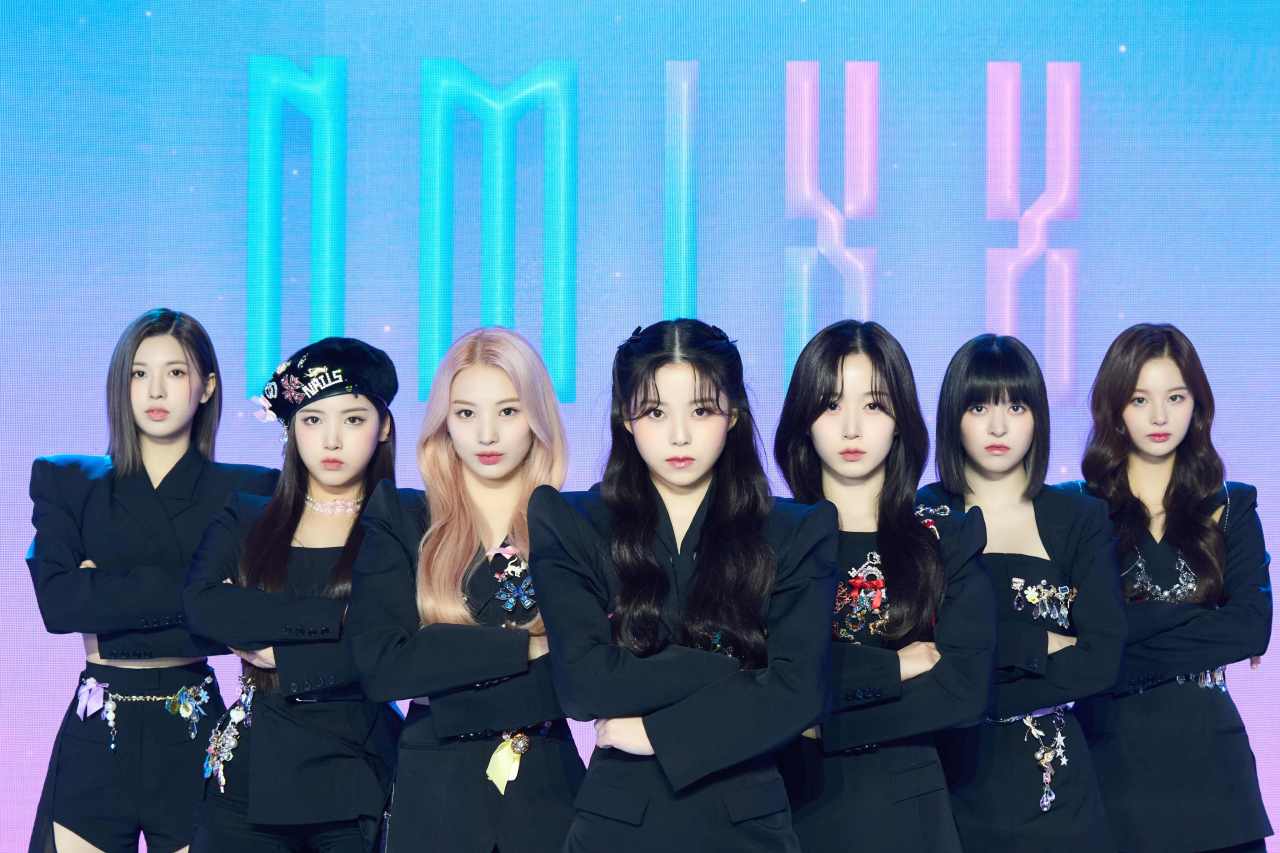 JYP Entertainment on Monday said through a statement that NMixx will return for the first time in seven months with its second single, “Entwurf,” on Sept. 19.

Official promotion for the return kicked off earlier that day when the group tweeted the name of the track. A few minutes after the release of the poster, the band retweeted a post from a suspicious-seeming account, warning fans not to follow it. The mysterious account, named “XXIWN,” is widely believed to be part of NMixx ‘s promotion campaign.

Little has been revealed about the new single, with the group expected to give further glimpses of it in the build-up to its release on Sept. 19.

This marks the act’s first new music since Feb. 22, when it released its debut single “Ad Mare.”

As part of JYP Entertainment -- home to many big K-pop names such as Twice, Stray Kids and Itzy -- NMixx caused a buzz even before its official launch.

“Ad Mare” sold over 227,000 copies in its first week, the highest first-week sales of a debut single by any girl group at that time. The record was later broken in May by Le Sserafim and again in August by New Jeans. “Ad Mare” also surpassed 100 million streams on the music streaming platform Spotify in July.

According to JYP, the letter “N” in NMixx stands for new, next, now and the unknown value in math, and conveys the group‘s aspiration to be the “the best combination to lead the new era.”