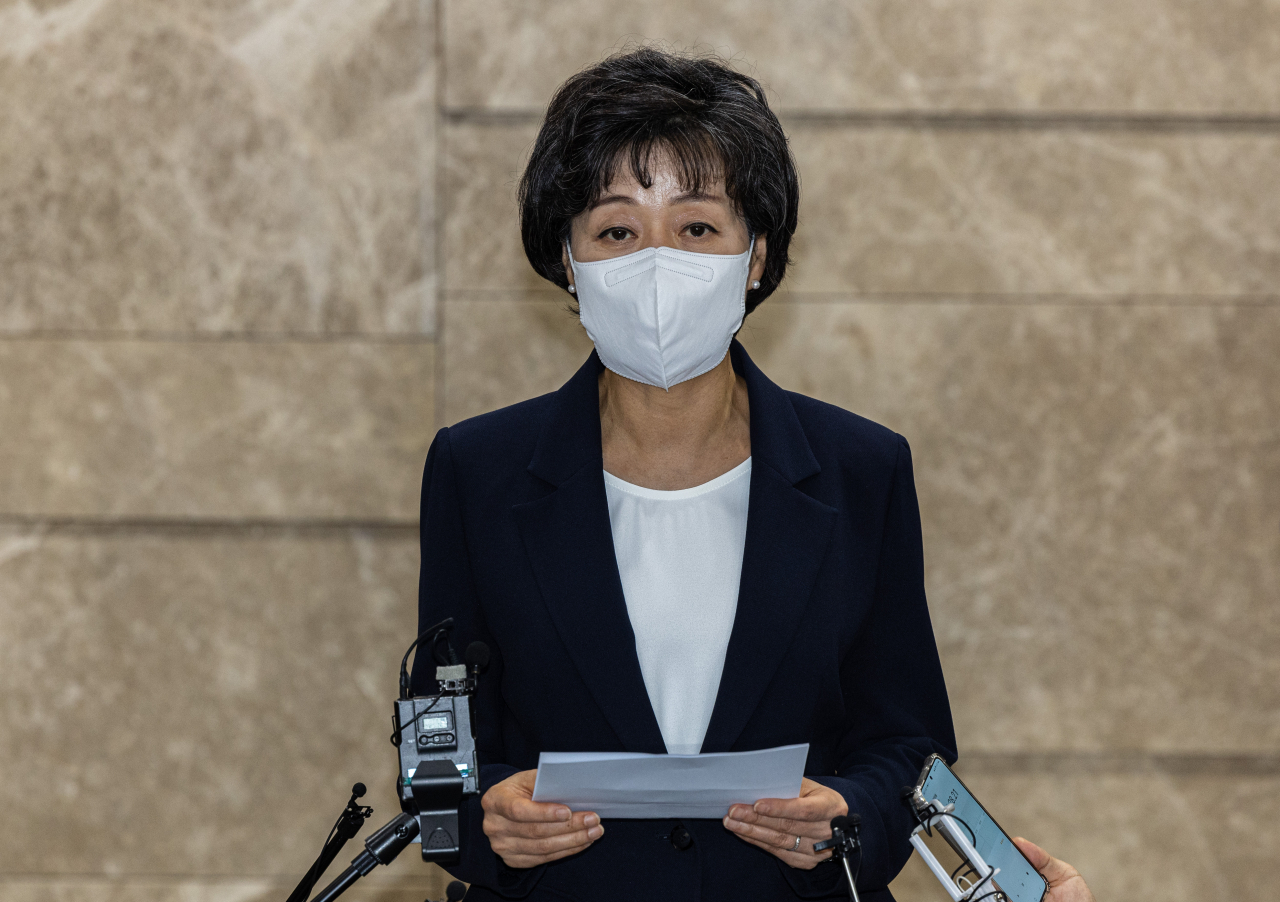 Park, who resigned earlier this month after her proposal to lower the school entry age by one year to 5 infuriated parents, stressed the need to ramp up public relations on the controversial plan after convening a meeting of senior ministry officials, the sources said.

She asked participants to leave comments on relevant online posts, explaining that the policy is part of efforts to strengthen public education and that the government will consider public opinion in shaping the proposal, and to report the comments to her by text message.

Park later took back the order after ministry officials raised concern that the comments could backfire and worsen public opinion on the unpopular proposal. Critics claimed that the proposal came without sufficient preparations and could deepen the country's fierce competition at schools.

Park, who doubled as deputy prime minister for social affairs, stepped down in early August after just 34 days in office, becoming the first Cabinet member in the Yoon Suk-yeol administration to resign.

In a parliamentary briefing held after her resignation, Vice Education Minister Jang Sang-yoon said it has become "realistically difficult" to push ahead with the policy proposal, hinting at scrapping the proposal that caused public outcry. (Yonhap)