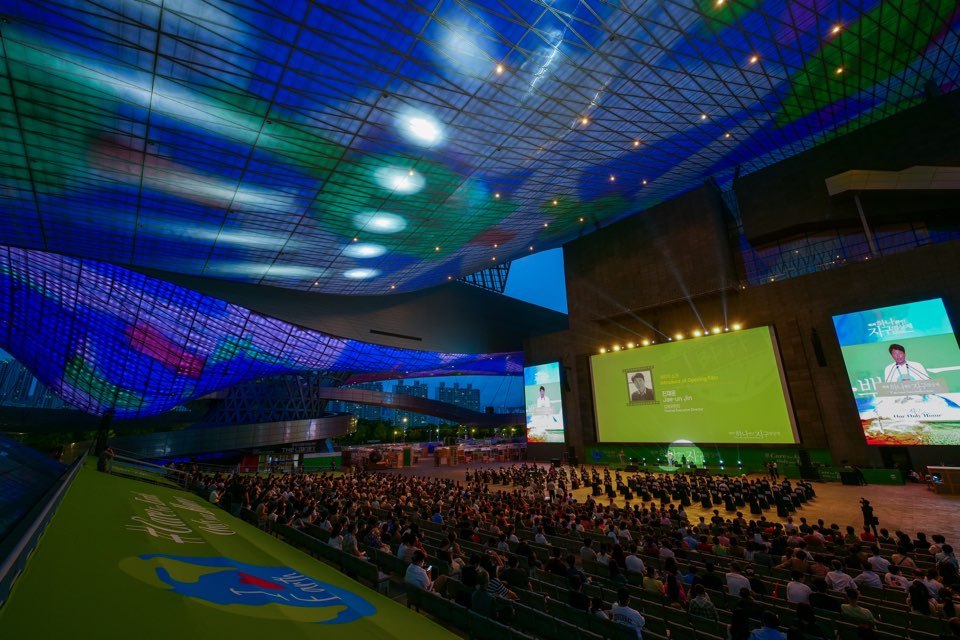 According to the Global Networks For Blue Planet, the host and organizer of the event, a total of 14,787 people participated in the five-day event from Aug. 11 to 15 despite surging COVID-19 cases. About 2,000 people attended the opening ceremony and screening, and there were six Q&A sessions with directors, such as Lithuanian Rugile Barzdziukaite, in which filmmakers and moviegoers could discuss serious issues.

In an effort to help attendees connect with nature, three outdoor screenings were conducted at Busan Citizen’s Park. 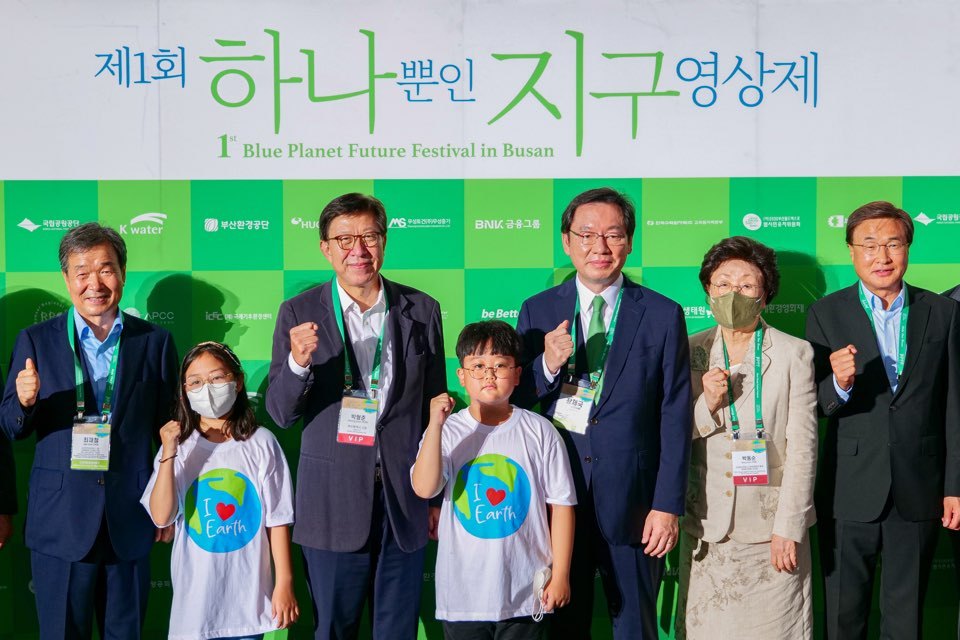 Busan Mayor Park Heong-joon and Chang Jeguk, the organizing committee chairman of the Blue Planet Future Festival, pose for photos during the opening ceremony on Aug. 11. (Global Networks For Blue Planet)
The Green Life Show, which took place at the outdoor plaza of the Busan Cinema Center, showcased environmentally friendly products by 70 companies. More than 8,500 people visited the show, which gave attendees an opportunity to learn about and even make their own upcycling products. A discussion segment titled “People Who Got a Job on Earth” introduced the audience to unique jobs related to the environment.

The film festival also had video content and environmental posters on display.

“The recognition this event has received is significant as it is one of the few film festivals that focuses on the environment,” said  Chang Jeguk, the organizing committee chairman said. “We will continue to work hard finding new films and content for next year‘s event.”