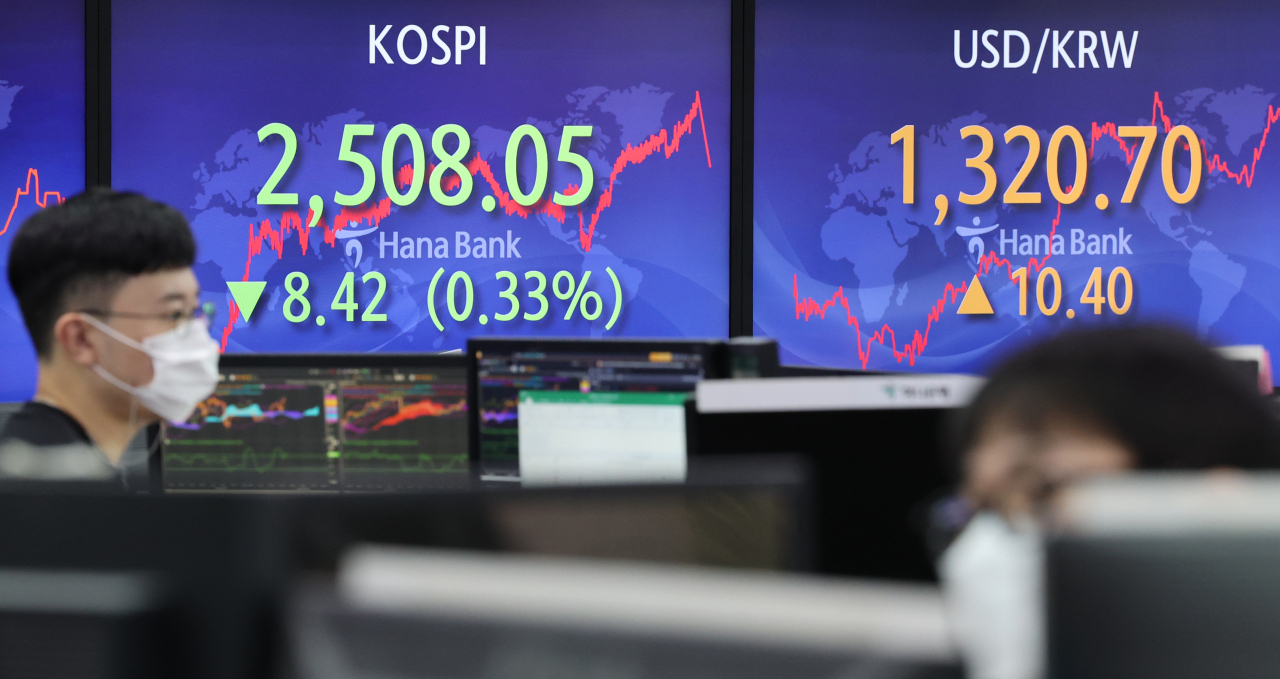 In the minutes released Wednesday (US time), Fed policymakers projected the economy to expand in the second half of 2022 and made it clear that they intend to continue raising rates enough to cool the economy and combat inflation.

"Definitely, the Fed's stance toward further tightening weighed on the market. Investors are concerned about aggressive rate hikes by central banks around the globe to tame inflation, which could result in a global recession," No Dong-kil, an analyst at Shinhan Investment Corp., said by phone.