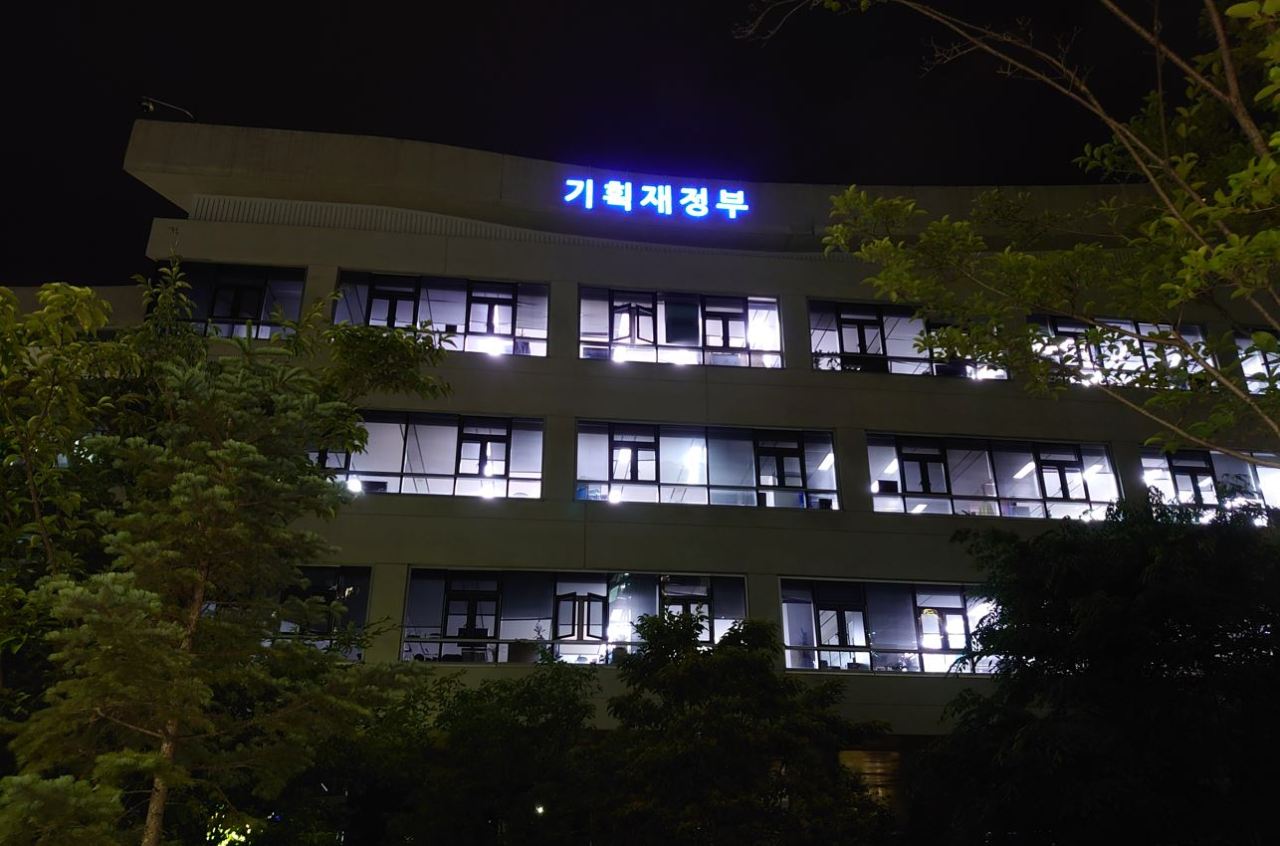 The Finance Ministry at Government Complex Sejong (The Korea Herald)
SEJONG -- The number of state-run agencies are expected to be reduced substantially under a government plan to streamline efficiency and performance.

The Ministry of Economy and Finance on Thursday proposed a total of 42 institutions, or 32 percent of the nation’s 130 government-affiliated institutions, to be converted into “a third group” public agencies with more autonomy and responsibility.

Currently, those with assets worth 1 billion won ($757,000), a yearly earning of 3 billion won and 50 employees or more are classified as public firms and quasi-governmental agencies.

Under the plan, the threshold will be raised to only include those with assets worth 3 billion won, earnings with 20 billion won and 300 employees or more, said the Finance Ministry.

The move will put the tally for public firms and quasi-governmental agencies down to 88, with the number of “other (or a third group)” state-run institutions rising to 262, from the current 220.

The ministry said it is planning to push for a revision of the related laws and regulations to implement the overhaul by the end of the year.

Officials said the state-led reform is targeted at “fostering responsible management by providing them with more autonomy.”

While the Finance Ministry has the authority to supervise the 42 institutions affected by the changes, other ministries will be entitled to regulate them.

Of the quasi-governmental agencies, the Teachers’ Pension, the Korea Press Foundation, the Korea Creative Content Agency and the Korea Foundation for the Advancement of Science & Creativity and the Independence Hall of Korea will be converted into others.

On the same day, Second Vice Finance Minister of Economy and Finance Choi Sang-dae dismissed speculation that the administration was seeking to privatize some public firms and quasi-governmental agencies.

“The government has not contemplated privatization (of some agencies), and has no plan to push for it,” he told a news briefing in Seoul.

“While the number of workers at public firms increased by 115,000 over the past five years, inefficiency has accumulated due to their bloated structure,” Choo said.

The minister said the new administration would “not tolerate inefficiency and lax management anymore.”