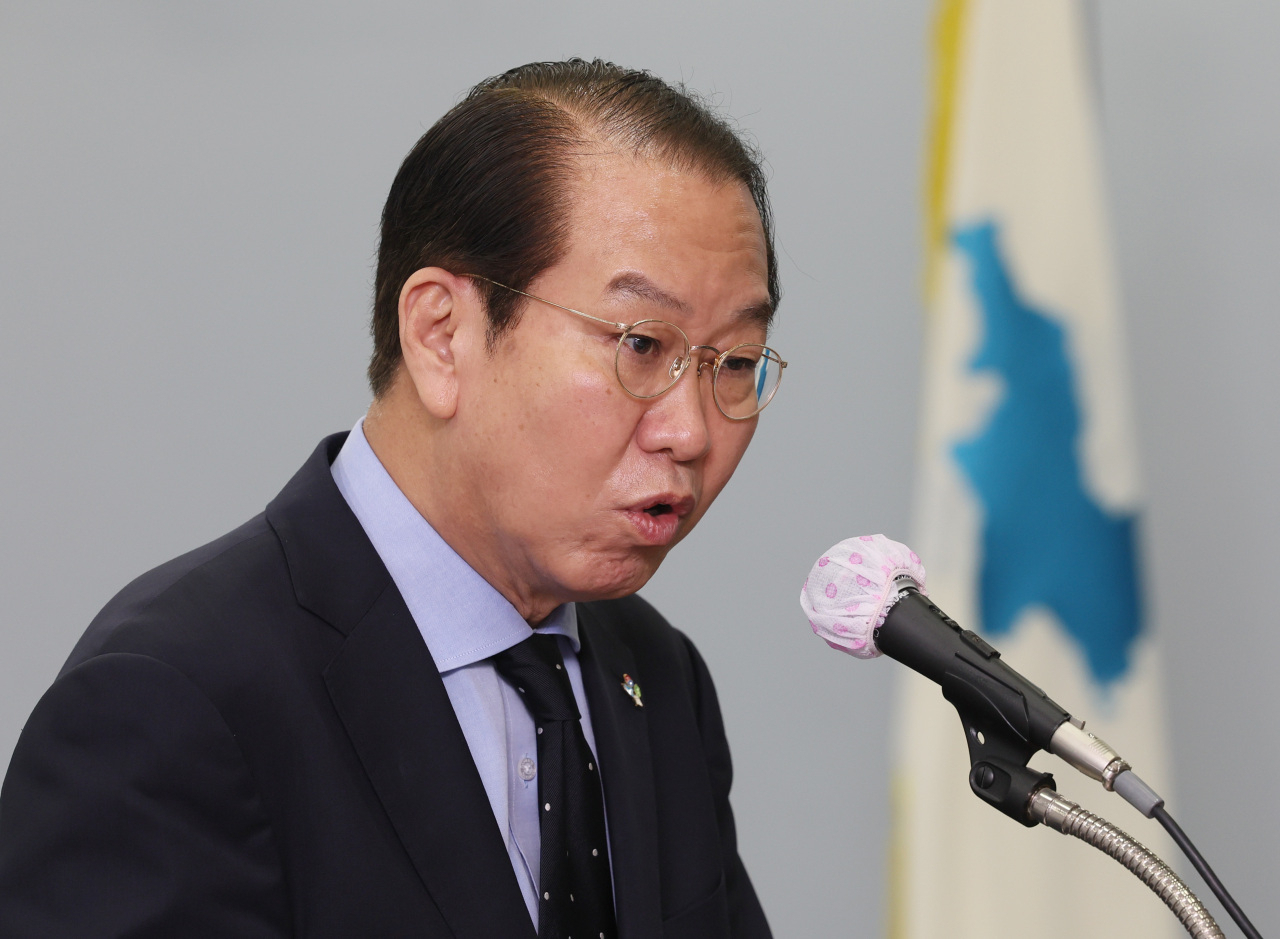 The Yoon Suk-yeol administration will strive to create a condition for North Korea to embrace the "audacious initiative" intended to support its economic development for its denuclearization steps, Seoul's point man on Pyongyang told lawmakers Thursday.

Unification Minister Kwon Young-se said the government plans to send more specific messages to the North, going forward, and have related consultations with such other major countries concerned as the United States and China.

In his speech to mark the 77th Liberation Day on Monday, Yoon unveiled some details of the plan, one of his key campaign pledges, to help the impoverished North develop its economy in return for taking steps toward denuclearization. He made offers of a bold program of economic assistance, development, and infrastructure investment.

Speaking at a National Assembly session, Kwon described it as a "bold and comprehensive initiative, which includes economic, political, and military corresponding measures, in accordance with the tangible progress of North Korea's denuclearization."

He added that the government will make preparations for relevant talks with Pyongyang through inter-agency cooperation and focus efforts on drumming up support from other nations.

The Kim Jong-un regime has not responded formally to the conservative South Korean president's overtures. It instead test-fired two cruise missiles toward the Yellow Sea on Wednesday, according to the South's military. (Yonhap)