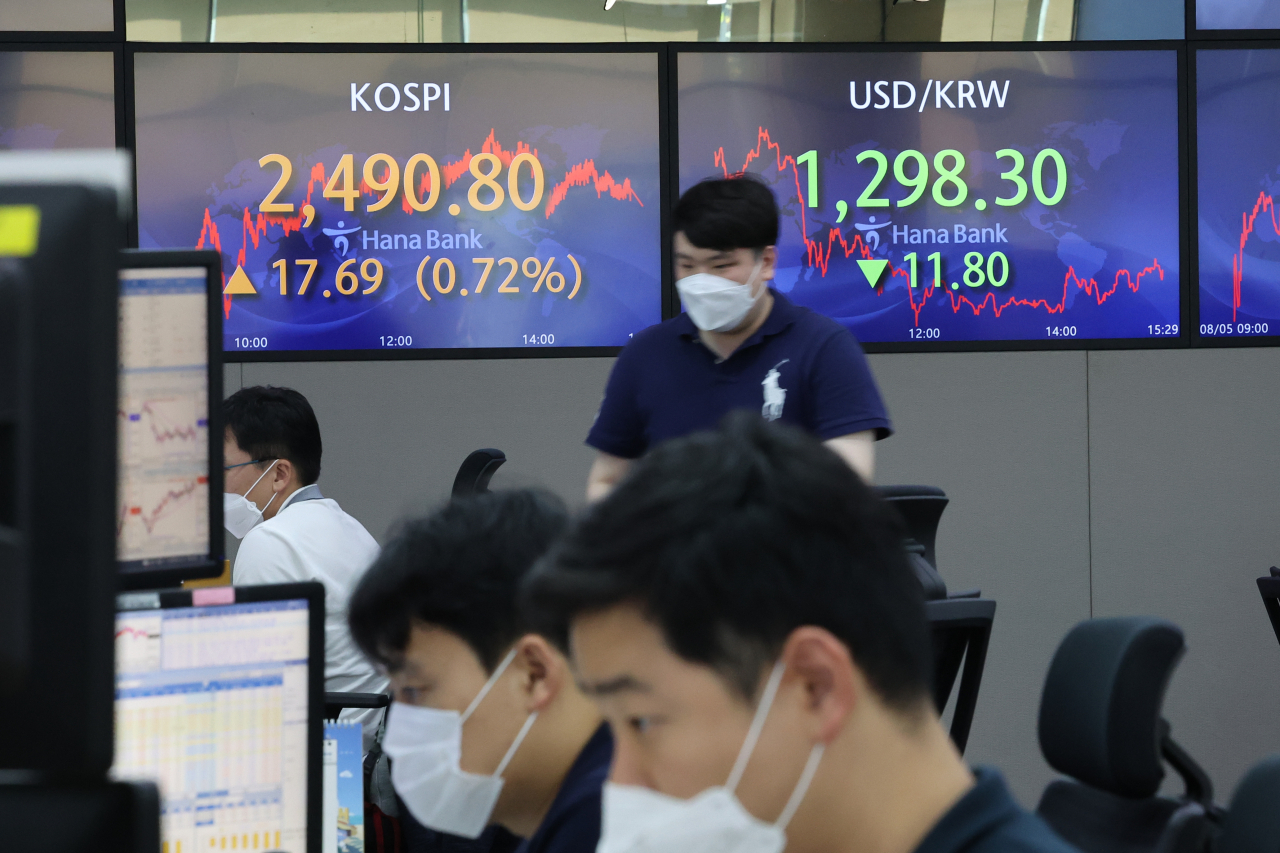 Seoul shares opened lower Thursday, tracking losses on Wall Street, as the US Federal Reserve may keep up its aggressive monetary tightening amid global recession woes.

In the Fed's latest minutes, released Wednesday (US time), policymakers expected the economy to expand in the second half of 2022 and made it clear that they intend to continue raising rates enough to slow the economy and combat inflation.

The local currency was trading at 1,315.05 won against the US dollar, down 4.75 won from the previous session's close. (Yonhap)