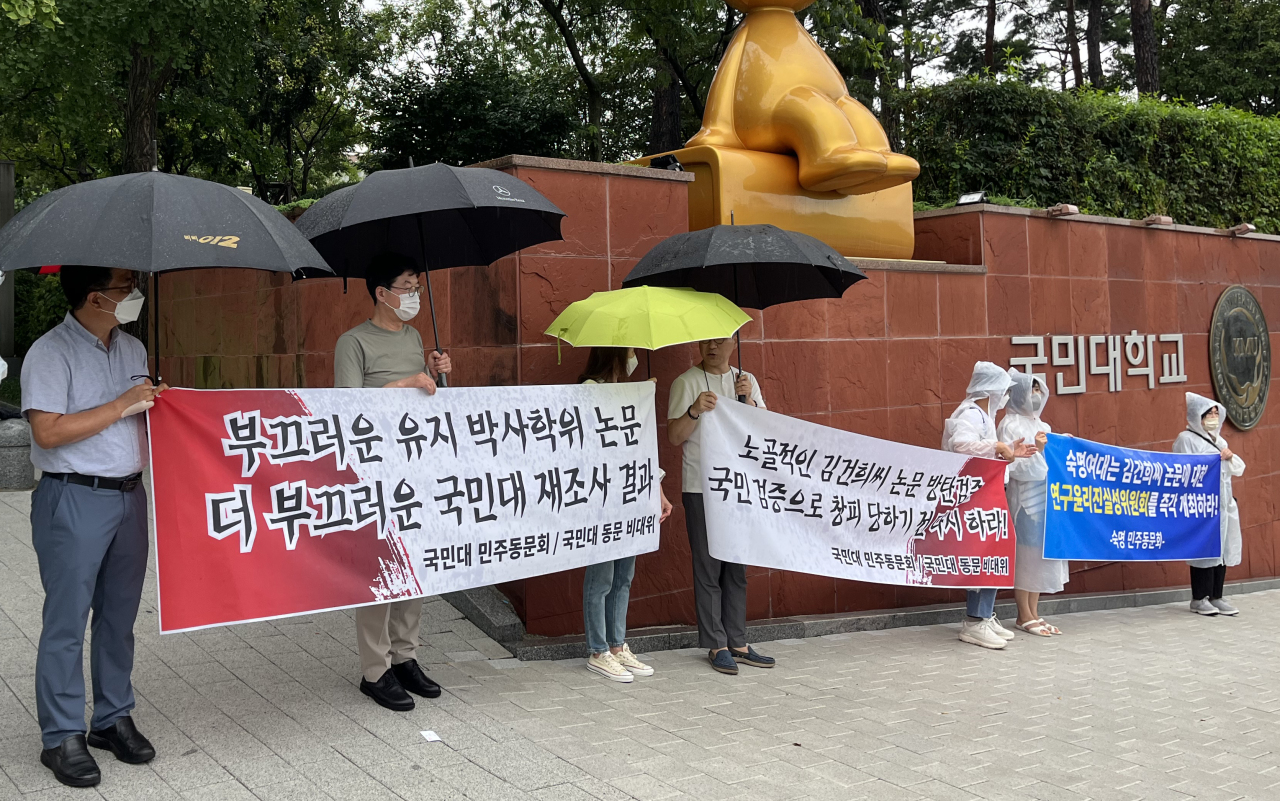 The faculty association at Kookmin University, a Seoul-based university where Kim did her Ph.D. program, has decided to survey professors asking them whether it should reassess the four papers written by Kim. The online survey will continue until Friday.

Earlier this month, Kookmin University announced it could not find proof of plagiarism in four of Kim’s papers after a monthslong probe.

The university concluded Kim’s doctoral dissertation and two academic journal articles showed no signs of plagiarism, saying “they do not correspond to plagiarism or cheating to the extent that it seriously deviates from the scope normally accepted in the academic field.”

It further said it was not able to verify whether another article written by Kim is problematic or not.

The result of the probe caused an uproar among the university‘s students, professors and alumni.

“The plagiarism rate given as proof by the probe committee is a result of a certain software program,” the school’s Professors Association said Friday. “We cannot agree with the university’s words such as ‘normally’ and ‘seriously’ which can be subjective.”

Papers that Kim wrote during her master’s degree at Sookmyung Women’s University are also being called into question.

A committee of professors at Sookmyung Women’s University announced on Aug. 10 that Kim’s master’s thesis showed a plagiarism rate between 48.1 percent and 54.9 percent. The committee called for the university to reassess the paper, however is yet to receive an official response.

In March, Sookmyung Women’s University said an official probe will be needed to reassess Kim’s papers for plagiarism. The university has yet to make any further announcements on the probe.

Meanwhile, lawyer Shin Pyong, known to be a mentor for President Yoon Suk-yeol during his presidential election campaign, dismissed the allegations and encouraged Kim to move past the scandals.

“As I know from my 20 years of professorship, Kim’s ‘plagiarism’ is of a common level,” Shin said on a radio show on Tuesday. “I personally believe Kim can move past the doubts and misunderstandings of the past by stepping forward.”