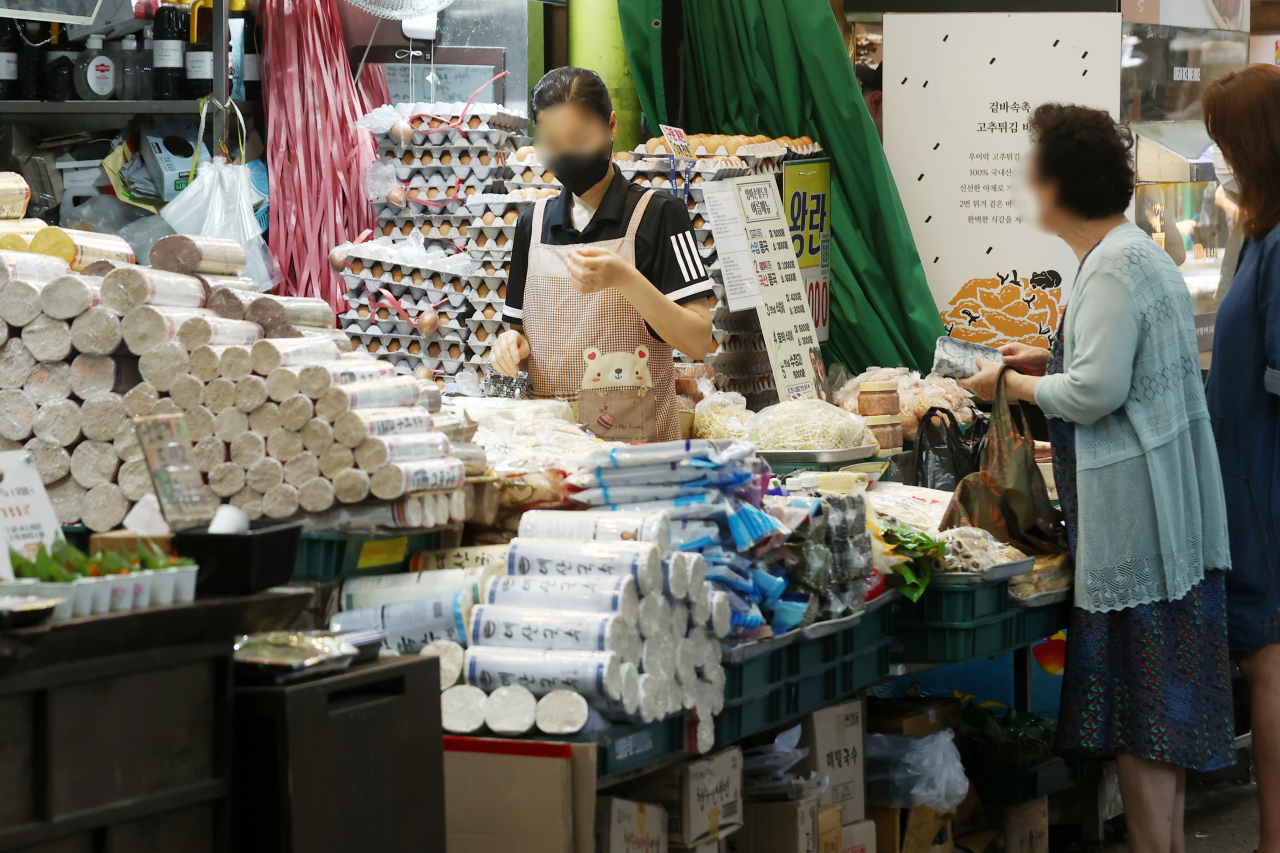 Noodles are displayed at a traditional market in Seoul on Aug. 10, when data from Statistics Korea showed an 8.2 percent surge in prices of processed food, including flour, on-year in July. (Yonhap)
SEJONG -- Spiraling import prices of grain are expected to bring about further price hikes in local processed food products and food offered at restaurants, with a state-run agency predicting a continuous climb of grain prices in the third quarter of the year.

In a recent report, the Korea Rural Economic Institute forecasted that grain import prices would climb 16 percent in the third quarter compared to the previous quarter.

A peak in the international prices of grains such as wheat, corn and rice during the second quarter will likely be reflected in the nation’s import prices during the third quarter, the report said.

Given that ingredient costs range between 53.8 percent-78.4 percent of the total manufacturing cost in the local processed food sector, more and more businesses will have no choice but to raise wholesale and retail prices, according to the report.

The food industry had already seen price hikes from rising grain import prices due to the war between Ukraine and Russia, as well as global inflationary pressure.

Some market insiders are raising the possibility that ramyeon (Korean instant noodles) producers will follow suit with price hikes later this year.

The nation’s biggest ramyeon producer Nongshim saw its operating profit decline by 75.4 percent on-year to 4.3 billion won ($3.2 million) in the second quarter, though its sales increased by 16.7 percent to 756.2 billion won.

A Nongshim spokesperson said ingredient costs have climbed amid the spike in international raw material prices and the Korean currency’s losing ground to the US dollar.

A research analyst wrote in a recent report, “After Russia invaded Ukraine in March, indices showed that prices of flour-based food have been rising at a rapid pace in the local market.”