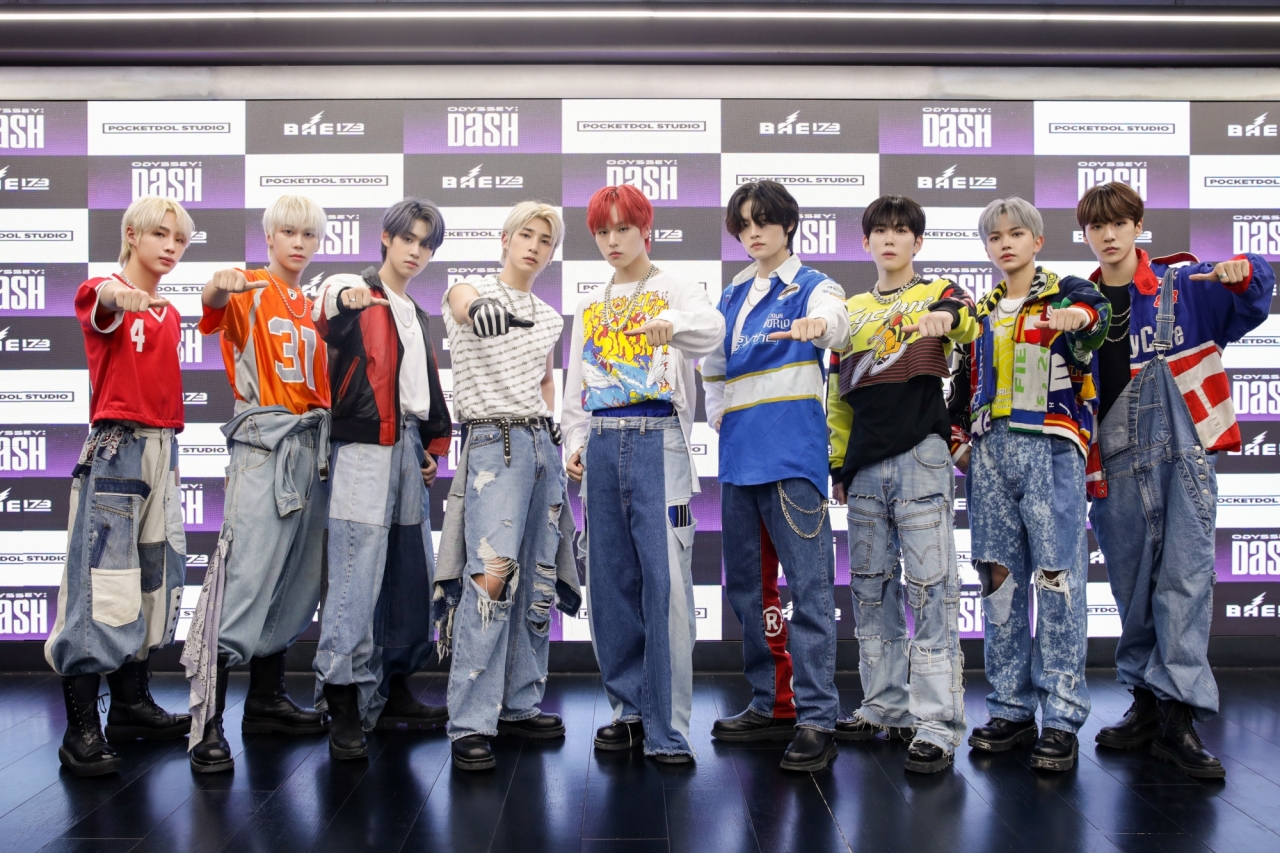 K-pop boy group BAE173 poses for photos during an interview with a group of reporters at Pocketdol Studio’s headquarters in Gangnam-gu, southern Seoul, Tuesday. (Pocketdol Studio)
With a slew of big-name K-pop artists splashing onto the scene with summer bops, rookie boy group BAE173 has also joined the flock with a new release.

Having dropped its fourth EP titled “Odyssey: Dash” on Wednesday, the nine-piece act held an interview with a group of reporters at its label Pocketdol Studio’s headquarters in Gangnam-gu, southern Seoul, a day ahead of the new album’s online release.

The act -- comprised of members J-Min, Hangyul, Yoojun, Muzin, Junseo, Youngseo, Doha, Bit and Dohyon -- expressed much affection and pride for the new EP because Dohyon took part in the overall production from lyrics-writing to composition and arrangement for the first time.

“We have made a comeback with ‘Odyssey: Dash’ this time. It means more to us because the four-track album was produced by Dohyon,” Hangyul, the band’s leader said. Junseo also explained that the new EP includes the group’s ambitions to “keep moving forward.”

Dohyon said it was a “great opportunity” to take part in the overall production. He participated in writing lyrics and producing some songs featured in the group’s previous albums, and the musician said he was driven by a sense of responsibility. 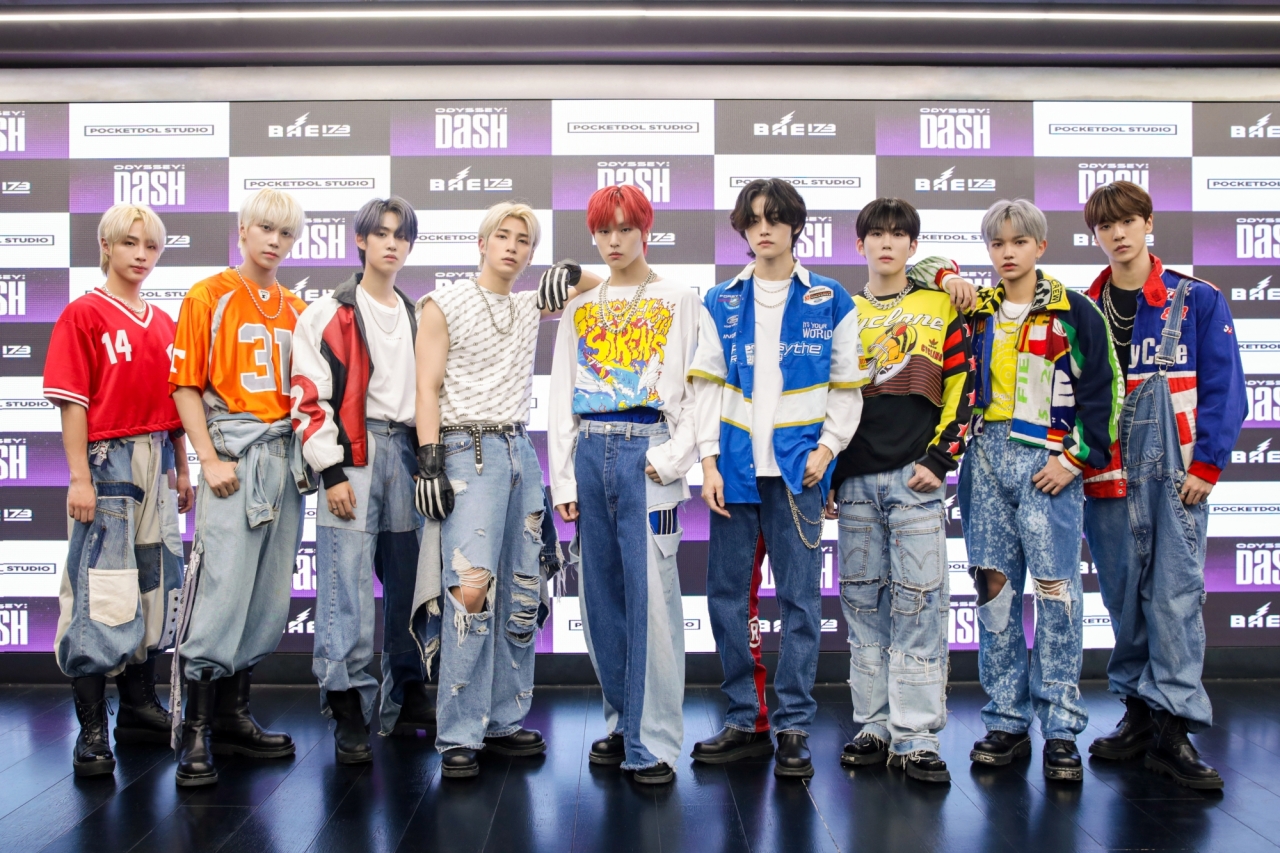 K-pop boy group BAE173 poses for photos during an interview with a group of reporters at Pocketdol Studio’s headquarters in Gangnam-gu, southern Seoul, Tuesday. (Pocketdol Studio)
“I convinced our agency’s staff that I wanted to produce the album. Since I am also a member and performer, I thought I know each member’s unique color and the team’s music style the most,” Dohyon said. “(When making the album) I focused on wearing our hearts on our sleeves to show the members’ charms.”

The group looks to unfold a new chapter of its music journey in the vast K-pop scene with “Odyssey,” J-Min explained.

The lead track of the same title “Dash” has addictive synth rhythms and strong bass sounds. Other songs included in the fourth EP are “Get Him Ugh” and “Toez.” “Toez,” a hip-hop song with a melodic singing-rap, is Dohyon’s solo song that talks about his strong will to overcome obstacles and to push ahead for a better future. K-pop listeners can discover “brand new” sounds with the song, the bandmate said.

When asked about their goals with the new album, Youngseo said, “’Dash’ has another meaning of us taking an approach to our fans. Just like the lead track’s title, we’re looking forward to building a stronger bond with the fans.” J-Min wished the album would be a “starting point” for the group to have a stronger presence and to make an impression on the public.

BAE173 made its debut with EP “Intersection: Spark” in November 2020. The group was unable to meet fans in person due to the COVID-19 pandemic. The nine-member act had its first overseas fan meeting in Tokyo in May. It is planning on holding its first offline concert, “BAE173 Special Live in Japan 2022,” next month.

The members were only able to appreciate their popularity recently, they said. In return for the fans’ support and love, J-Min said, “Our ultimate goal is to become a group that fans can be proud of.” Doha also said, “We hope a more diverse audience gets to listen to our songs and evaluate us as a group with great songs. My personal goal is to hear our songs on the streets.”