[ The Korea Herald – Send E-mail ]
[Newsmaker] [Feature] Mind if I smoke here?
Between piling studies about hazards of tobacco and growing disdain for smoking, controversy rises over smokers’ right to light up in peace
By Yoon Min-sik
Published : Aug 17, 2022 - 14:20
Updated : Aug 17, 2022 - 14:47
A couple of months ago, a plea from a person about the right to smoke in his or her own home circulated on the internet, sparking debates about whether smoking in an multiunit apartment at the expense of one’s neighbors can be justified.

“I’m smoking in my home, and you people are yelling at me every night,” the person wrote, apparently infuriated by quarrels with neighbors. “You may be illiterate and ignorant of the law, but the law says you can’t force me not to smoke on the balcony, bathroom or the areas exclusive to my home.”

The message, and ensuing debate, has reignited a yearslong battle between smokers, who are increasingly being ostracized, and non-smokers.

But it is not a simple “should you, or should you not” question. It is one that encompasses the issues of personal freedom, public health and the clash between a smoker’s supposed right to smoke and the public’s right to smoke-free surroundings.


Bad manners aside, the aforementioned rant is not entirely wrong. South Korea’s law states, in Article 20-2 of the Multifamily Housing Management Act, that the occupants of multifamily housing buildings -- such as apartments -- “shall endeavor” not to harm other occupants via smoking inside the household. It further stipulates that those harmed by secondhand smoking may request the manager of the home to “recommend” the relevant occupant stop smoking. 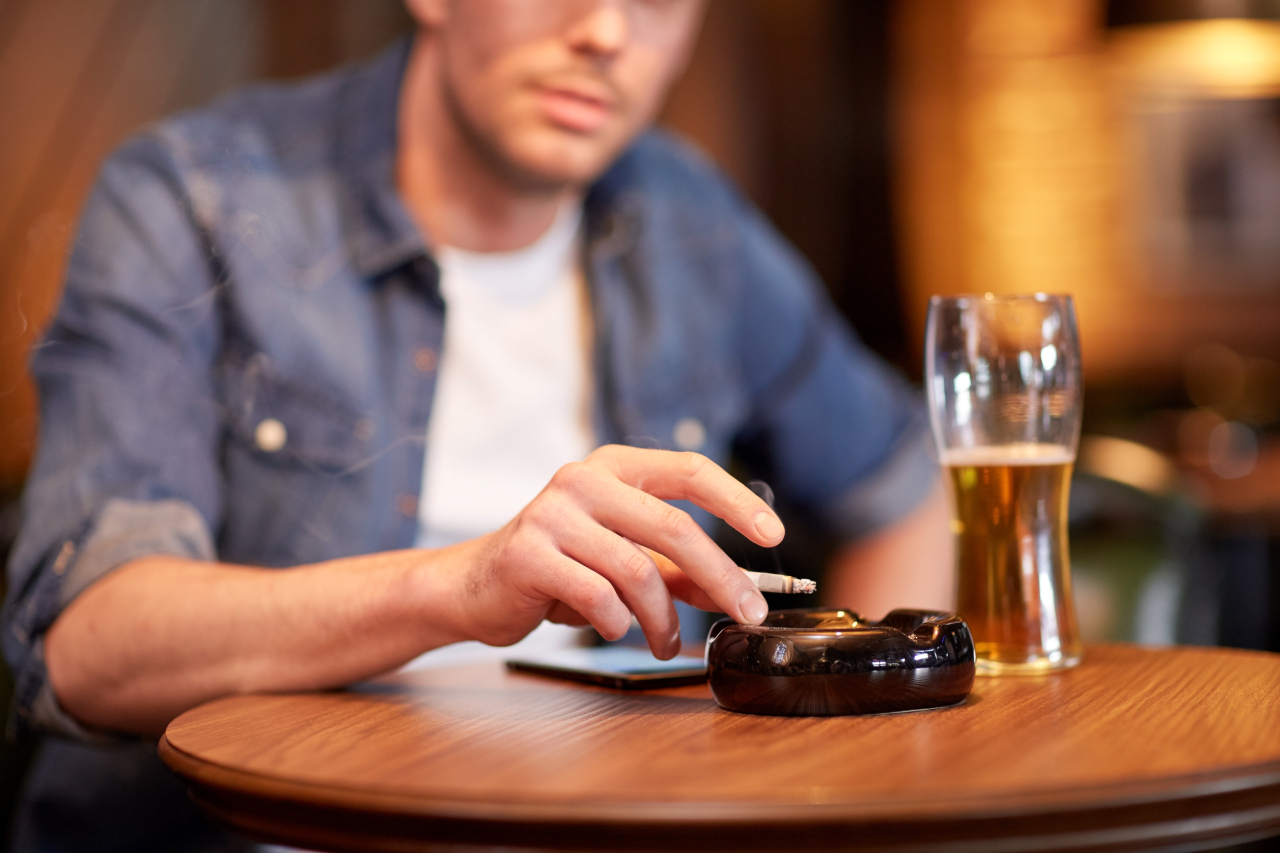 (123rf)
Article 9 of the National Health Promotion Act says it is possible to designate parts of the hallway, stair way, elevator and underground parking lot as non-smoking areas with consent of half of the residing households.

In short, there is no legal clause as of now that can prohibit a person from smoking inside their home.

Banning smoking in certain areas is constitutionally appropriate, confirmed by a landmark ruling in 2004 by the Constitutional Court. The court stated that the right to be free from smoking is fundamentally superior to the right to smoke, since the former is also connected to one’s right to live.

This leaves a bit of a gray area: The law stipulates the legitimacy of smoke-free zones and acknowledges that secondhand smoking shall not infringe upon the rights of non-smokers. But there is no legal clause that protects non-smokers from secondhand smoking that ensues from their neighbors smoking inside their own homes.

In a 2015 study by the Seoul Medical Center, researchers analyzed the effects of smoking in multifamily homes by analyzing 16,000 children under the age of 13 whose parents did not smoke. It showed that children exposed to tobacco smoke coming from other homes more than twice a month for a year were more likely to suffer from asthma, allergic rhinitis and atopic dermatitis than non-exposed children, by 1.46 times, 1.38 times and 1.41 times, respectively.

A 2018 survey by the Korea Health Promotion Institute shows that 65.8 percent of the respondents living in multihousehold environments like apartments have suffered from tobacco smokes from other homes, while 20.7 percent of the smokers said they smoke inside their homes.

Many non-smoking residents of South Korea are definitely exposed to tobacco smoke from other homes, and the health risks from such actions are real. Yet there is no way to legally put an end to this.

According to the Ministry of Health and Welfare, 1,774 of the 17,213 apartment complexes across the country are non-smoking apartments. But this covers only the shared areas like parking lots, hallways or entrances, and thus cannot prevent smoke creeping out from bathroom vents or a balcony downstairs.


’Give us room to smoke’


Of course smoking itself is by no means illegal. The aforementioned ruling by the Constitutional Court clearly states that smoking falls under one’s right to privacy, just that its pursuit should not infringe upon other people’s rights.

As implied by the KHPI survey, there are more smokers who refrain from lighting one up inside their own homes than ones they do, and many smokers agree that the non-smokers should not have to suffer from secondhand smoking.

“When I smoke, I make sure to find a spot where no one is around. I even changed to e-cigarettes so people around me won’t be bothered by the smoke,” said a 39-year-old taxi driver surnamed Lee based in Seoul. “All I’m asking is for more smoking booths. We smokers are paying taxes too, and perhaps some of that money should be allocated for our benefit.”

(Yonhap)
For smokers, finding an official smoking area or smoking booth is like finding an oasis in the desert: it is a soothing sight but way too few and far between.

In 2020, Seocho-gu in southern Seoul designated the entire area of Yangjae-dong -- habited by just under 65,000 people -- as a non-smoking zone, becoming the first district in South Korea to designate an entire area a non-smoking zone. This does not mean no one can smoke within the boundaries of Yangjae, but just that one can only do so only in the 38 official smoking zones -- locations of which are specified on the Seocho-gu homepage.

Seocho-gu, which has a little over 400,000 residents as of 2022, has 49 smoking zones in total as of August 2022, according to the district office. It is unclear exactly how many smokers are in the area, but the most recent figures for adults’ smoking rate in Seoul was 28.9 percent for men and 15.5 percent for women. 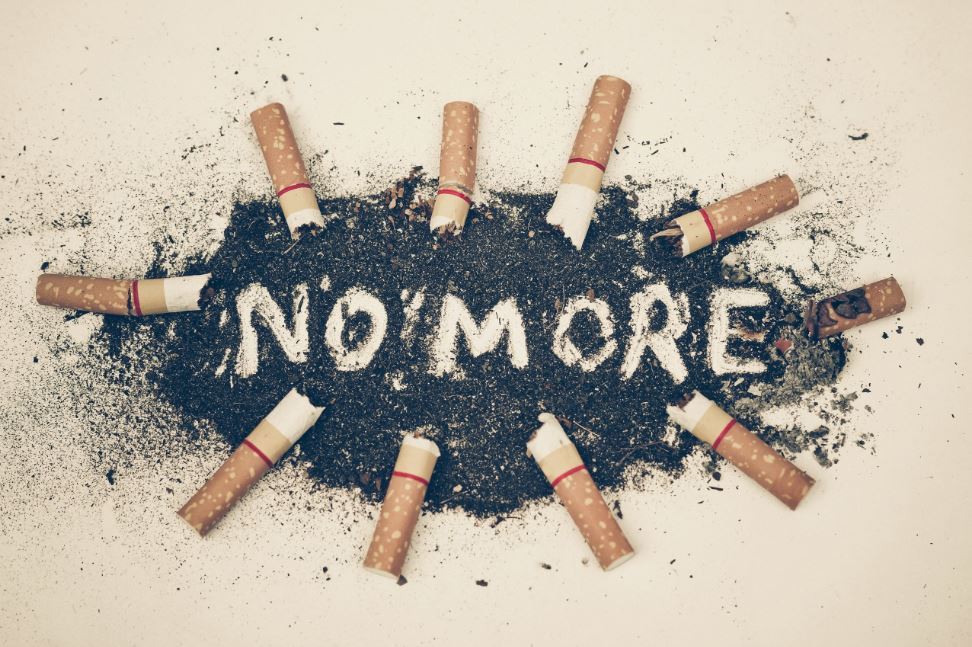 During his election campaign earlier in the year, President Yoon Suk-yeol vowed to expand the smoking areas in the country to relieve tension between smokers and non-smokers, using the money from the tobacco taxation. Civic group Smokers’ Rights Solidarity in February issued a statement supporting Yoon’s pledge, asking for installation of air purifiers in smoking booths.

The group claimed that smokers submit 13 trillion won in tobacco taxes each year, but very few budget is allocated for their smoking rights.

The price for cigarettes in South Korea is 4,500 won per pack, of which 3,323 won are taxes for various purposes. For each pack sold, 841 won goes to the National Health Promotion Fund, the main purpose of which is to prevent health risks related to smoking and to help people quit smoking.

A recent government report shows that it spent 105.5 billion won on national projects to help people quit smoking in 2020, roughly 3.5 percent of the 3 trillion won that was collected as National Health Promotion Fund for that year. Smokers argue that more of the tobacco tax money should be allotted for their benefit, such as building more smoke zones. “(Yoon’s) pledge will help separate smokers and non-smokers, guaranteeing the smokers’ right to smoke while solving the secondhand smoking issue for the non-smokers,” said the group leader Park San-ryun.

Last month’s survey by the same group on 500 smokers and 500 non-smokers showed that the majority of the respondents called for the Yoon administration to follow through on the smoking booth pledge. About 80 percent of the smokers said there should be more smoking zones in public areas, while 63 percent of the non-smokers said there should be policies to completely separate smokers and non-smokers.

There is general social consent that non-smokers should not have to suffer from the consequences of secondhand smoking. With the smokers calling for their right to smoke, whether the newfound middle ground of temporary segregation would be the viable solution in the yearslong tobacco wars remains to be seen.