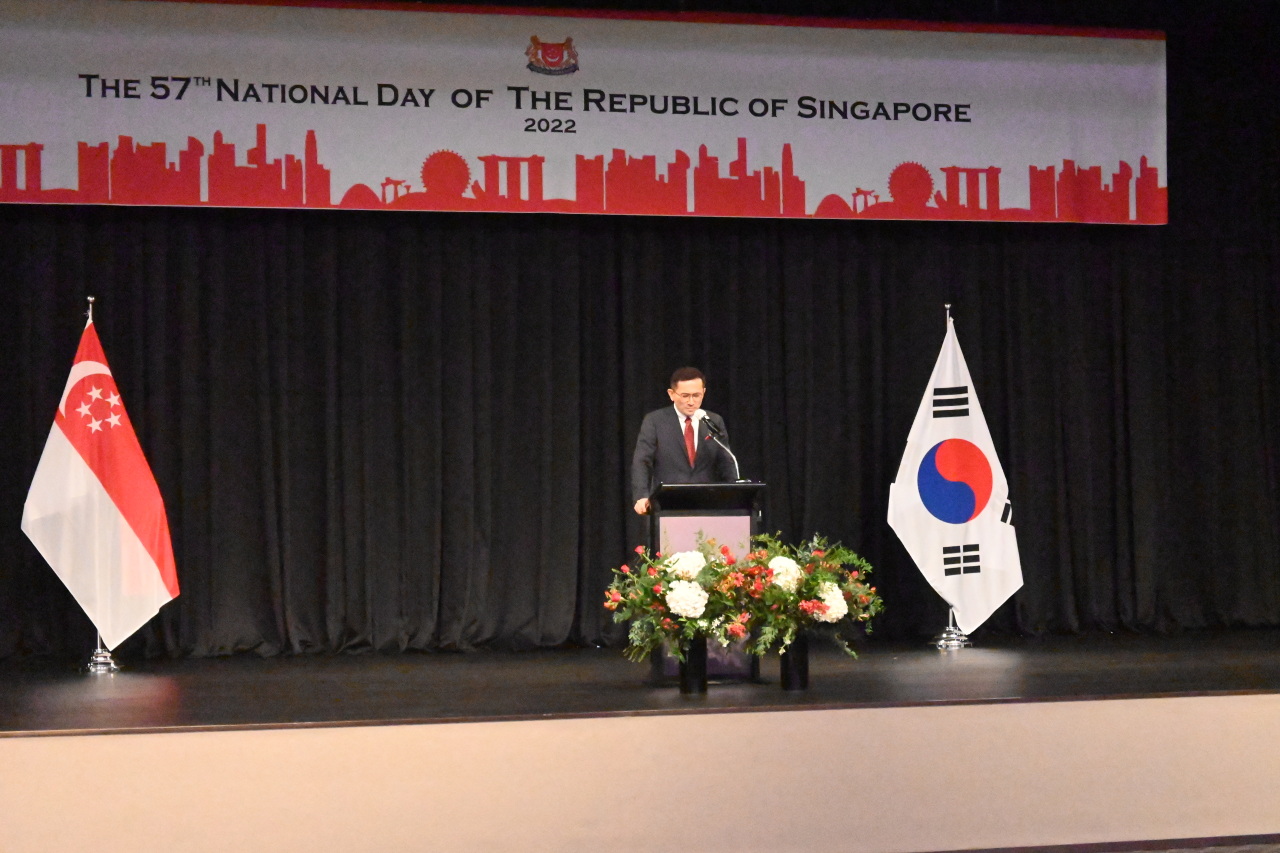 He said that the Hyundai Motor Group Innovation Center in Singapore would be the first electric vehicle manufacturing facility in Singapore.

“Hyundai’s vision aligns very closely with Singapore’s plans to catalyze EV demand and have all our vehicles run on cleaner energy by 2040,” Teo said.

According to Teo, Korean e-commerce firm Coupang and internet company Kakao recently established a presence in Singapore for e-commerce and blockchain activities.

Teo said that Singaporean companies are seeing new interest in investing in Korea.

He cited 50 Singaporean companies in Seoul operating in real estate and infrastructure, retail, food and beverage services and education such as GIC, Capital and Mapletree. 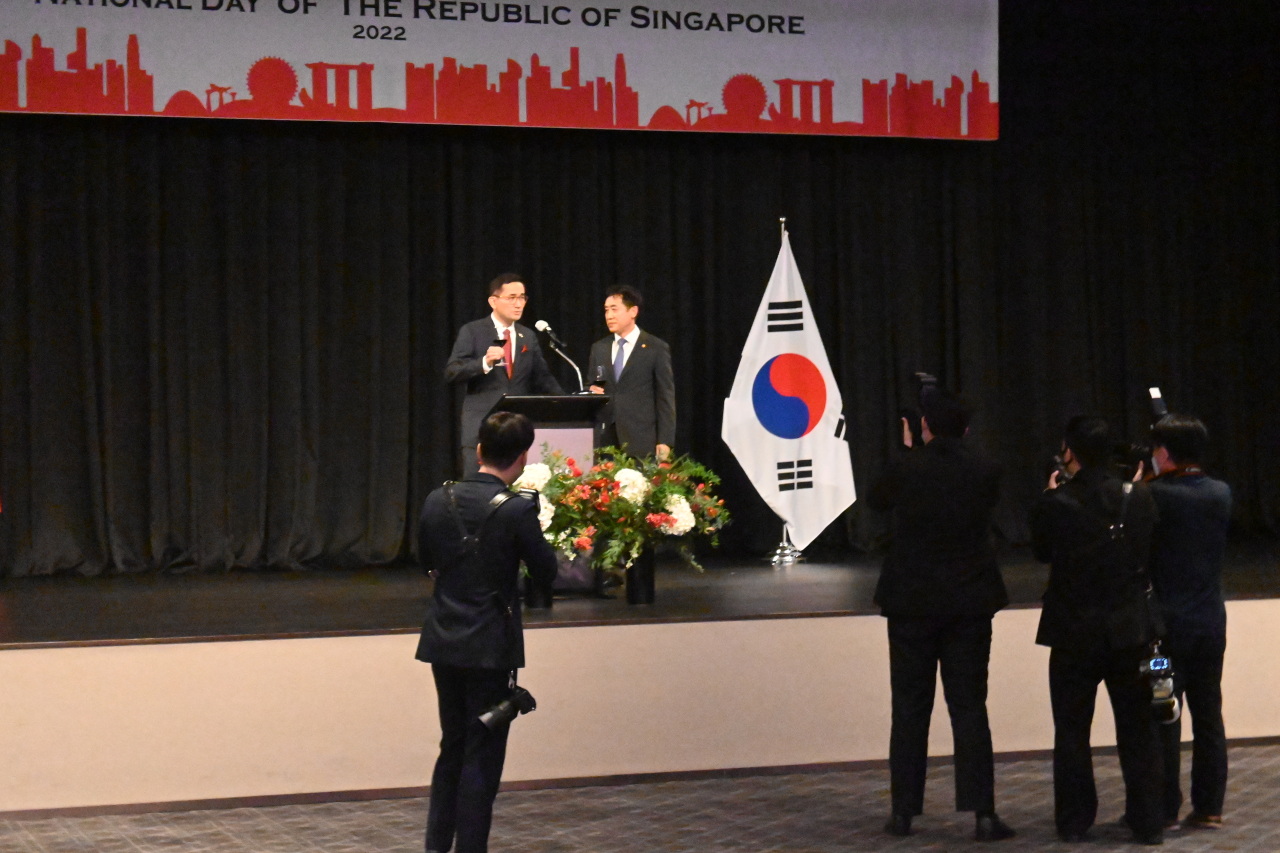 Singapore’s Ambassador to South Korea Eric Teo proposes a toast in concluding his remarks at a Singapore National Day event at the Grand Hyatt Hotel in Yongsan-gu, Seoul, Thursday.
Capella Hotel and Resorts, a Singapore-based hospitality group, will also open its first Korean property in Yangyang, Gangwon Province in 2024, according to Teo. He also mentioned the Singapore-based Global Schools Foundation, which acquired Dwight School Seoul as a notable example in the education sector.

According to Teo, 20 new Singapore-based startups are participating annually in startup programs such as the “K-Startup Grand Challenge” organized by the Ministry of SMEs and Startups.

Teo also highlighted positive mutual perceptions among the people of both countries.

“Singaporeans see South Korea as a country rich in culture and heritage, creative capital and dynamism,” said Teo, referring to the growth and popularity of K-pop, K-dramas, K-movies, K-beauty and K-food.

“Even before the pandemic, Korean tourist arrival numbers remain in the top 10 for Singapore. Now with the further reopening of borders, I am confident that our tourist exchange will grow even more,” he said.