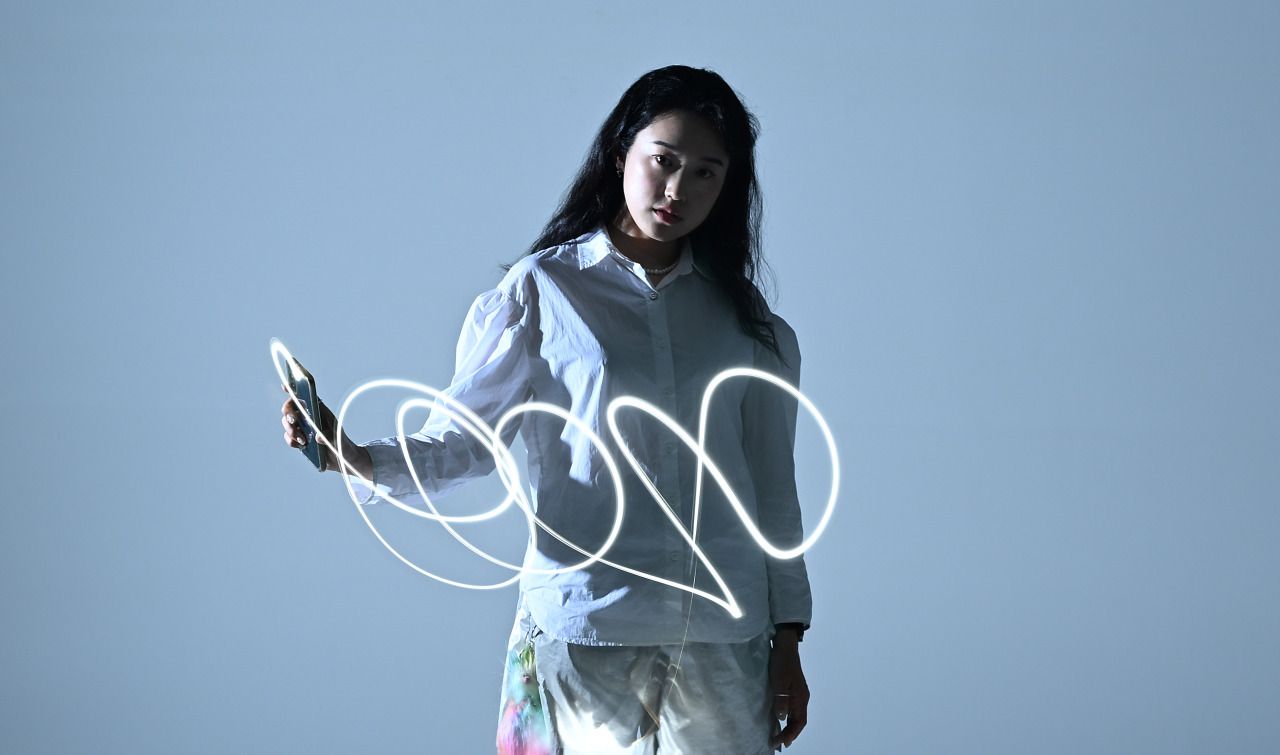 Having studied animation at university, the 31-year-old dreamt of seeing her work featured on the cover of a book or a billboard.

“If you ask me if this is a dream come true, I would say it is,” she said, laughing, during an interview with The Korea Herald.

One of her latest works was the cover artwork for the deluxe edition of Girls’ Generation’s new album “Forever 1,” released earlier this month. 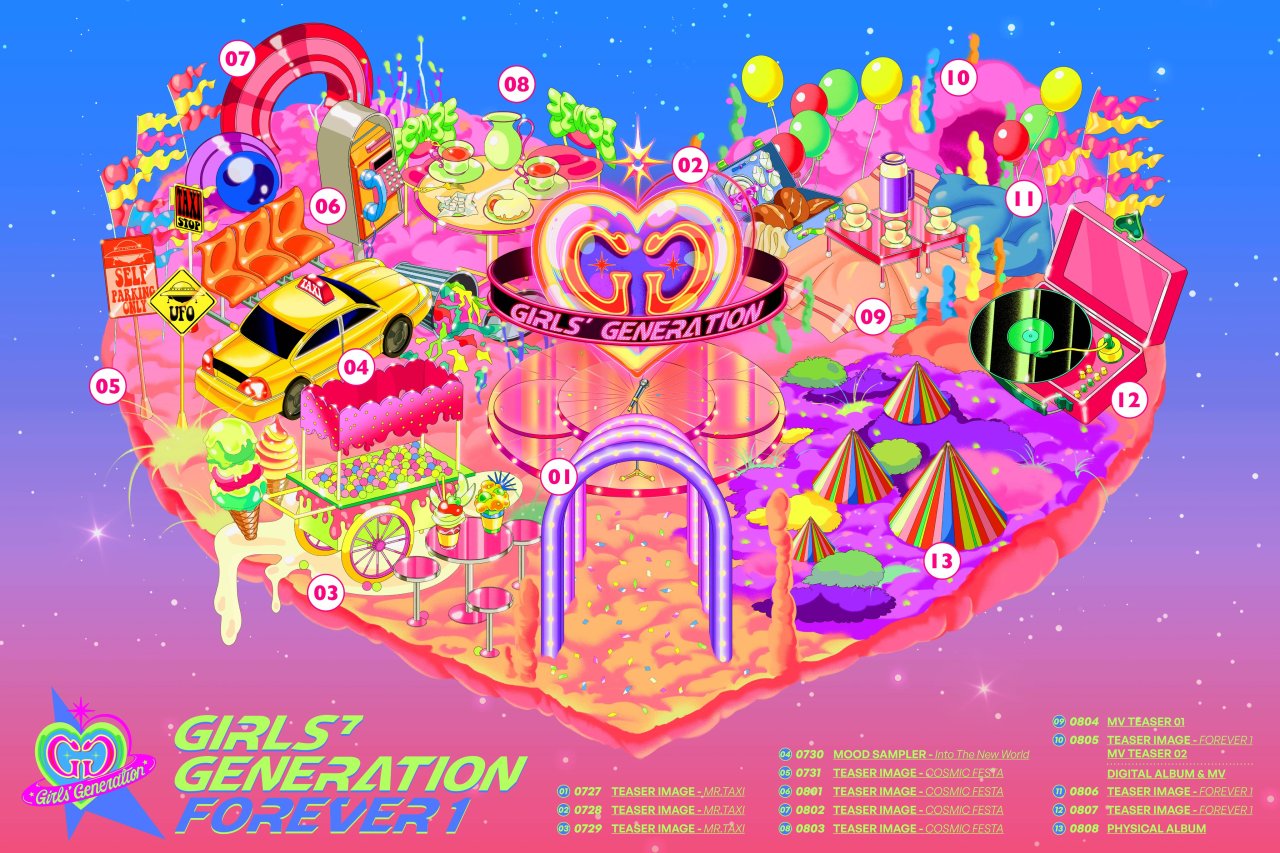 The cover artwork for the deluxe edition of Girls’ Generation‘s new album “Forever 1“ (SM Entertainment)
K-pop agencies, especially SM Entertainment, tend to have a clear worldview for their artists, she explained.

“They (SM Entertainment) wanted a map drawn based on the snapshots of the music video,” she said, speaking of the guidelines she was given for the Girls’ Generation album.

Her skills caught the eye of the team representing Japanese–British singer-songwriter Rina Sawayama, for whom she designed the covers for singles including “Cherry” and “Flicker.”

“From her music videos, fashion style to directing, I had the impression that she has a lot of say. The fact that she is an Asian artist based in the United Kingdom and that she seems to have a clear set of values came across as cool,” she said.

The video came out at a time when artists turned to fully animated music videos as the pandemic began.

“From the Tortoise and the Hare, a giraffe with a very long neck, sailing to the anime series ‘One Piece,’ I had to direct a three-minute-long music video based on these ideas,” she said.

“I worried at first about coming up with a storyline. In the end, I was happy with the outcome.”

In her work, the women she draws are voluptuous, cute and having fun. Coupled with a bold use of colors, her posts are a hit on Instagram.

“I draw what I find as pretty and cute. My style did not begin with a feminist perspective at first. These animated characters, which were my graduation project, progressed over time to what it is now -- having this soft finish.

“Yet, they still naturally had a positive impact on myself including body positivity,” Seo said. 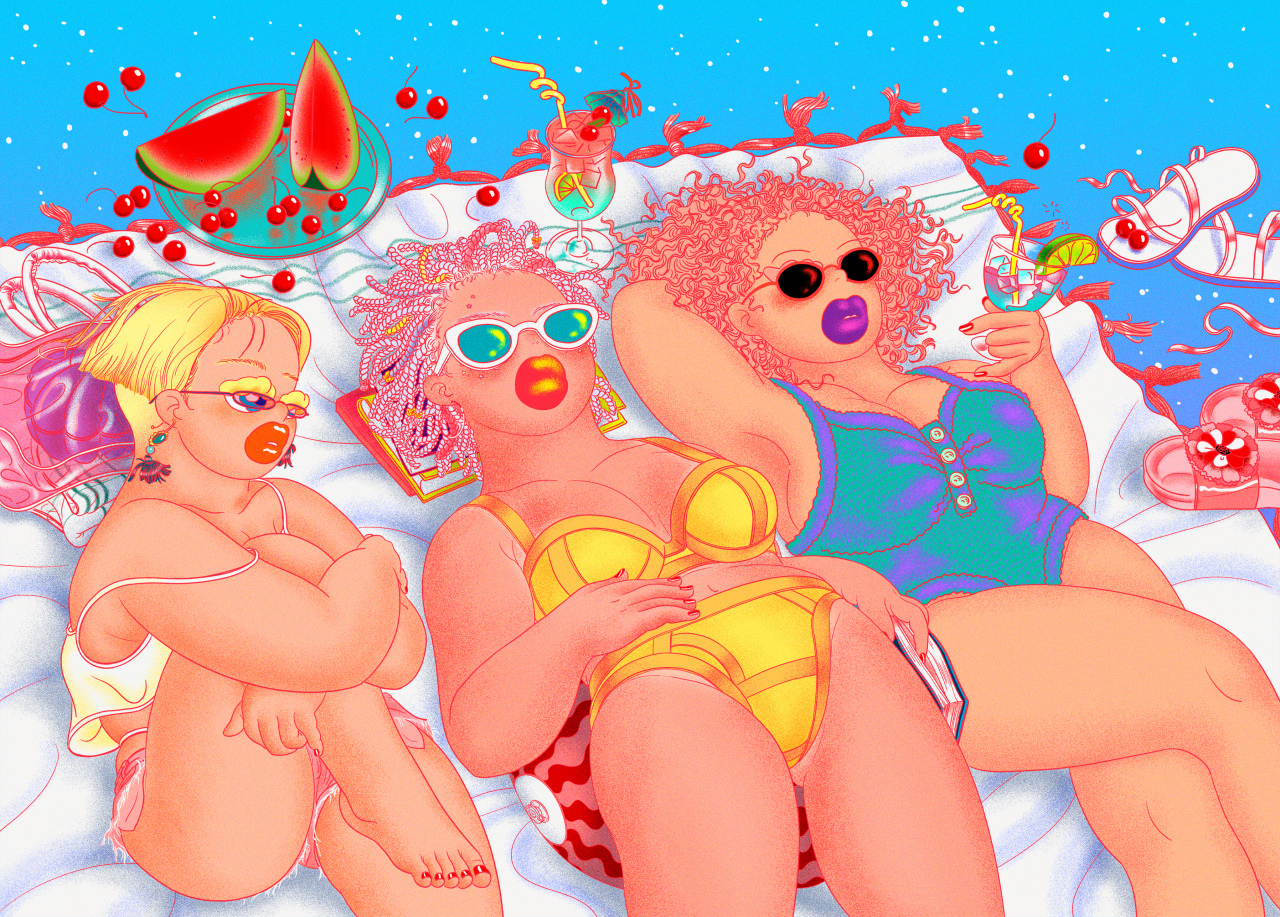 “It was after a trip with three friends and having a great time just lying at the beach in Spain. I wanted to capture that amazing moment.”

Just like taking friends to a good restaurant she finds, she wants to capture the moments and scenes she likes and re-create them in her works, she explained.

When asked about tips to share for up-and-coming illustrators in the age of social media, she said uploading posts on a regular basis on a social media platform is a good place to start.

“At a time when I had no platforms to publish my work, I uploaded them on my Instagram account and I got likes and comments from those who liked my work. They gave me a lot of motivation.”

“At the beginning, I promised myself I’d upload at least one post every three days. I know a lot of artists feel pressure sharing their works to the public. But you can have fun, share your work and receive motivation which can be quite helpful.”