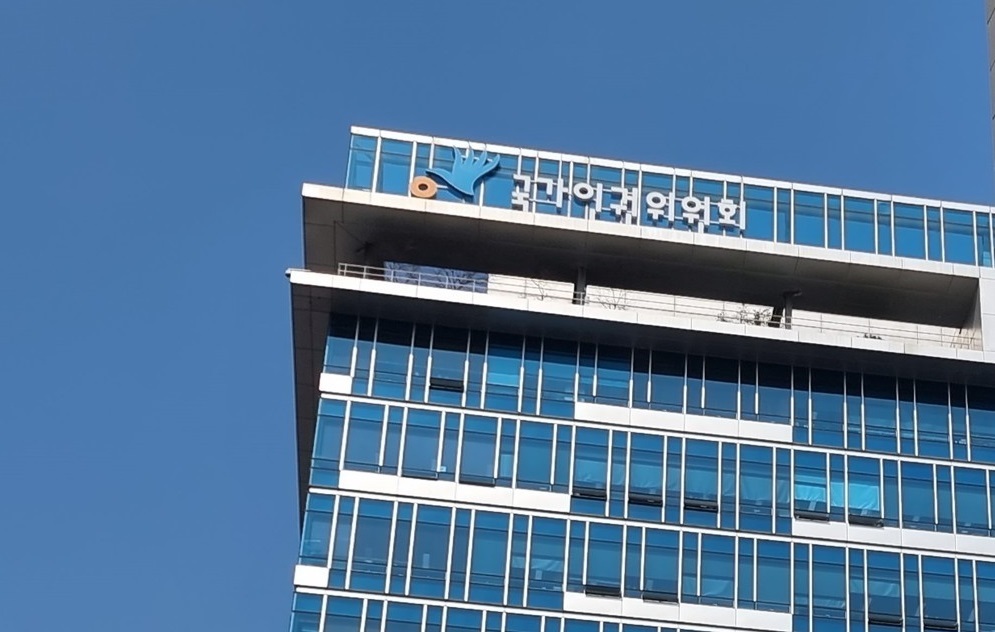 National Human Rights Commission headquarters in central Seoul (Yonhap)
A South Korean bank’s rejection of a foreign customer’s request to open a new bank account due to the person’s full name being deemed “too long” is “discriminatory,” the state rights watchdog said Monday.

A foreign resident here, whose name was withheld, filed a petition with the National Human Rights Commission of Korea after a request to open a personal business account was rejected at a local bank branch in July last year, a document released by the watchdog showed. The unnamed bank explained that opening a personal business account requires both the names of the customer and the business on the document, but its system could only register up to 20 letters.

The customer’s English name was 17 letters long and the business had seven letters, making for a total of 24 letters.

“We request the bank to halt same or similar discriminatory acts in opening accounts for foreigners and carry out reformatory measures,” the committee said in a statement.

The bank, which was quoted in the statement, denied that the case was an issue of racism, saying it adopts the same policy for Korean customers, according to the document. The lender also hinted that it had no immediate plans to upgrade the system to accommodate customers with such long names, saying that “sudden changes could lead to an unexpected error.”

While the commission agreed with the bank that it did not constitute a case of racism, the case remains an “act of discrimination.”

“The bank claims that the customer wasn’t able to open an account not due to the fact that he or she was a foreigner, but because of system issues, so we find it difficult to see the case as a matter of direct discrimination against foreigners,” the human rights commission said.

“However, we must see whether this could be case of a more indirect discrimination where a neutral standard works as an obvious disadvantage for a certain group or an individual. By law, Koreans born in South Korea are banned from having more than five letters in the Korean alphabet (Hangeul), so the bank’s systematic policy creates a clear disadvantage for foreigners, making the case an indirect act of discrimination.”