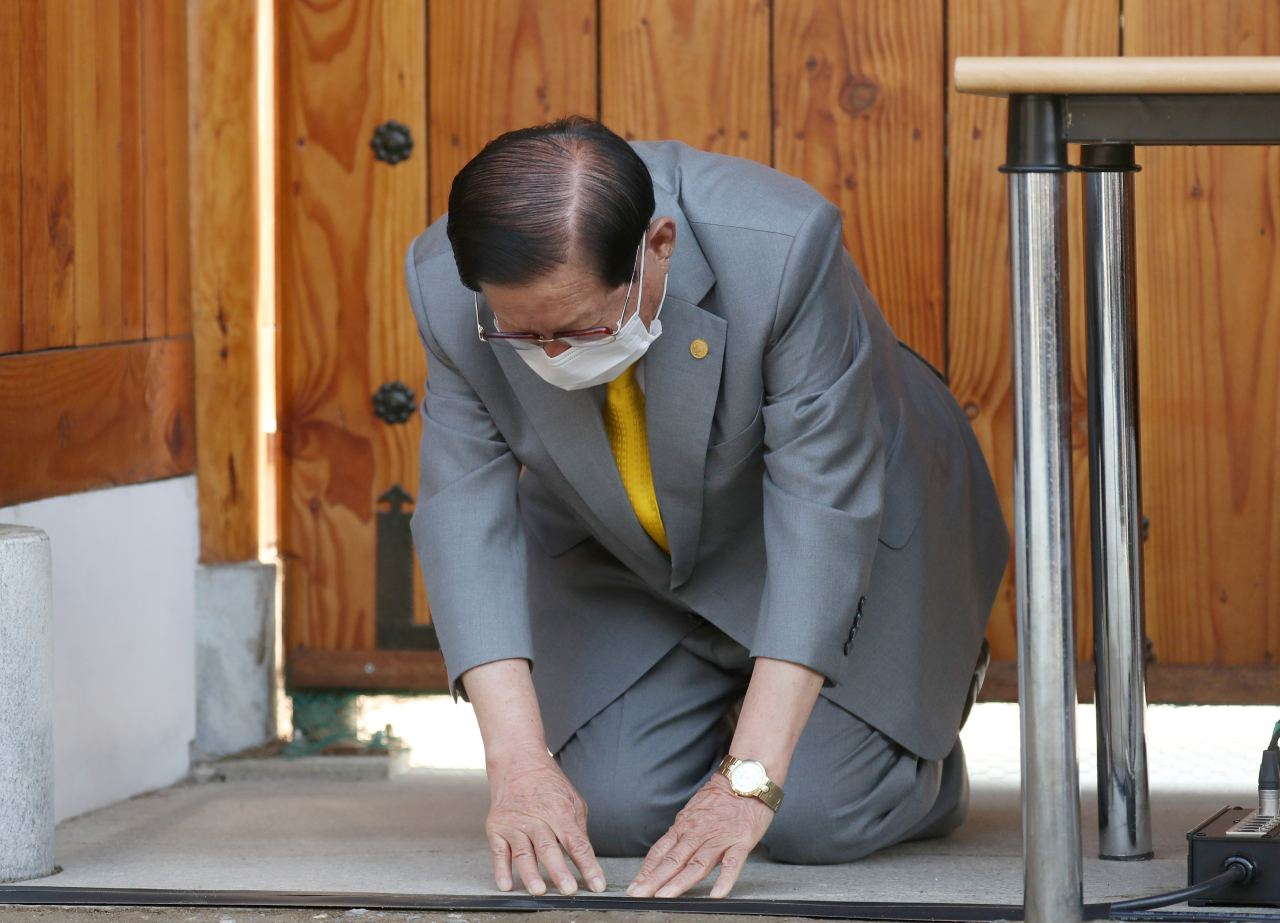 Lee Man-hee, founder and leader of the Shincheonji Church of Jesus, Temple of the Tabernacle of the Testimony, bows before a news conference at his villa in Gapyeong, 60 kilometers northeast of Seoul, on March. 2, 2020.

The Supreme Court on Friday upheld lower courts' acquittal of a religious sect leader of charges that he obstructed the government's response to COVID-19 outbreaks in 2020.

Lee Man-hee, the 91-year-old founder of the Shincheonji Church of Jesus, was indicted two years ago for allegedly underreporting the number of Shincheonji followers and church locations to the government when the virus was quickly spreading among the followers.

The top court also approved an appellate court's decision to sentence Lee to a three-year imprisonment, suspended for five years, after finding him guilty of embezzlement and obstruction of public duty.

Lee was separately indicted for embezzling 5.6 billion won ($4.7 million) from church funds to build a new church facility and holding unauthorized religious events at local government facilities between 2015 and 2019.

The sect became a hotbed for coronavirus infections after one of its members in the southeastern city of Daegu tested positive on Feb. 18, 2020. Some 4,000 members, most of them associated with the branch in Daegu, later tested positive.

Lee was accused of misleading health authorities on the size and locations of the church's gatherings, which were blamed for a massive spike in coronavirus cases in the country.

But both district and appellate courts said that submission of such information pertains to the data acquisition process, not the government's epidemiological investigation process, concluding Lee's act is not punishable under the Infectious Disease Control and Prevention Act.

The Supreme Court said the appellate court's verdict on Lee did not have any problems, such as a misunderstanding of legal principles. (Yonhap)