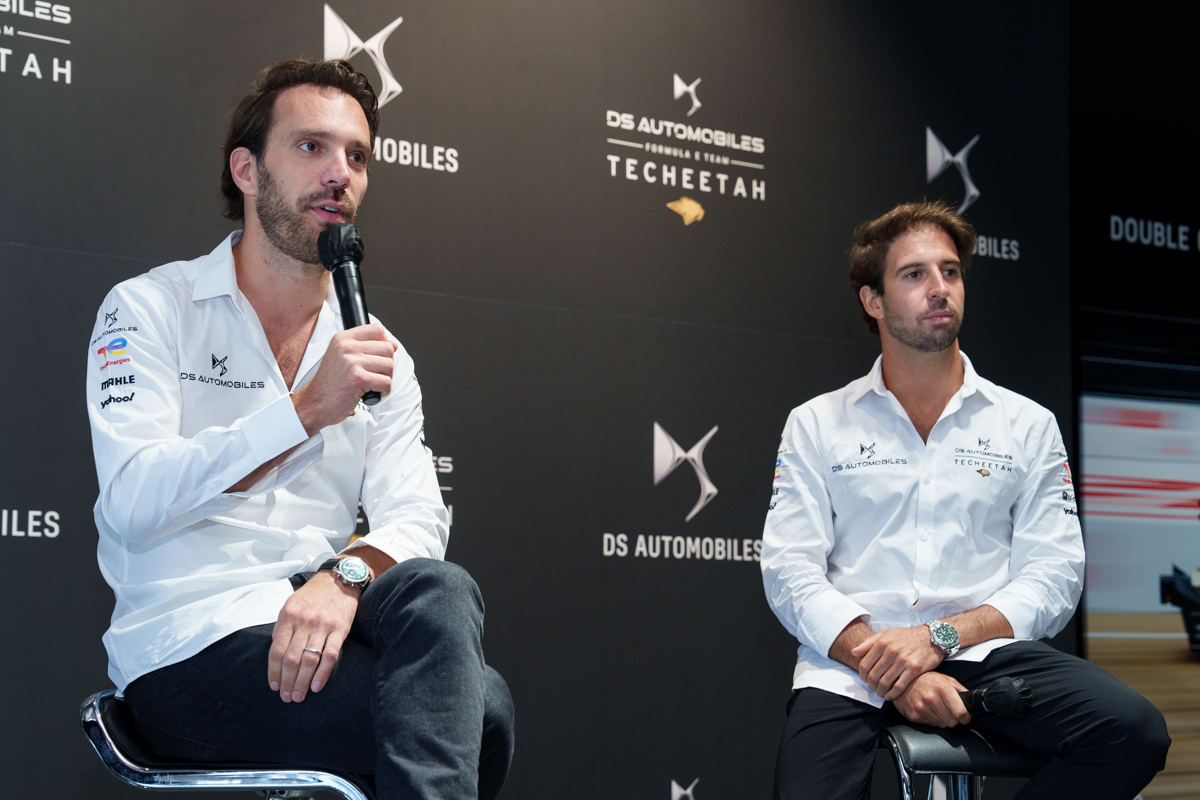 “I’m sure that Formula E is pushing the manufacturers to make models that are quicker and more efficient,” said two-time champion Jean-Eric Vergne during a press conference held in Seoul on Thursday, two days prior to the season finale kickoff.

The season 8 finale, also called the Seoul E-Prix, is taking place on Saturday and Sunday, on a 2.6 kilometer-circuit for 45 minutes through the Jamsil Sports Complex. The last round 16 on Sunday also marks the 100th race in Formula E history.

According to Vergne, technological advancements for electric racing cars have a lot to do with their batteries.

Using the official race car Gen 2, more than 40 percent of the energy used within a race is produced by regenerative braking. The Gen 3, which is set to debut in season 9, has a smaller and lighter design, featuring a front-mounted motor used exclusively for more efficient energy regeneration.

“As racers, we have the desire to win competitions … But we know that there is a bigger message to pass to the world,” said Antonio Felix da Costa, another DS Techeetah team racer. “The whole race is towards sustainability,” da Costa said.

He added that racers can only switch two sets of tires per round for a total of eight, whereas the Formula 1 race allows up to 20 tires during the race. All auto parts, tires or debris created during the race are recycled.

DS Techeetah has been a competitor in Formula E since season 2. The team has also claimed two consecutive driver and team championships, seven race wins and 15 podiums to-date.

Formula E is the world’s one and only single-seater motorsport championship for electric cars, run by run by the International Automobile Federation, or the Federation Internationale de l‘Automobile. A total of 22 drivers from 11 teams from eight countries including US, France, UK, Germany, India, France, Monaco and China are participating for the championship. Global carmakers including Jaguar, DS Automobile, Mahindra, Mercedes-Benz, Nissan and Porsche operate their own teams. 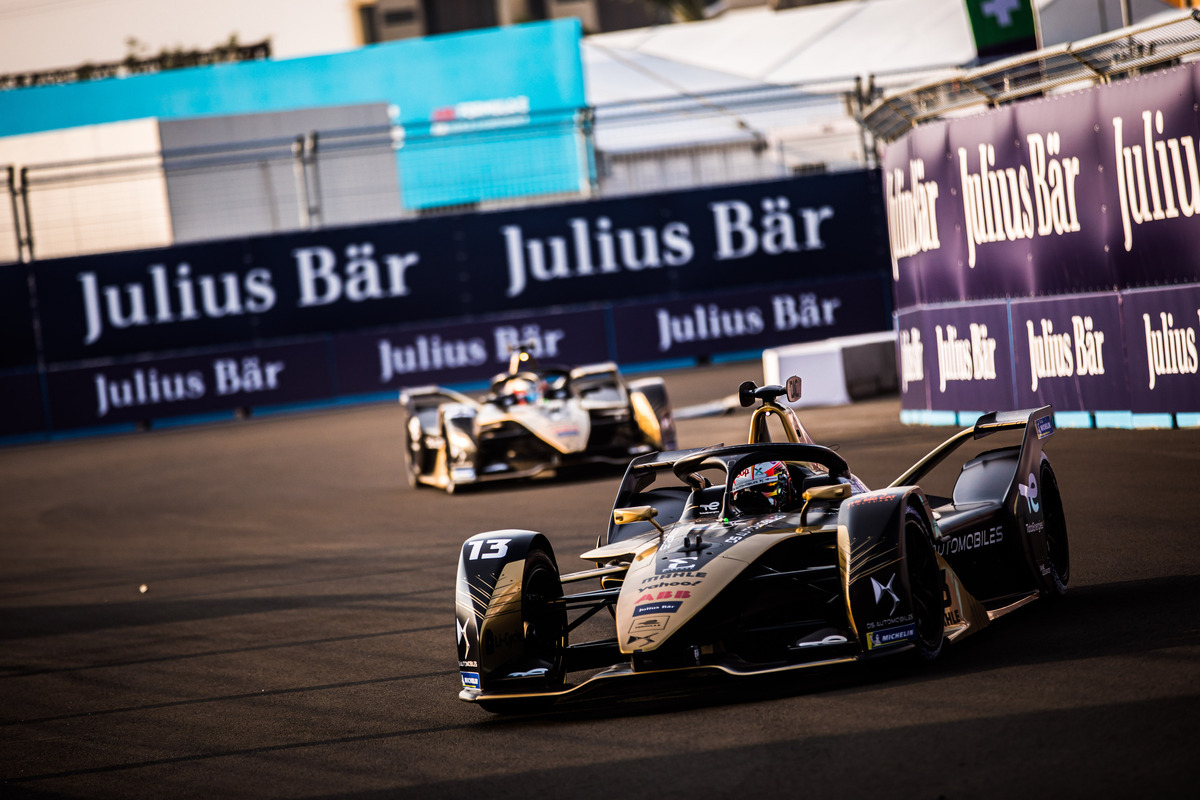 The French automaker said it would leverage Formula E as a test bed to accelerate its electrification technology development and transferring knowhow obtained from circuit to the road.

According to Stellantis Korea’s Managing Director Jacob Aumann, DS Automobiles’ participation in Formula E each year and preparations for the competition has enhanced the automaker’s development of battery efficiency, as well as its securing technologies to produce economic, productive EV models.

“Our accumulated knowledge and knowhow (through various Formula E seasons) have been applied to the brand’s electrified cars, and we’re taking the technology from the race track to the road,” said Aumann.

“We will also soon introduce the upgraded DS 3 Crossback E-Tense to the Korean market in a month or so, and based on the global strategy to secure 100 percent electrification portfolio from 2024, we hope to launch more electricity-powered, high-performance models to the local market,” Jacob Aumann told The Korea Herald.