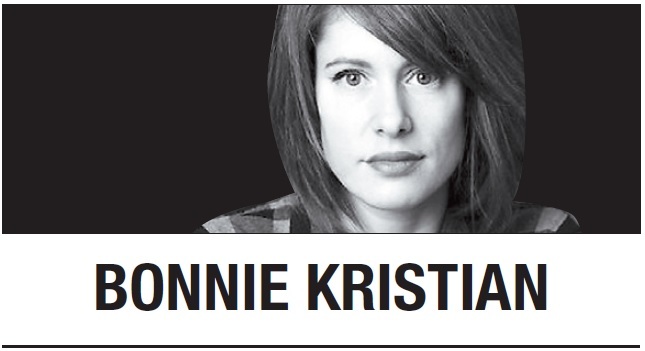 China’s live-fire military exercises in the waters near Taiwan, which began Thursday, are a worrisome escalation from Beijing. The People’s Liberation Army has gradually ramped up its warplane incursions into Taiwan’s air defense identification zone, airspace around the island over which Beijing claims authority, but China hasn’t performed live-fire drills so close to Taiwanese shores in nearly three decades.

Comparisons to the last such incident, the Taiwan Strait Crisis of 1995 and 1996, have led this current story to be widely framed as a Washington-Beijing standoff: Will the United States now, as it did then, deploy a large naval contingent to stare down China on Taiwan’s behalf, including sailing an aircraft carrier and other warships through the strait?

It may seem sensible to simply repeat that reaction of 27 years ago, putting on a show of force in hopes of deterring Chinese military aggression against Taiwan and reiterating American dominance in the Indo-Pacific. But the situation surrounding these live-fire exercises is not the same as those nearly three decades ago, and a US military response would be an escalatory mistake.

There are two key differences that should steer us away from military action. First is the immediate precipitating factor. In the mid-1990s, it was the decision of Taiwan’s then-President Lee Teng-hui to visit the US. This time, it was House Speaker Nancy Pelosi’s visit to Taiwan. To be clear, Pelosi’s trip is undoubtedly not the sole reason Beijing decided to do these exercises. Chinese military action in the area, most notably the frequent military flights around Taiwan, was already trending belligerent. And Beijing, of course, is responsible for its own choice to threaten Taiwan’s security and sanction Taiwan’s economy.

Still, the drills and economic measures are rightly understood to be retaliation for Pelosi’s presence, which the Chinese government vehemently decried. It seems safe to say this would not be happening, at least not right now, had she not recklessly gone to Taipei -- and concurrently published a Washington Post op-ed, which concluded just shy of committing the United States to fight in defense of every democracy on earth.

Pelosi is wholly correct in her essay’s critique of China’s autocratic and genocidal government. But it doesn’t follow from there that her choice to travel to Taipei was prudent as a matter of US policy or for the safety and welfare of Taiwan itself. Her “discussions with our Taiwanese partners … on reaffirming our support for the island and promoting our shared interests, including advancing a free and open Indo-Pacific region,” as she wrote in her op-ed, could have happened by phone, without giving Beijing an occasion to hike military tensions and expand its economic offensive against the Taiwanese.

This trip was all risk, no reward. In the immediate aftermath of Pelosi’s journey, Taiwan is at least a little bit less secure, and regional trade is less free and open. Adding US military intervention to the mix would be a further escalation, one that could easily exacerbate the situation and would more deeply implicate the US in a conflict in which we have no vital interests at stake.

That brings me to the second relevant difference: Today’s China is not the China of 1995. It is far wealthier, more militarily powerful and clearly convinced that maintaining a regional sphere of influence is a core national interest. China eventually backed off in the last Taiwan Strait crisis. Can we be certain it would do the same today?

The US-Chinese relationship inevitably will be rivalrous, given Beijing’s rising claim to great power status and the yawning gap between American values of individual liberty and dignity and Beijing’s authoritarian record. But it would be a grave mistake to make China our enemy -- in fact, given the risk of nuclear conflict that open US-China war entails, it is a matter of global survival to keep a communicative, pragmatic and, where possible, mutually beneficial relationship between the US and China.

So while Taiwan -- and other regional powers -- may well wish to push back on Beijing’s intimidating maneuvers, Washington is courting disaster if it does the same. Pelosi’s visit was already an unwise step toward avoidable confrontation with Beijing. A US military reaction to the live-fire exercises would only redouble her mistake.