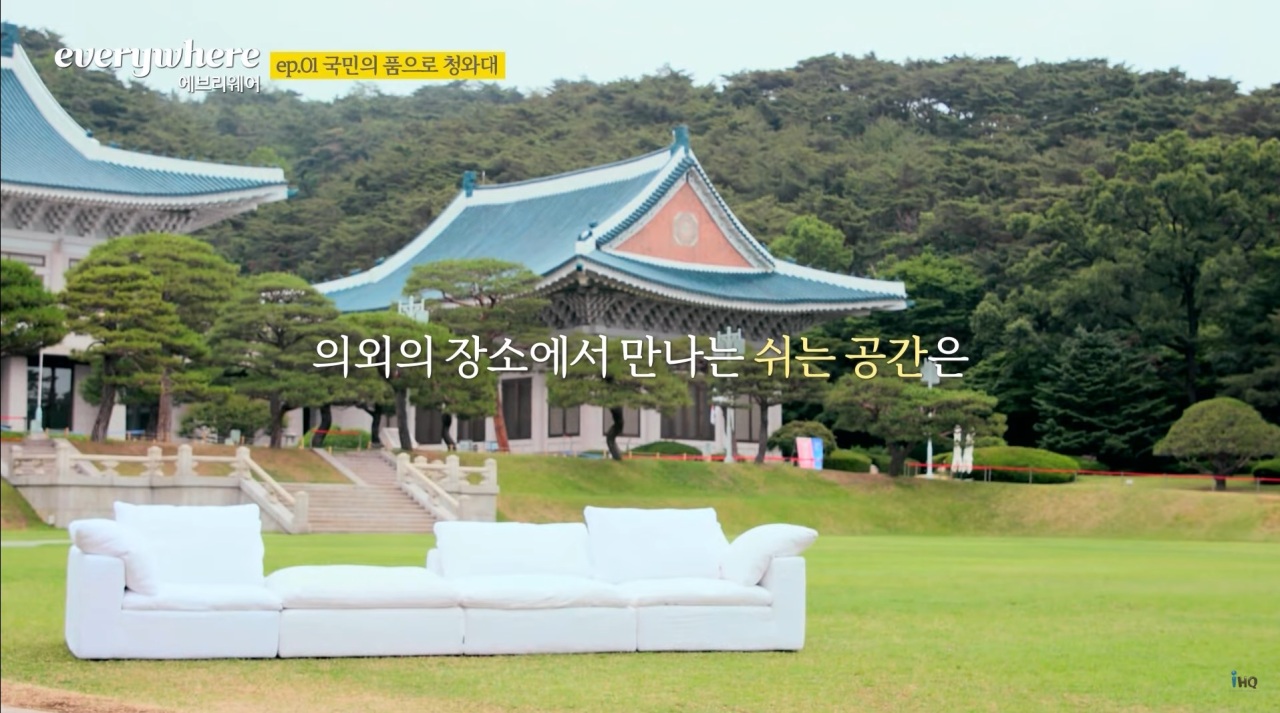 The video was taken down on Tuesday afternoon, after the Cultural Heritage Administration asked the iHQ to delete the clip on Monday.

The video documented people’s reactions upon seeing a large white sofa from Shinsegae Casa, one of Korea’s largest furniture makers, that was set up on the Cheong Wa Dae grounds.

In the video, people are seen asking staff if a former president had sat on the sofa, while some wondered if they were allowed to sit on it. Later on, those relaxing on the sofa briefly commented that it is an unexpected pleasure to be able to comfortably take a rest in the middle of Cheong Wa Dae’s main garden.

However, current guidelines announced by the CHA‘s Cheong Wa Dae operations team state that all spaces within the compound can only be rented out for filming for noncommercial purposes.

According to iHQ’s announcement on Monday evening, the company had “verbally informed the CHA that some furniture may be used as props, which was agreed upon in cooperation with the furniture brand.” The company, however, also admitted that they had not written down a formal request for permission from the CHA.

“We have the file that iHQ sent, and after viewing the video, we concluded that the company had made a ‘deliberate omission,’” a CHA official told The Korea Herald Tuesday. “To avoid similar incidents from recurring, we will strengthen our approval policies, such as previewing rough-cut edits of video clips taken at Cheong Wa Dae from now on.”

Some comments online blamed the dysfunctional management of Cheong Wa Dae, and its future usage, that resulted in the oversight.

“I think this process and the backlash could have been a noise marketing strategy by the firm,” an office worker at a lighting design company told The Korea Herald upon viewing the video. “But the number of hits show that it didn‘t have that much impact after all.”

The video had garnered some 1,910 views on YouTube before it was pulled down.