No casualties were reported as of midnight.

Here are some photos from the mayhem. 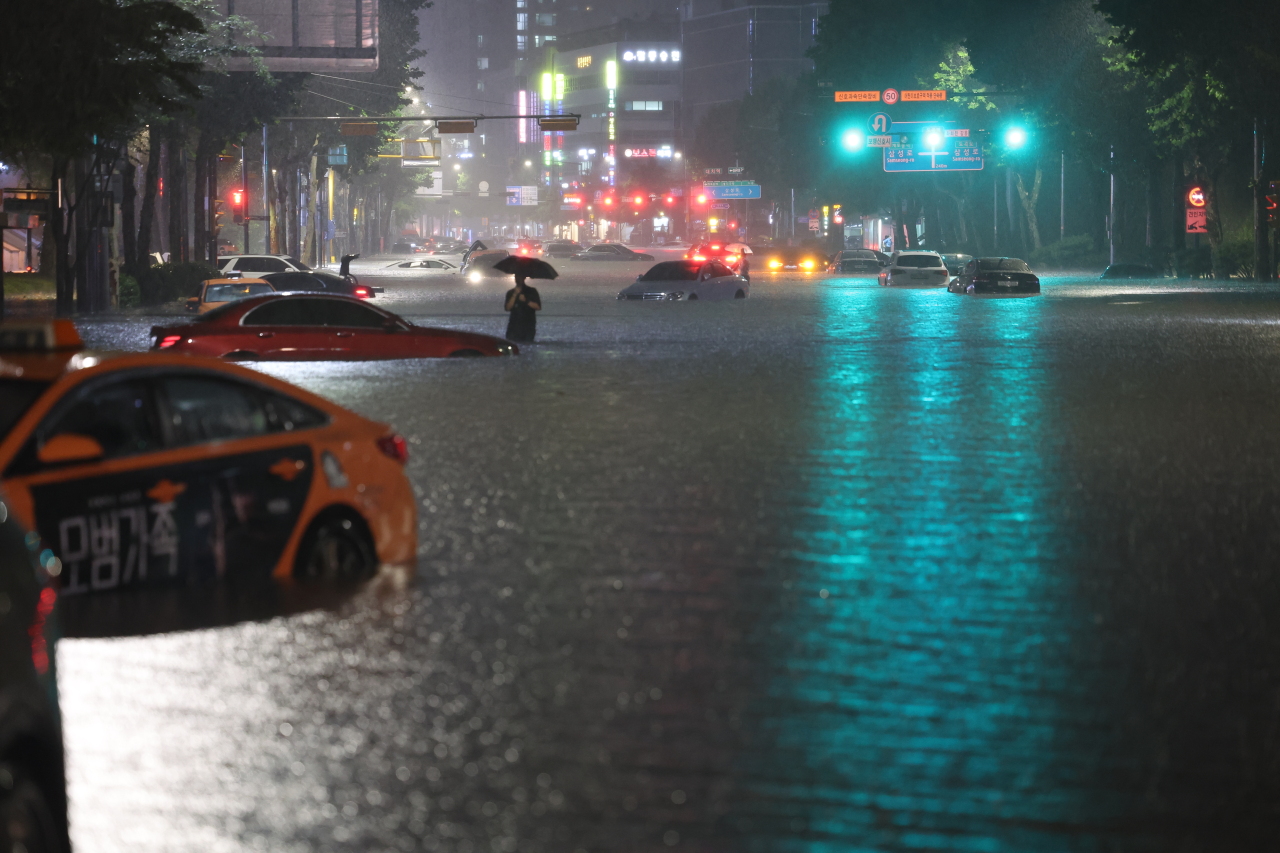 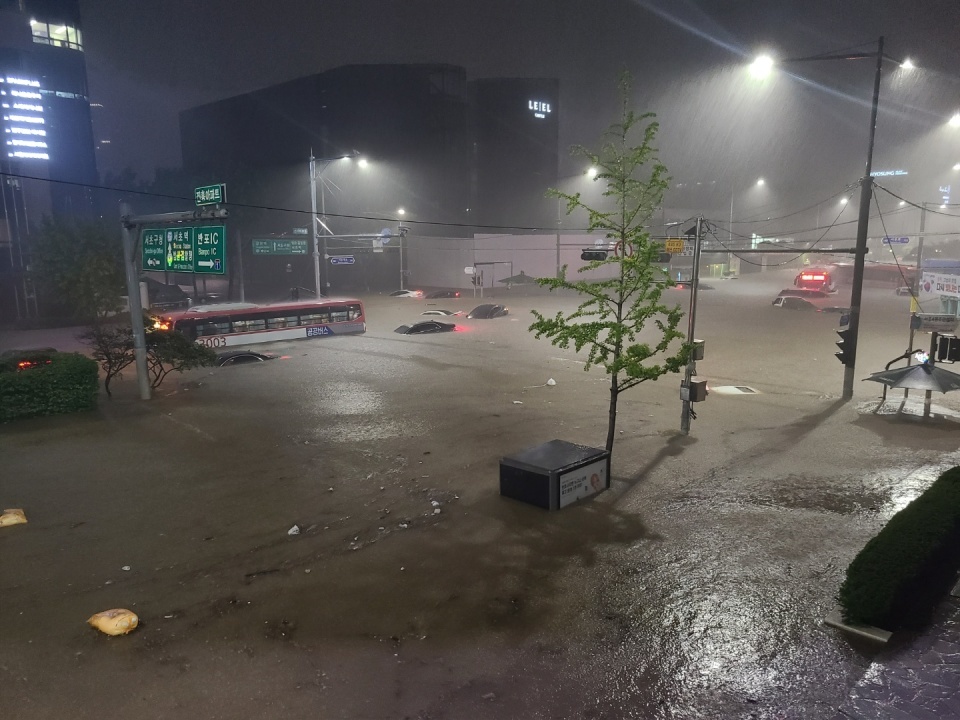 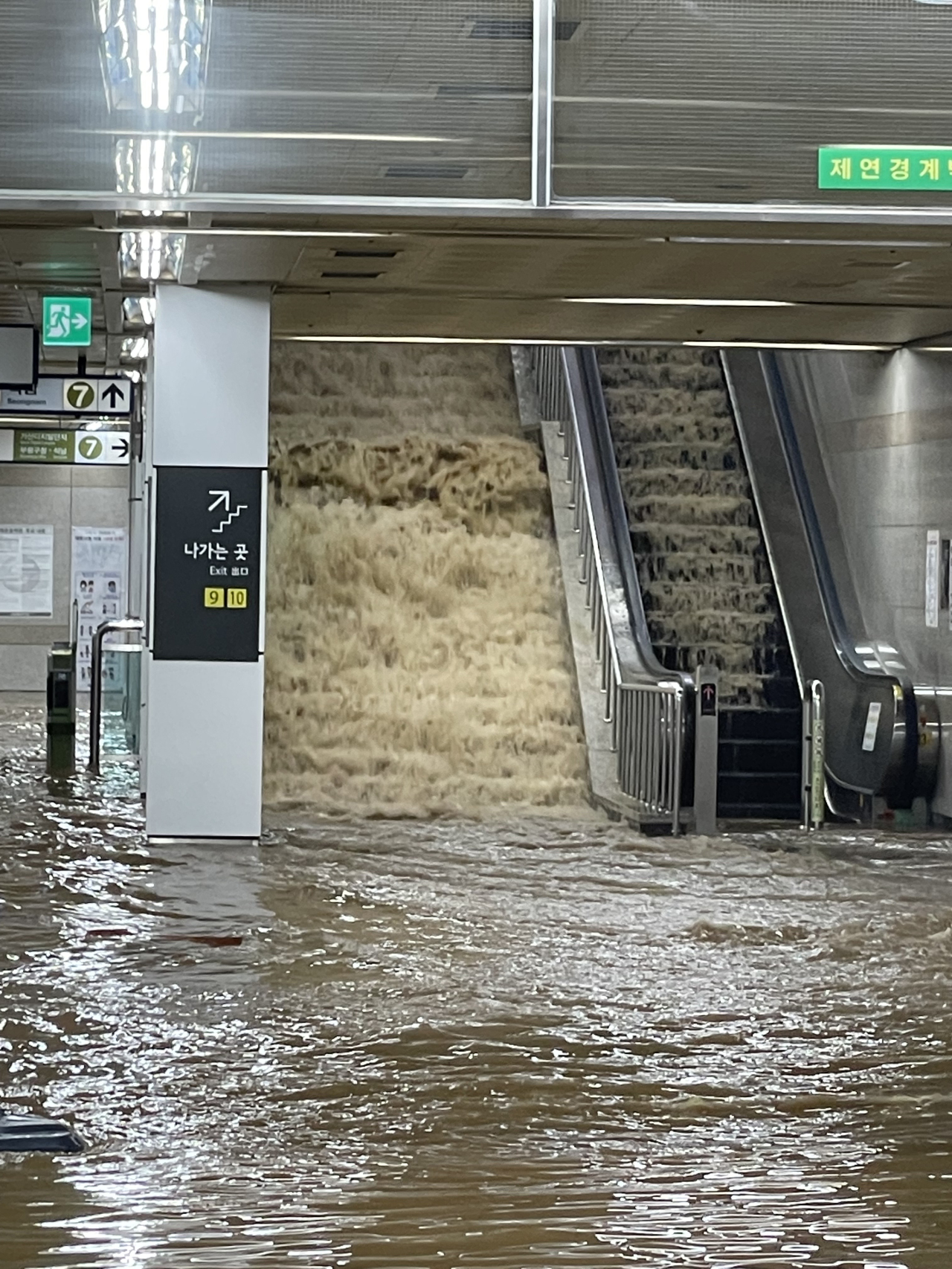 Cars are seen half-submerged in a flooded parking lot at an apartment complex in Daechidong, Seoul, on Monday night. (Yonhap) 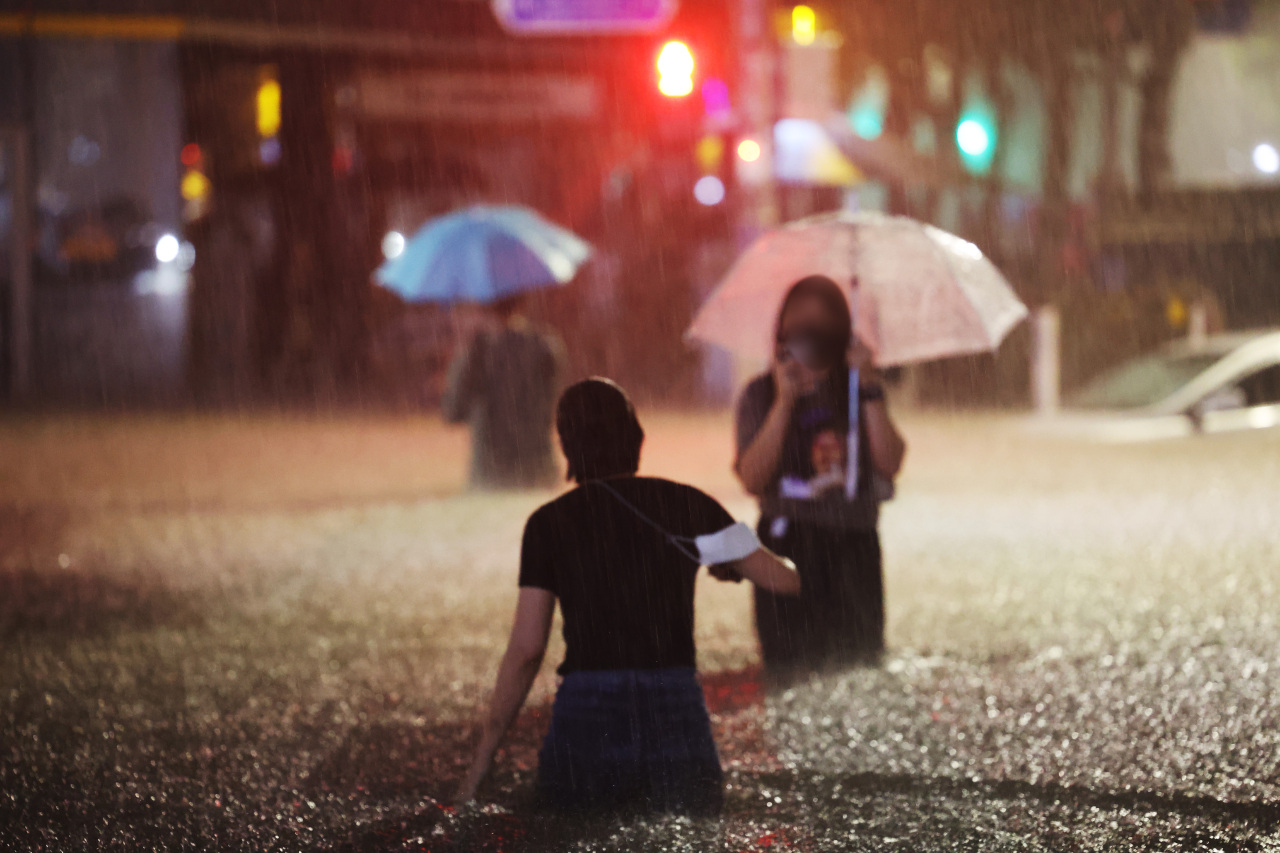