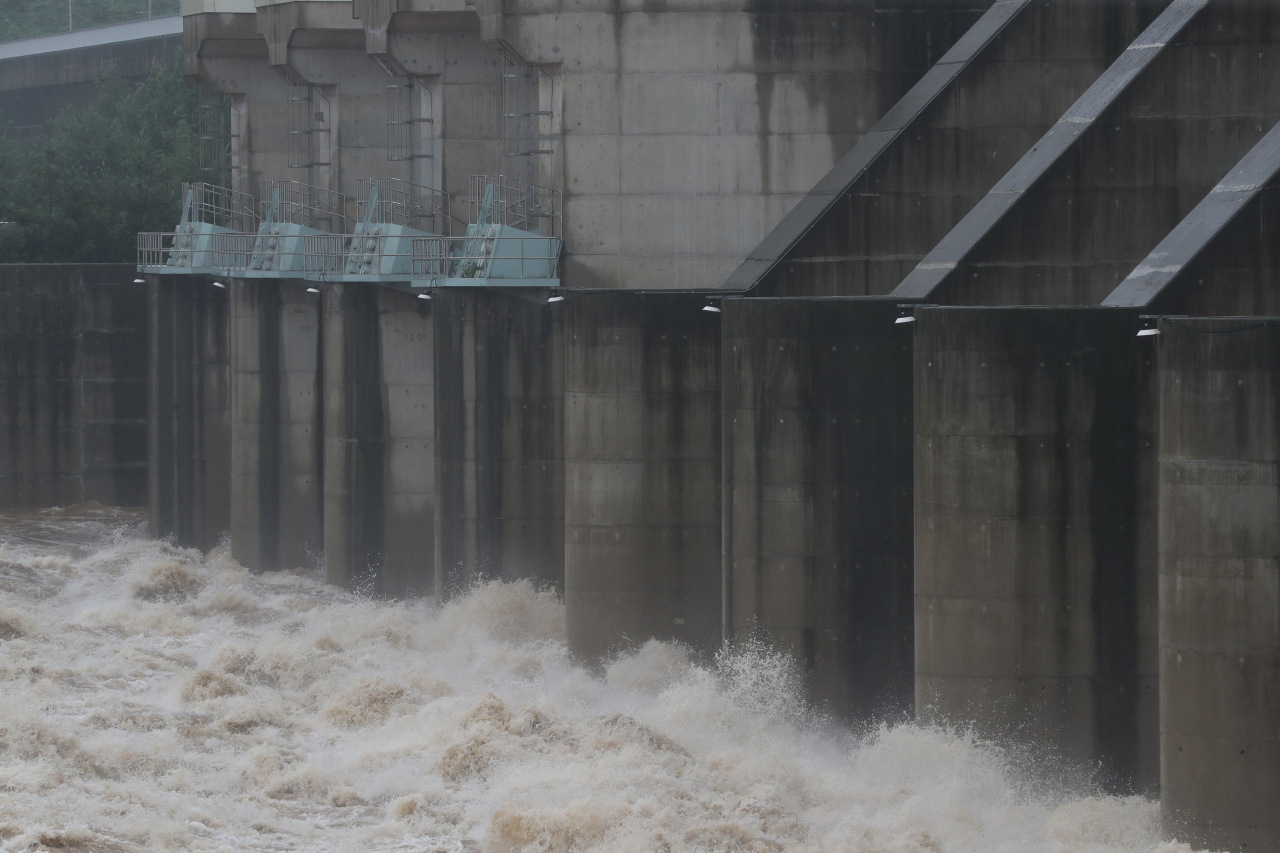 Water pours out of floodgates at Gunnam Dam in Yeoncheon, 62 kilometers north of Seoul, on June 29. (Yonhap)

North Korea appears to be releasing water from a dam near the inter-Korean border without giving prior notice to the South, a South Korean government official said Monday, as the North is drenched by heavy downpours.

“As rain has fallen heavily in North Korea, the North is repeatedly opening and closing the floodgates of Hwanggang Dam,” the unification ministry official said. “It seems (the North) is adjusting the Hwanggang Dam‘s water level based on the rainfall situation.”

The official said there was no prior notification from the North on the move.

Under an inter-Korean agreement signed in October 2009, the North is supposed to notify the South in advance of its plans to release dam water.

On June 28, the unification ministry made a public request to the North to notify the South in advance if it discharges dam water, citing possible damage it could cause in the South.

The request, however, has gone unanswered, with the North apparently releasing water from Hwanggang Dam in late June amid heavy rainfalls at the time.

The official said as of now, the chances of the water release causing damage in the South remains low but the situation is being “closely monitored” as heavy rainfall is forecast for Monday and Tuesday in the North.

It usually takes four to five hours for water released from the dam located at the upper part of the Imjin River to reach Gunnam Dam in the South’s border town of Yeoncheon, 62 kilometers north of Seoul.

Measures are also being devised in cooperation with the environment ministry, regional governments and the military, the official added. (Yonhap)