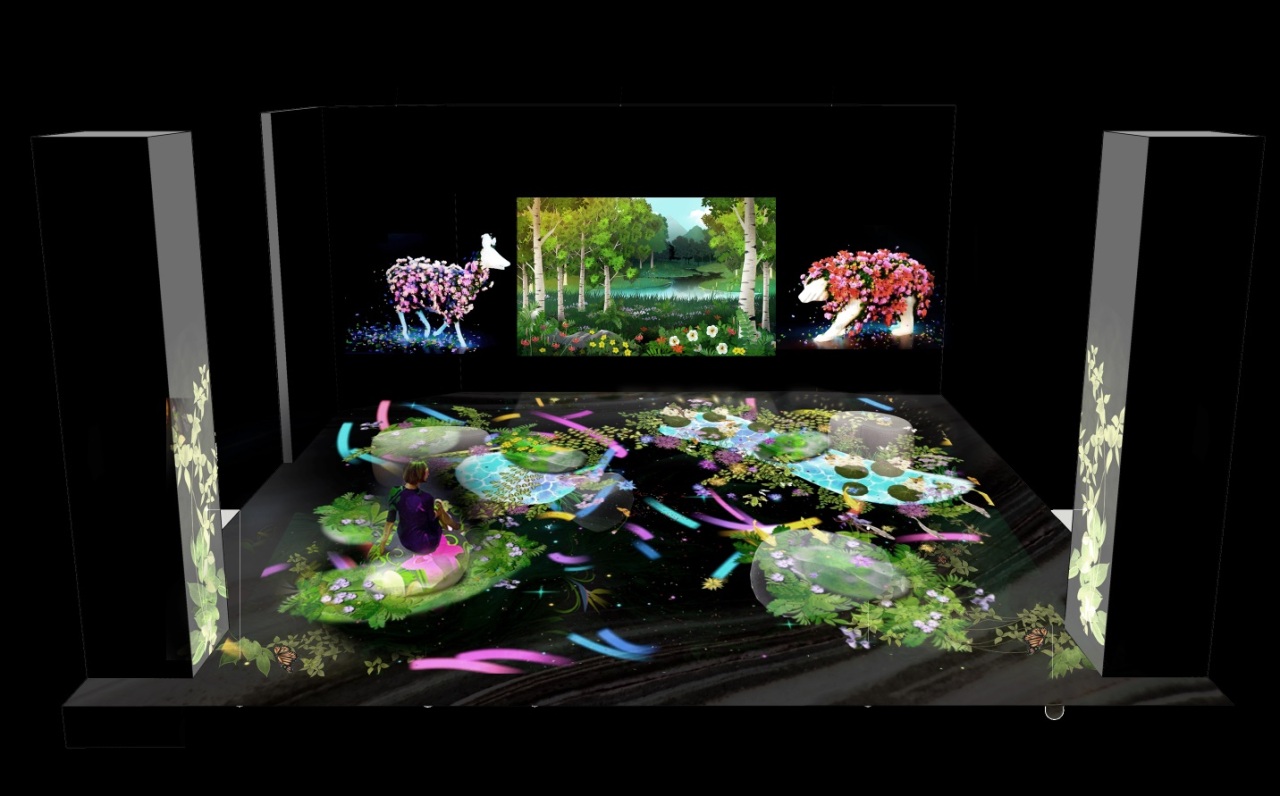 “Four Seasons of DMZ,” a media content on display at the DMZ Live Hall‘s Interactive Media Wall (KTO)
In line with the official opening of Ecological Peace Tourism Information Center located near the banks of the Imjin River in Paju, on Monday, a newly created DMZ LIVE Experience Hall on the premises is inviting guests to a vivid experience of the adjacent neighborhood near the Korean peninsula’s military demarcation line.

The establishment of the center has been jointly planned by the Korea Tourism Organization and the city of Paju since February 2018, with aims to build a cutting-edge tourism center that focuses on the theme of maintaining peace and working for preservation of the ecological environment of neighboring areas that currently separate the north and south.

On Imjingak’s 3982-square-meter space which used to function as a public parking lot, the KTO and the city jointly invested on a budget of nearly 20 billion won ($15 million) to carry out the project.

The DMZ LIVE Experience Hall comprises of the first and second floor of the center. 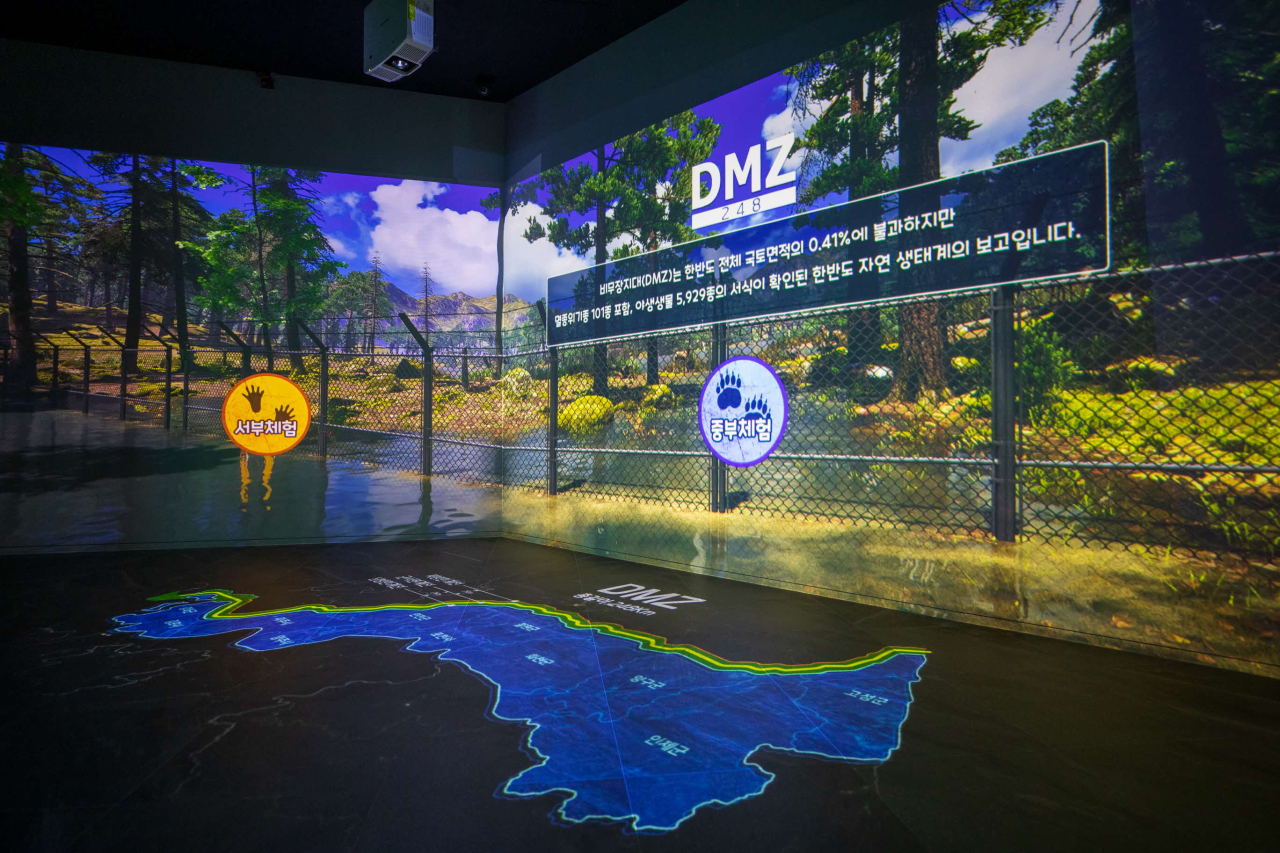 “DMZ 248,” an interactive video game installed at the DMZ Live Hall that contains geographic and ecological traits of the DMZ (KTO)
On the first floor, multiple digital screen content including VR Drone Rider and DMZ Live Coloring Zone are prepared for visitors to explore around and view endangered animal species, plants and various ecological resources that are present near the DMZ.

Entering the second floor, the Interactive Media Wall is equipped with eight different themes for viewing. The themes include observing and hearing nature sounds of Goseong Hwajinpo waves of Gangwon Province, climbing up Geumgangsan, or viewing an expansive scenery of Haegeumgang Islets from the top of the DMZ Unification Observatory.

“The center looks forward to working together with existing tourism facilities in the neighboring towns, including the Imjingak Peace Gondola or the Camp Greaves, where the second US Infantry division was stationed,” a KTO official said, adding that the opening of the center will serve as momentum in the post-pandemic era for the DMZ to grow as a global tourist destination.

In celebration of its opening, the center allows free admissions to the DMZ Live Hall for all guests through September.

Up to 50 visitors can enter hall per hour. Reservations to visit the DMZ LIVE Hall can be made on the site or through its website, DMZLive.