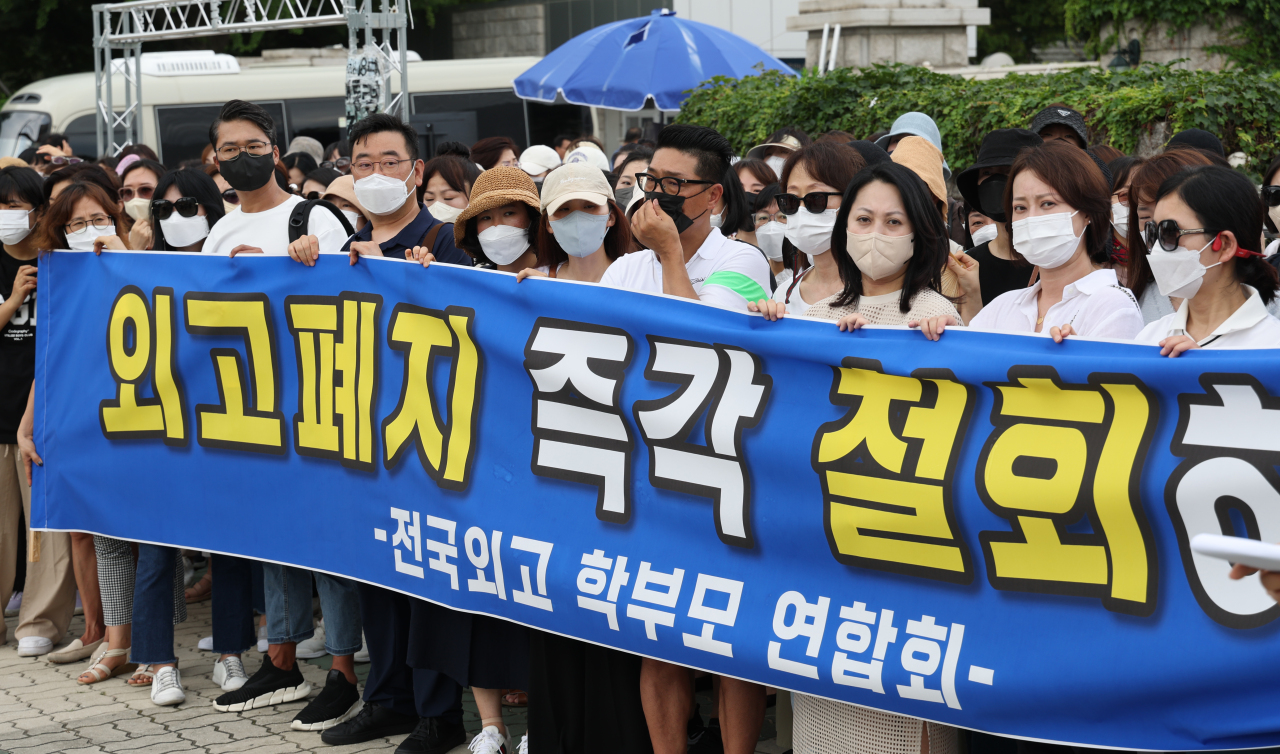 Confusion has ensued over the fate of elite schools every time the government changed hands.

The abolition plan was, however, expected to be discarded under the Yoon Suk-yeol administration as its state agendas include “a reform of the high school system to provide diverse types of education.”

But Education Minister Park Soon-ae’s surprise announcement of a plan to abolish foreign language high schools in her report to the president has thrown the affected schools into chaos.

The announcement was met with strong opposition.

“The presidential transition committee of Yoon stressed on ensuring the people’s right and freedom to be educated as stated by the Constitution, guaranteeing the variety of education and the right of students to choose the type of the education. (The Education Ministry) however announced the education policies without any debates or meetings,” the statement read.

A committee of parents whose children attend foreign language high schools also held a press conference Friday in front of the National Assembly, criticizing the plan.

“The announcement from the education minister was very rushed,” a parent on the committee said. “Park rushed into announcing education policies, not considering the long term effects.”

The Education Ministry, seeking to make reassurances, said it is “looking over many measures” to nurture talents for the future and that it would announce a road map on the high school system reform within this year.

Meanwhile, Education Minister Park, who has been met with heavy criticism both on her personal life and ministry policies since she took office, has canceled most of her official schedules.

Since holding a press conference Thursday on a disinfection scheme for local schools in the second semester, she canceled her visit to a kindergarten in Seoul and a debate on the local education subsidy at the National Assembly. At Thursday’s conference, she left the scene without receiving questions from the press.

Park is to make an official appearance at the National Assembly Education Committee meeting on Tuesday.