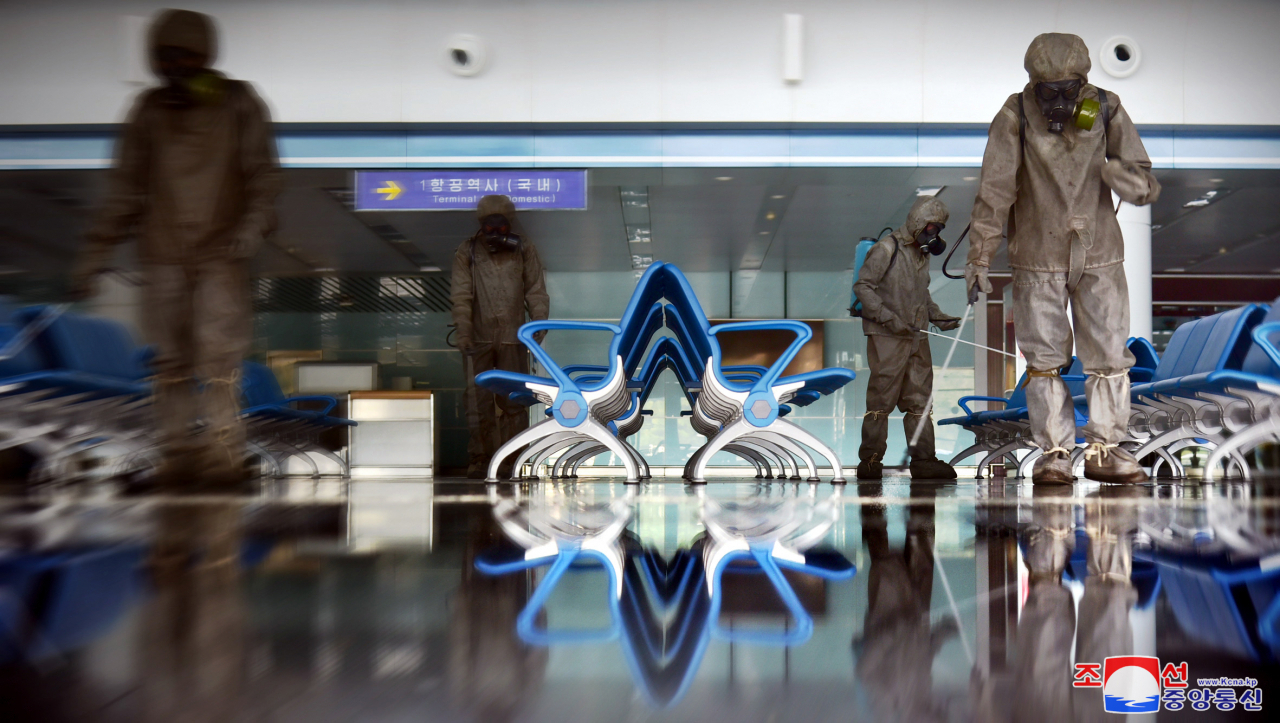 North Korea's new suspected COVID-19 cases remained at zero for more than a week, according to its state media Sunday.

With regard to an outbreak of six "fever cases" in Jongju City, North Phyongan Province and Sinhung County, South Hamgyong Province on Friday evening, the KCNA said the country's health authorities carried out various tests including "epidemiological test,

"This scientifically clarified that fever was

caused by other diseases like gastroenteritis," it said in an English-language report.

The North announced a coronavirus outbreak on May 12 and the daily count of suspected cases peaked at over 392,920 three days later.