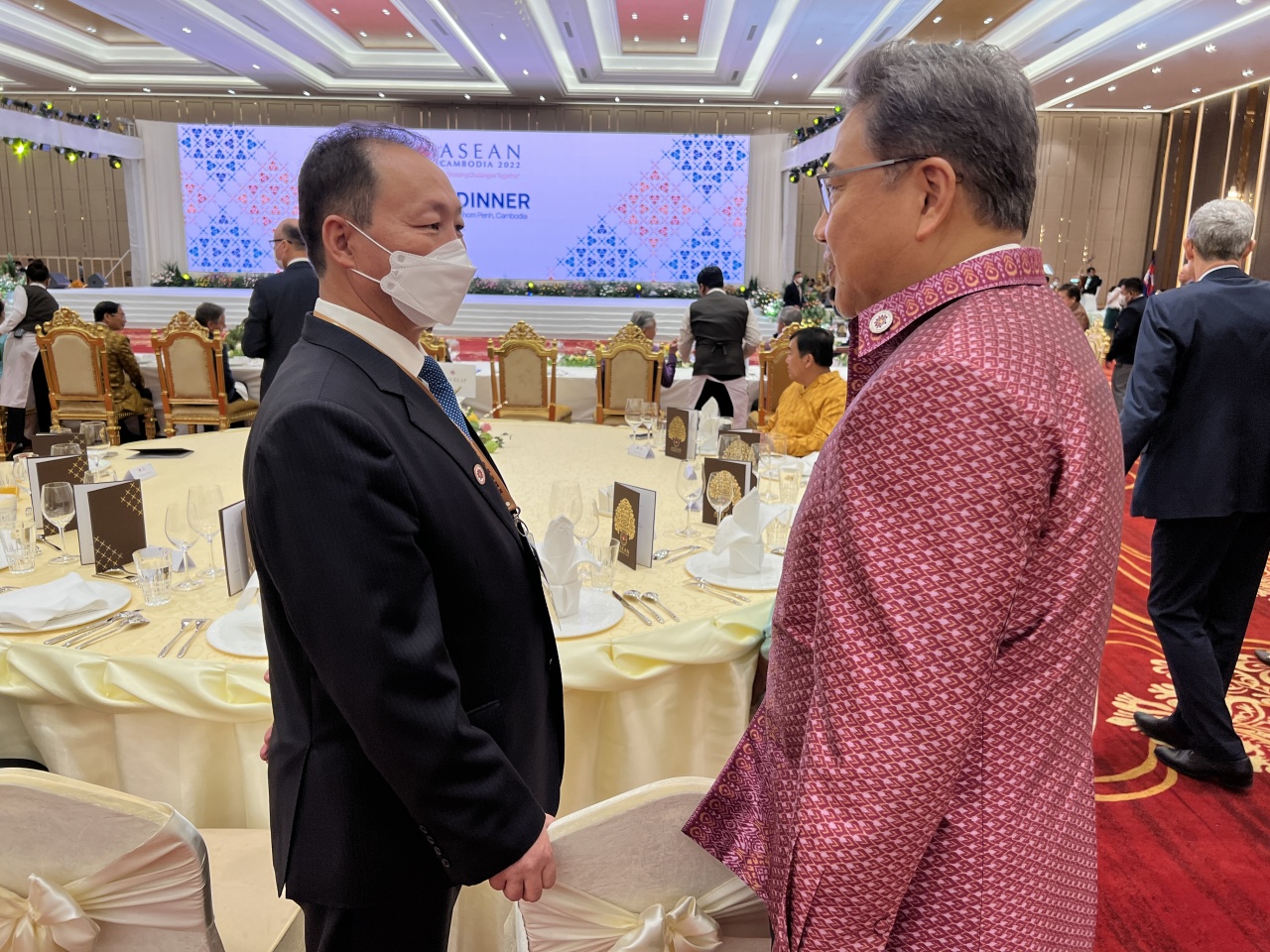 During a welcome dinner on Thursday, Park greeted An Kwang-il, the North's ambassador to Indonesia and top delegate to the regional security forum.

During their conversation, Park said that inter-Korean talks without conditions were needed and expressed hopes for denuclearization for peace and security on the Korean Peninsula, and An replied that conditions should be created, a foreign ministry official said.

An, who doubles as the North's point man on the Association of Southeast Asian Nations, attended the conference instead of Pyongyang's top diplomat Choe Son-hui.

Inter-Korean ties have been stalled amid a prolonged deadlock in nuclear talks between Washington and Pyongyang since the no-deal Hanoi summit between their leaders in 2019. (Yonhap)