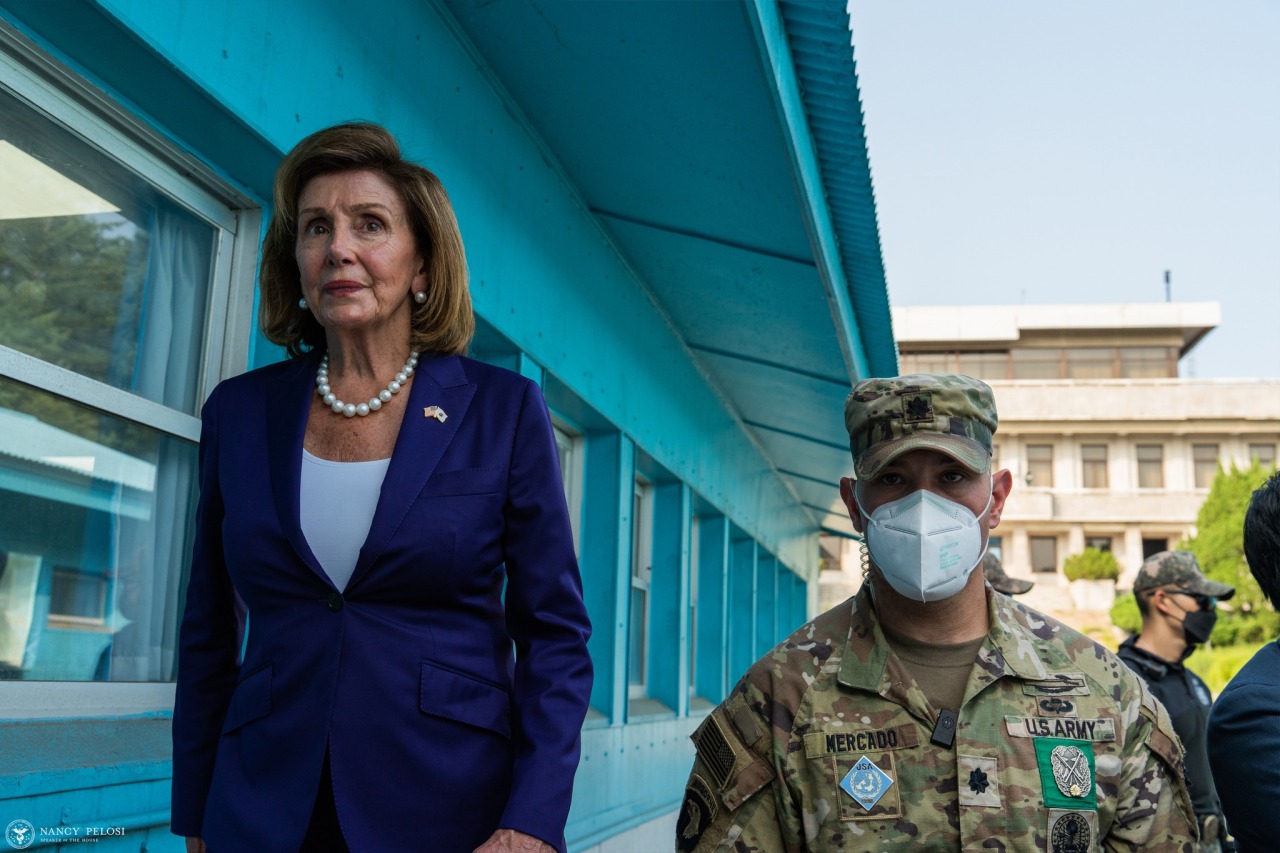 In a statement, Jo Yong-sam, director general of the foreign ministry's press and information department, also criticized Pelosi for talking about "strong and expanded deterrent" against threats from North Korea during her trip to South Korea earlier this week.

She made a two-day visit here from Wednesday following a trip to Taiwan. She had talks with National Assembly Speaker Kim Jin-pyo and a phone call with President Yoon Suk-yeol.

She then visited the Joint Security Area of Panmunjom inside the Demilitarized Zone (DMZ).

It demonstrates the "hostile policy of the current US administration towards the DPRK," the North's official said in the English-language statement carried by the Korean Central News Agency.

Pelosi, who is "the worst destroyer of international peace and stability had incited the atmosphere of confrontation with Russia during her visit to Ukraine in April, and incurred the wrath of the Chinese people for her recent junket to Taiwan," Jo said.

He warned that it "would be a fatal mistake for her to think that she can go scot-free in the Korean Peninsula. The US will have to pay dearly for all the sources of trouble spawned by her wherever she went." (Yonhap)