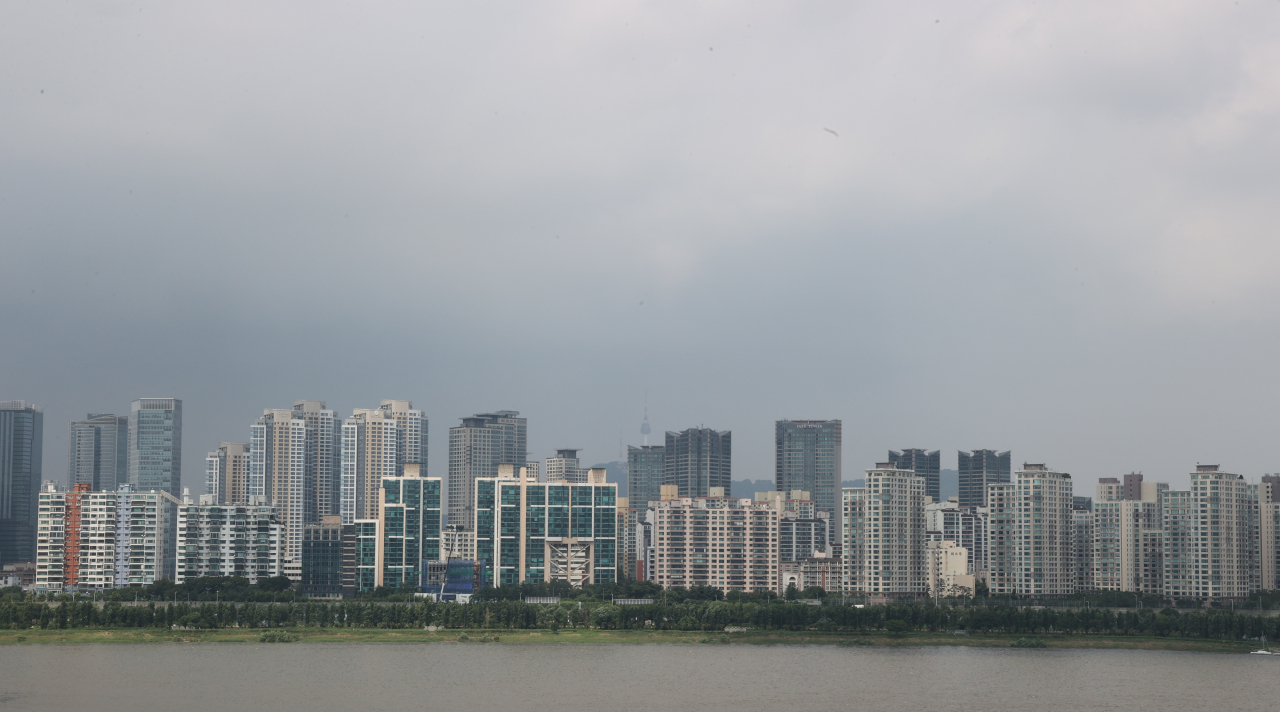 Apartment complexes are seen on the north side of the Han River in Seoul on Wednesday. Korea saw the number of property transfers sharply increase in 2021. (Yonhap)
SEJONG -- The tally for cases of wealth transfers to Koreans aged under 30 surged by 106 percent last year, compared to the previous year, after a gradual increase between 2017 and 2020, data from the national tax agency showed Thursday.

According to the National Tax Service’s data, given to Rep. Kim Hoi-jae of the Democratic Party of Korea, the number of Koreans aged under 30 who reported capital transfers from their parents, grandparents, or others came to 70,115 last year, a 106 percent increase from 34,036 in 2020.

It added that assets worth 11.9 trillion won ($9 billion) were given by their parents or other relatives as a gift, not an inheritance.

This indicates that an average of 170 million won was given to an individual in their 20s, in their teens or those under 10.

Assets gifted in value saw a 143 percent increase from 4.89 trillion won in 2020. On average, the size of gifts grew 18.2 percent from 140 million won per individual last year.

Recipients of family gifts in their 20s were given assets worth 200 million won on average, while teenagers and children under 10 received 130 million won and 100 million won, respectively.