Inside “Yaksok Dabang,” a music coffee shop of the 1970s, located in an outdoor exhibition at the National Folk Museum of Korea. (NFMK)
For those looking for a unique experience this weekend, how about a quick travel in time to the ’70s?

The National Folk Museum of Korea, located inside Gyeongbokgung, is hosting special events outdoors where bustling streets from the 1970s and 1980s have been recreated.

Named “Street of Memories,” the neighborhood has its own evening school, a barbers hop, a coffee house, a comic books store, a photo studio and more.

At Yaksok Dabang, visitors are offered a complimentary cup of dabang coffee, sweet coffee with creamer and sugar that was common at the time.

The photo studio invites visitors to try on old-fashioned school uniforms and get a black-and-white photo taken by an onsite photographer to take home as a souvenir.

Visitors can also try outdoor games that were once played on the streets.

Those interested in vintage items will notice the Hyundai Pony pick-up, the first Korean model vehicle developed and manufactured by Hyundai Motor in 1978 and a manual type casting machine used by the press and publishing companies from the 1930s to the 1970s. 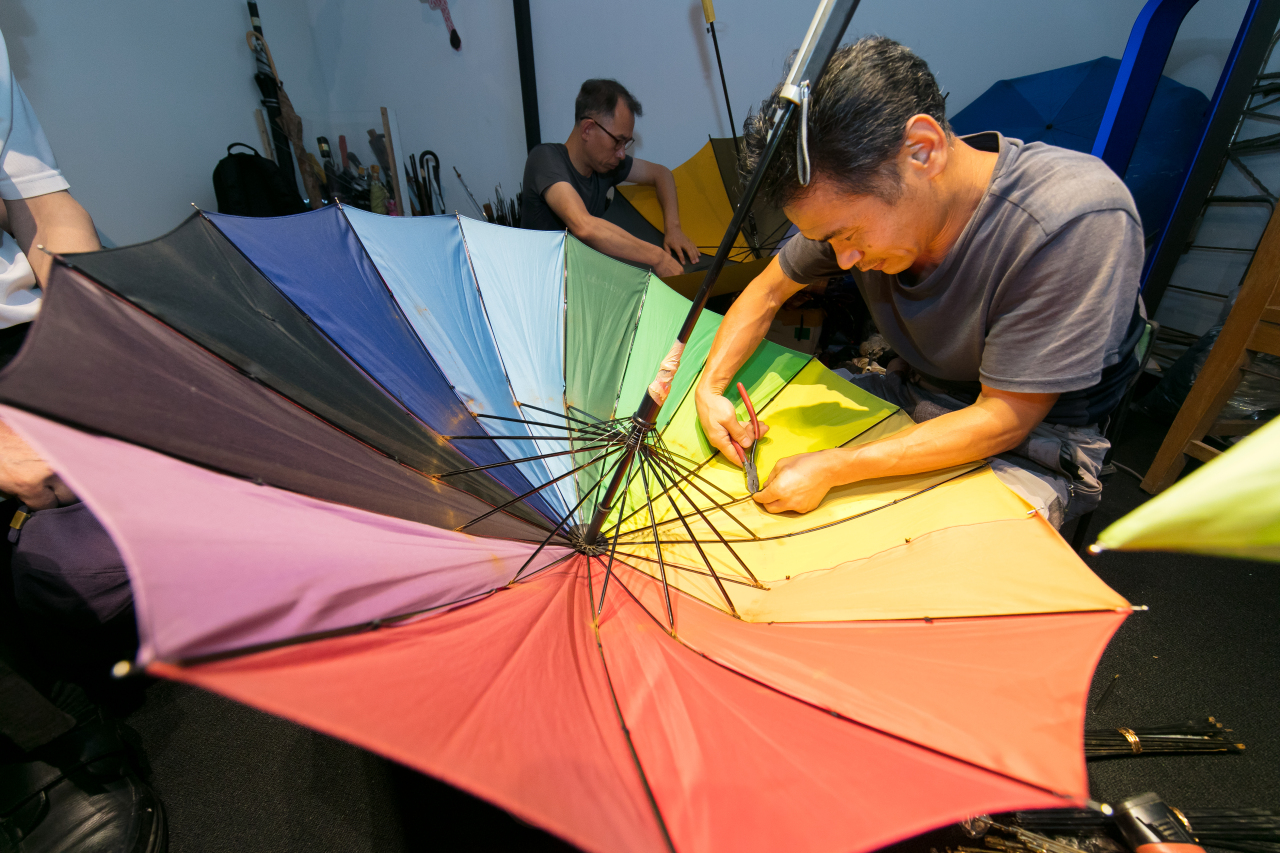 A staff member demonstrates how to fix umbrellas during a workshop held at the National Folk Museum of Korea’s outdoor exhibition ”Street of Memories.” (NFMK)
A workshop on how to repair broken umbrellas, a common practice in the past when umbrellas were considered expensive, runs every Saturday, from 1 p.m. to 5 p.m.

“Street of Memories” operates daily until 6 p.m. on weekdays and until 7 p.m. on weekends.

The special events will be available through Oct. 30. 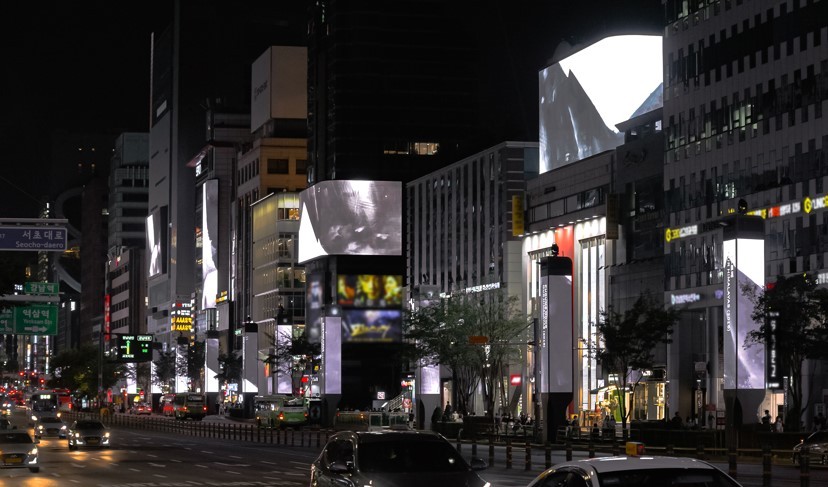 If you happen to be at Gangnam or Sinnonhyeon stations in the evening hours, take a look at the media work installed along the road. Ink wash paintings by Hong Purume are on display at G-LIGHT platform on Gangnamdaero in southern Seoul as part of the Artbank project organized by the National Museum of Modern and Contemporary Art, Korea. 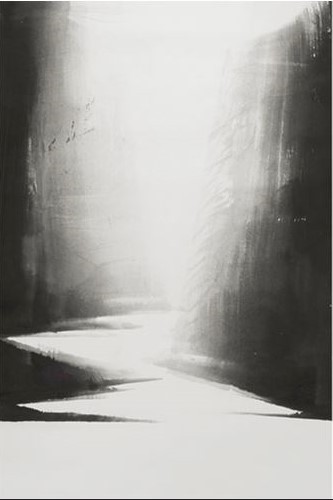 “Unseen” by Hong Purume (MMCA)
The works are selected from a collection acquired by Art Bank, a subsidiary of the national museum. Established in 2005, Art Bank annually acquires artworks by Korean artists to lend for exhibitions at home and abroad. The first Artbank project at Gangnamdaero showed works by painter Kim Bo-hie from April 29 to July 24.

Fifteen Ink wash paintings by Hong that feature the theme of light are digitally reproduced for display three times a day at 8:30 p.m., 9:30 p.m. and 10.30 p.m. from July 25 to Oct. 6. Among the 15 ink wash paintings, three works are part of the Art Bank collection. 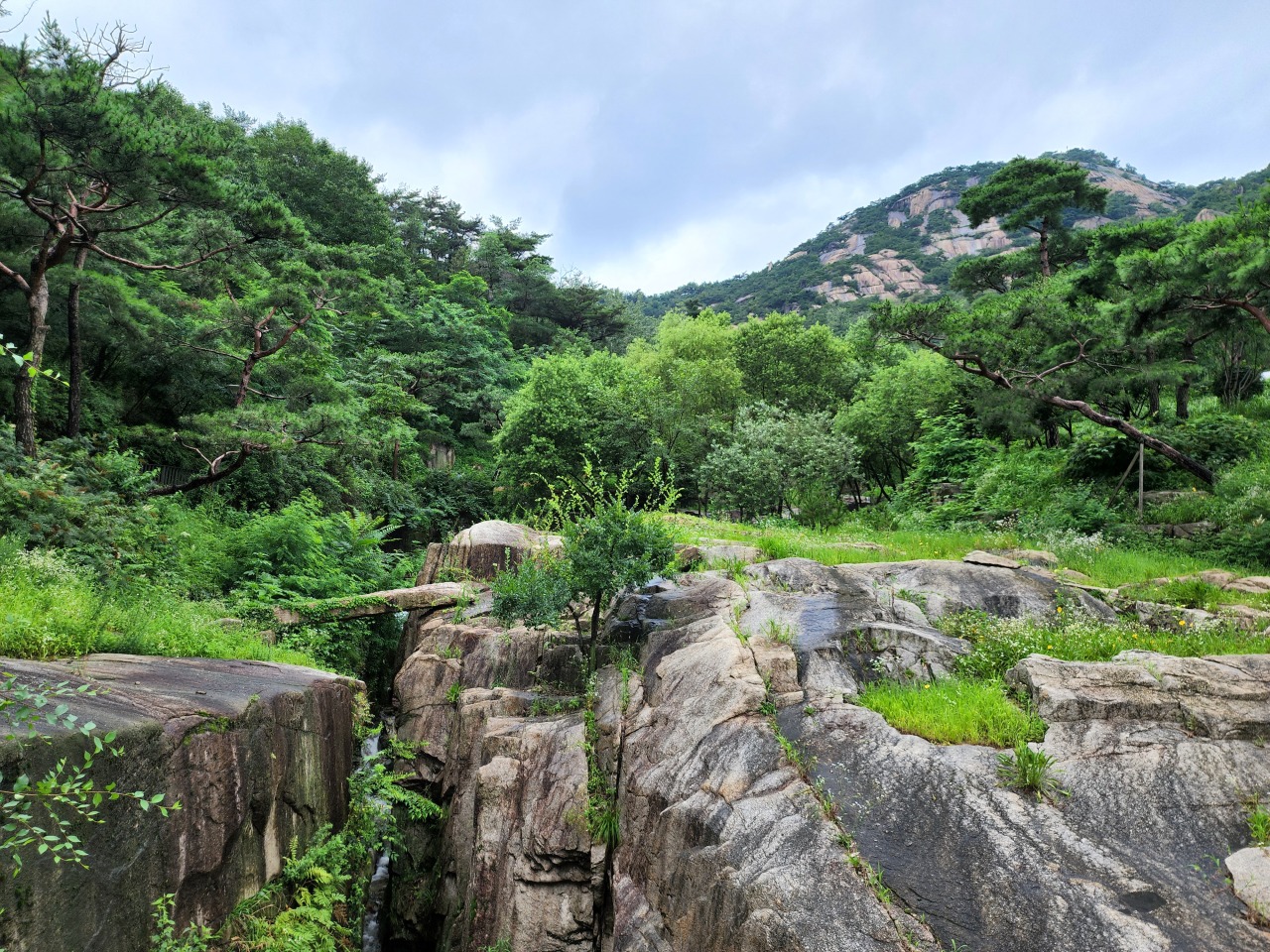 Located in the heart of Seoul, Suseongdong Valley at the foot of Mount Inwang is one of the few valleys in the capital.

As the name suggests -- Suseongdong means the sound of water in the valley -- the murmur of the stream and buzzing of the cicadas transport you miles away from the hustle and bustle of the busy city.

The site was a popular spot among Joseon-period scholars who frequently visited the valley in the summer to enjoy and appreciate arts -- reciting poems or painting -- while looking at the picturesque view. 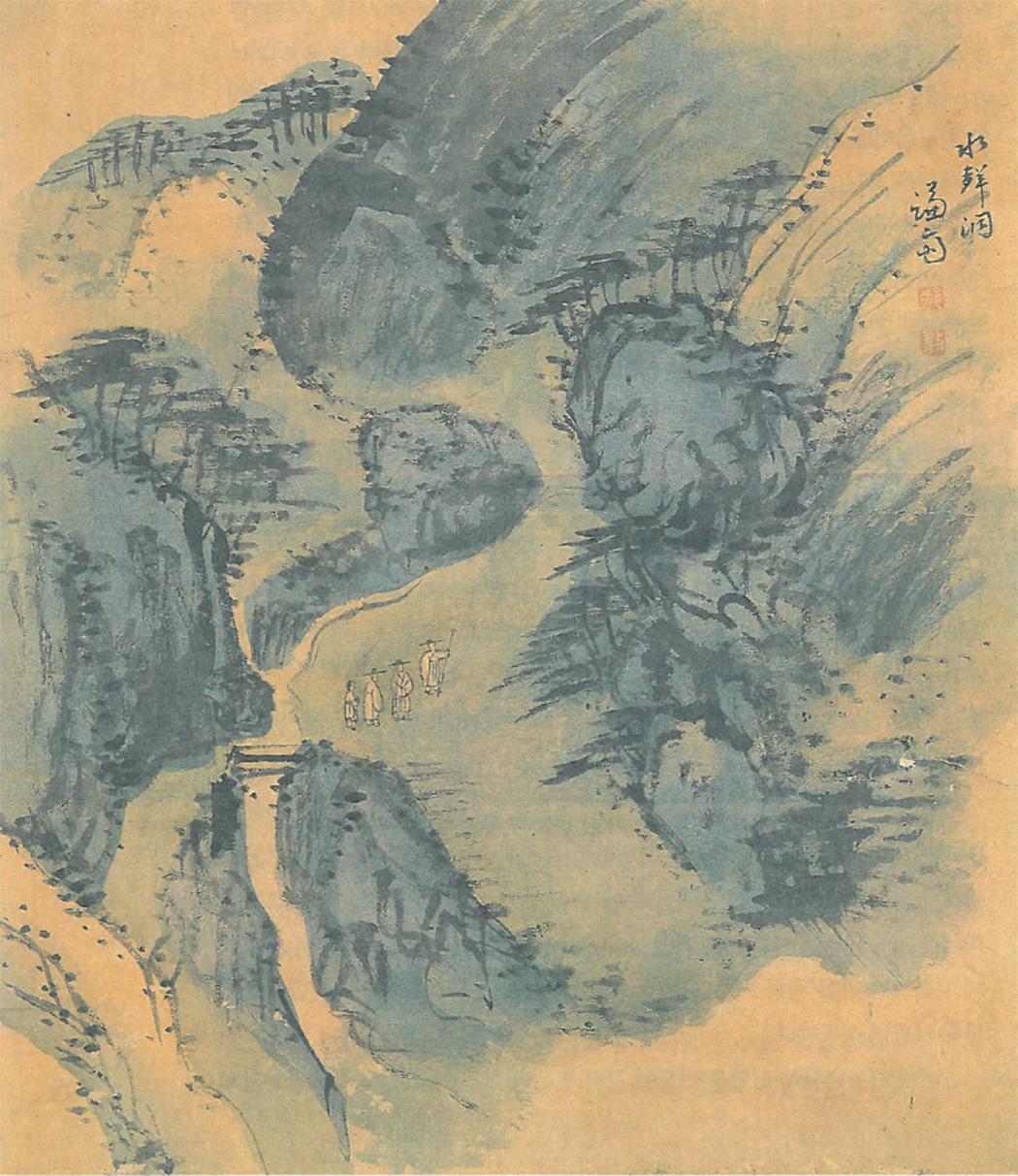 Jeong Seon’s “Suseongdong“ (Kansong Art Museum)
The valley was captured by Jeong Seon (1676-1759), a celebrated painter hailed as the master of landscape paintings, in one of his eight-part painting work.

The valley was largely forgotten after an apartment complex was built on top of the valley in the 1970s, only to be restored in 2010 when the buildings were demolished. While tearing down the apartments, workers found a 1.5-meter-long stone bridge, called “Giringyo,” believed to be the original stone bridge depicted in Jeong’s painting from the Joseon period. 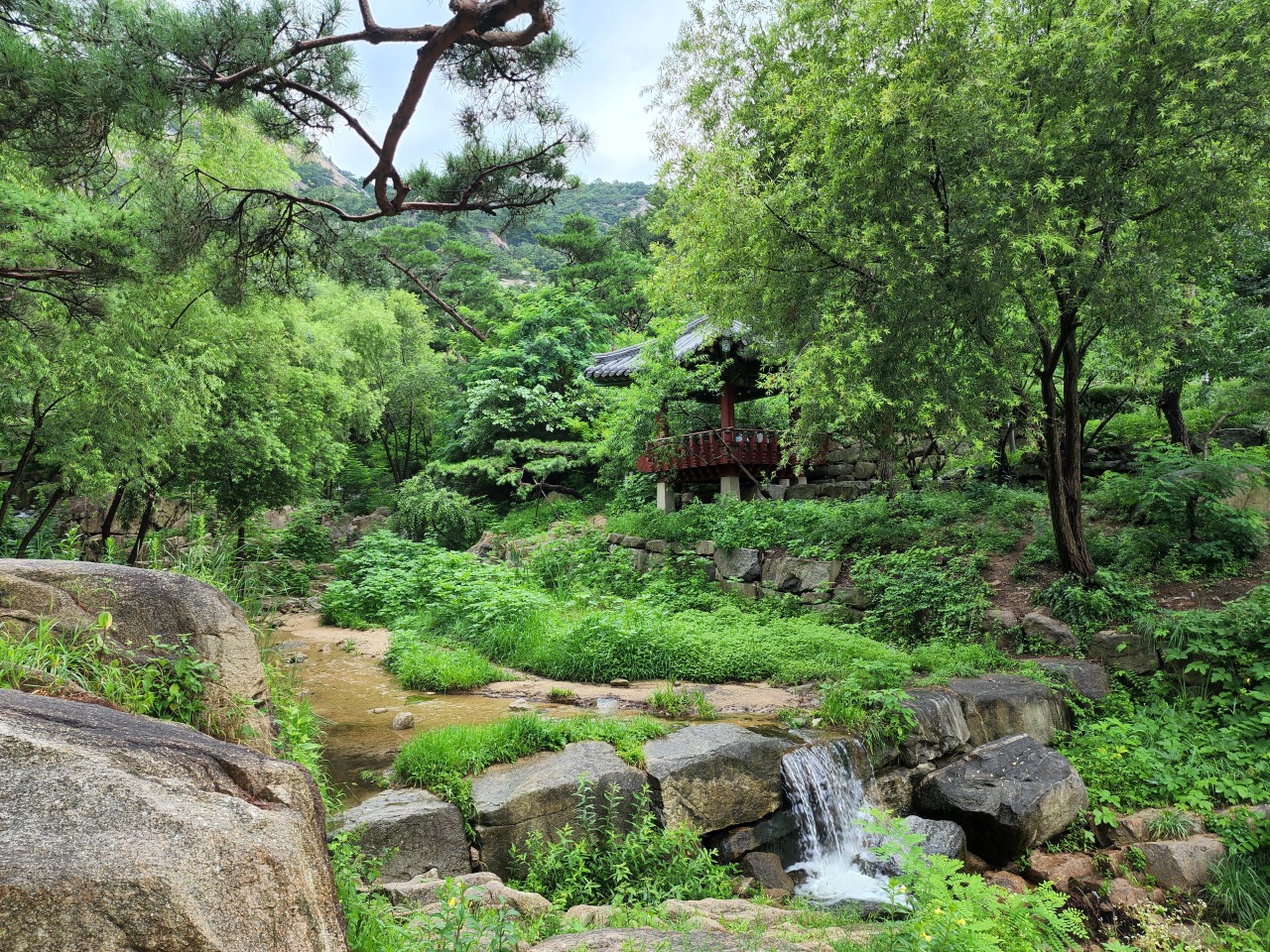 A pavilion at Suseongdong Valley (Hwang Dong-hee/The Korea Herald)
The Seoul city government restored the site in 2012 based on Jeong’s painting of Suseongdong Valley. A wall from the demolished apartment complex still remains as a monument.

It is a short walk around the valley but there are a few trails that branch off and lead to Inwang Mountain or other hiking paths.

If you visit after rain, you might be able to dabble your feet in the cold water that fills the valley.