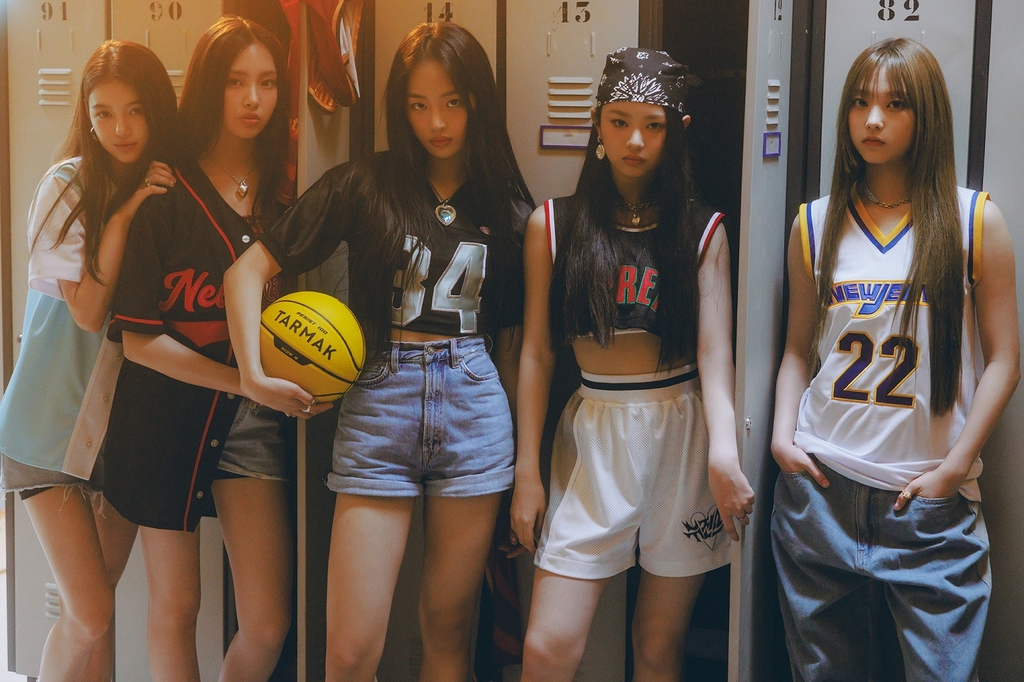 NewJeans, the first girl group from an independent label under K-pop powerhouse Hybe, has made an impact on music charts at home and abroad upon its debut.

The five-piece multinational group debuted Monday under the label ADOR with members -- Minji, Danielle, Hanni, Haerin and Hyein -- whose average age is 17.

In Vietnam, the home country of member Hanni, "Hype Boy," "Attention" and "Cookie" ranked 53rd, 55th and 67th, respectively, on the daily chart, while "Hurt" was at 104th. "Attention" reached 55th in Singapore.

The song is also ranking high on other domestic charts.

As of 7 a.m. Thursday, "Attention" stayed atop Bugs' real-time streaming chart, with "Hybe Boy" coming in second. "Attention" was fourth on Genie's and 12th on Melon's real-time chart.

Earlier, "New Jeans" recorded the most first-week sales of any debut album by girl groups in South Korea by selling more than 440,000 copies in preorders. The previous record was 307,450 copies set by Le Sserafim with its first EP, "Fearless."

Unlike most K-pop groups, which upload teaser images or videos ahead of their debut, NewJeans made a bold and unprecedented start by dropping the music video for "Attention" even before making its debut. The album "New Jeans" is set to be officially released Monday. (Yonhap)