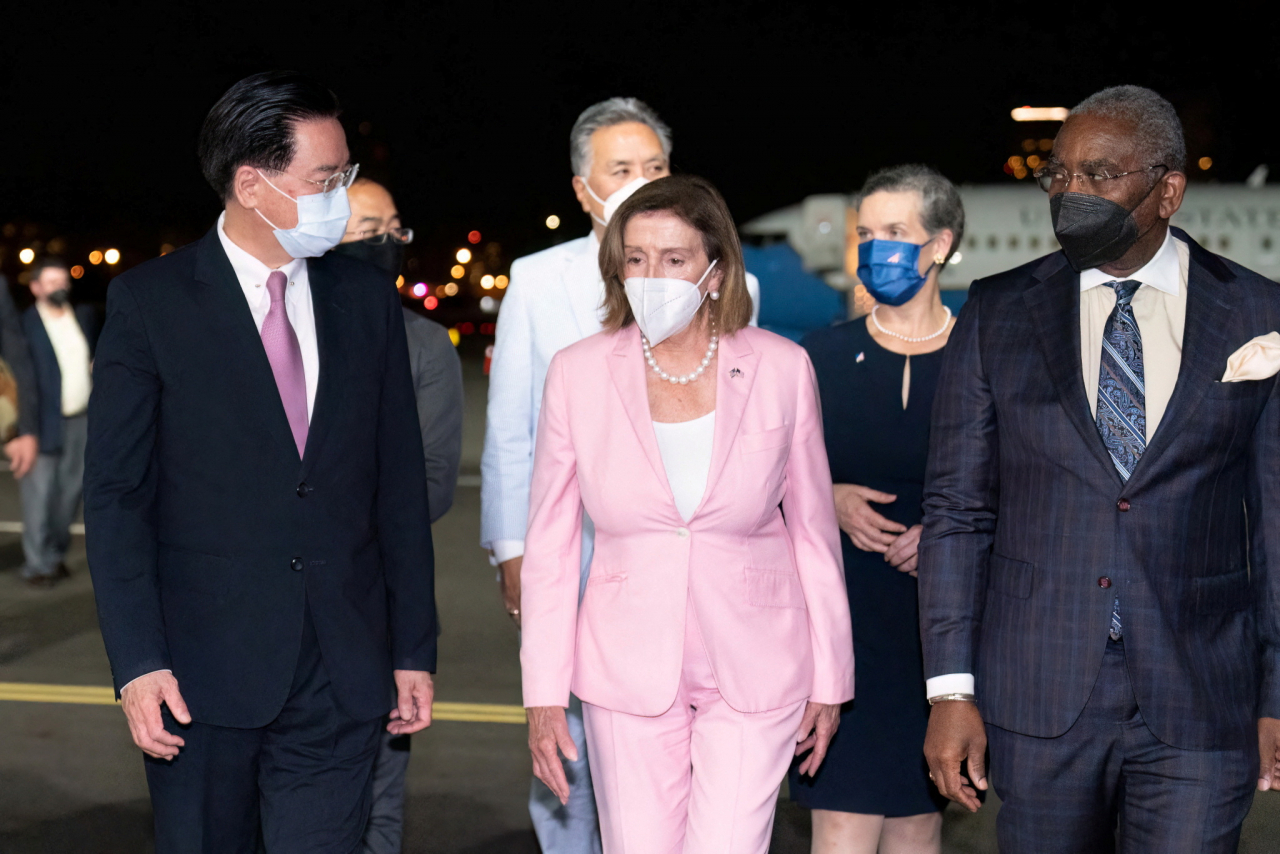 US House Speaker Nancy Pelosi (C) arrives at Taipei Songshan Airport on Tuesday, in this photo released by AFP. (AFP)

US House Speaker Nancy Pelosi was set to hold talks with National Assembly Speaker Kim Jin-pyo in Seoul on Thursday amid heightened regional tensions in the wake of her high-profile visit to Taiwan.

Pelosi arrived in Seoul on Wednesday night from Taiwan where she reaffirmed unwavering US commitment to the island amid angry protests from China. Beijing announced live-fire military drills around Taiwan in protest.

On Thursday, she was to meet with Kim for talks about regional security, economic cooperation and other pending issues. Also attending the meeting will be the floor leaders of the ruling People Power Party and the main opposition Democratic Party.

Her two-day trip also includes a visit to the inter-Korean truce village of Panmunjom later Thursday.

South Korea is one of the legs on Pelosi's Asian tour that already has taken her to Singapore, Malaysia and Taiwan. After South Korea, she plans to visit Japan. Pelosi is the first US House speaker to visit South Korea since former Speaker Dennis Hastert in 2002. (Yonhap)