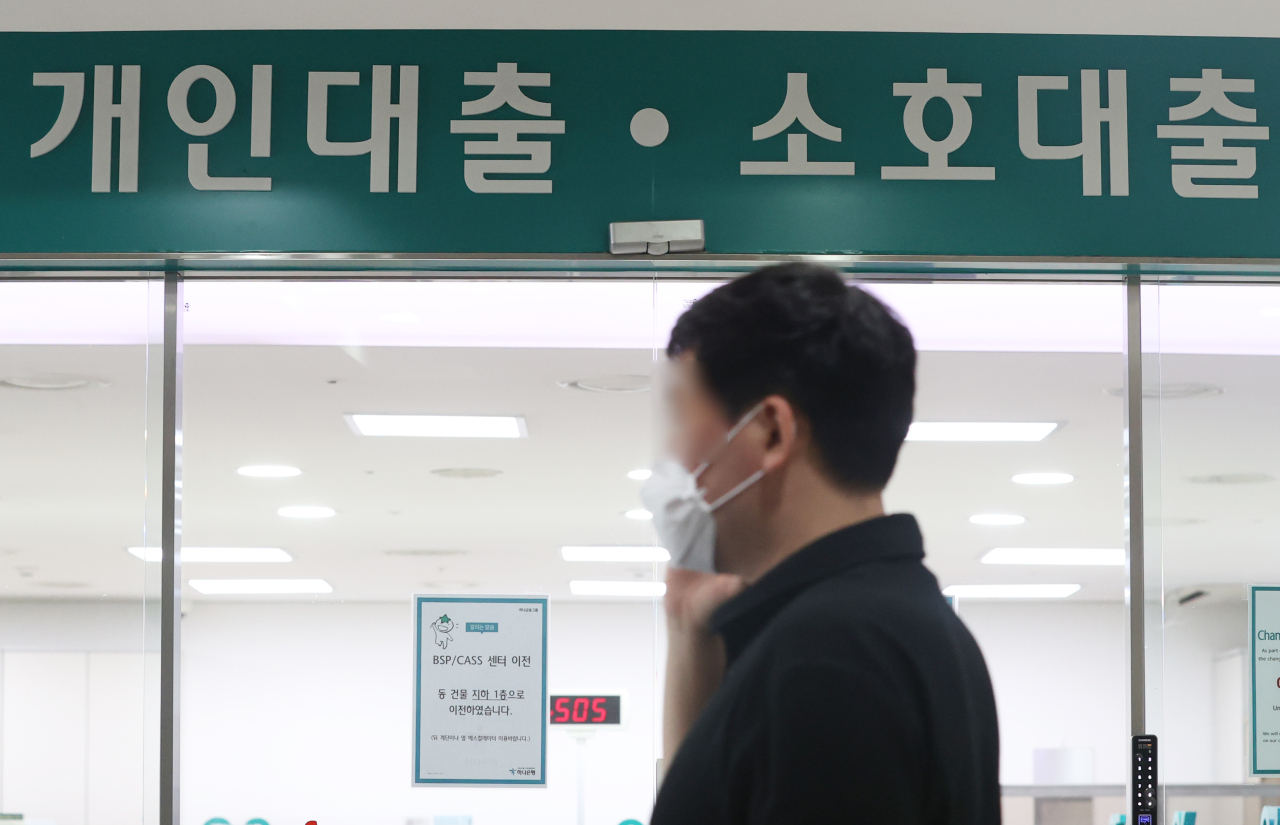 (Yonhap)
Top commercial banks have come under fire for increasingly denying customer requests to lower their interest rate repayments, while profiting heavily from of their lending programs, data showed Wednesday.

The growing criticism comes as borrowers have been facing heavier debt repayment burdens in recent months, with lenders keeping their borrowing rates in pace with the central bank’s aggressive rate hikes.

Last year’s acceptance rate was 1.6 percentage points lower than the previous year and has fallen significantly compared with the corresponding figures for 2018 and 2019, which came to 32.6 percent and 32.8 percent, respectively.

The 26.6 percent translates into loans worth a combined 8.5 trillion won ($6.4 billion.

The National Assembly passed a legislation in June 2019 that would give borrowers legal grounds to ask lenders to lower their interest rates if their credit scores improve. However, the lack of transparency in the assessment system coupled with the lenders’ over-simplified explanations for the rejections, have fueled borrowers’ frustration, sources say. To address this, a ruling People Power Party lawmaker recently drafted a revision bill that would allow the banks to alert the borrowers subjected to a possible rate cut and give a detailed explanation if they ultimately reject the request.

By bank, Shinhan had the lowest acceptance rate with 33.3 percent last year. KB Kookmin followed with 38.8 percent and Hana with 58.5 percent in the same period. Woori and NH NongHyup each had 63 percent and 95.6 percent, respectively.

A spokesperson for Shinhan, requesting anonymity, explained that its low acceptance rate compared with other industry rivals was due to overlapping requests with the launch of its new online system.

“We are the only lender that has launched an online system for the interest rate cut request, which has allowed our customers to easily file multiple requests through the system,” the spokesperson said.

“There was even a customer that made 50 requests over the course of six months for a single loan.”

Meanwhile, separate FSS data showed that a total of 1,047 executives at four out of the top five banks -- KB Kookmin, Shinhan, Hana and Woori -- received a combined 108.3 billion won in performance bonuses from January 2020 to May this year. Though quite modest by international standards, the figures, released by a Democratic Party of Korea lawmaker, drew the ire of some who said the banks were “celebrating” off their customers’ loan repayment, while borrowers have been struggling with the growing interest rate.

“We express regret that the banks have been celebrating with their performance as our citizens continue to struggle with loan interest rate repayment,” Democratic Party lawmaker Rep. Kim Jong-min said.

Korea’s top commercial banks and their holding groups reported a record-high net profit for the first half of the year, backed by a sharp increase in interest income. For example, KB Kookmin’s holding entity KB Financial Group’s net profit came to 2.77 trillion won in the cited period up 11.2 percent on-year according to a regulatory filing. Operating profit rose 2.38 percent to 3.5 trillion won.

Last month, the Bank of Korea delivered an unprecedented 0.5 percentage point rate hike to combat surging inflation. It was the sixth rate hike since August last year, when it ended more than a year of a record-low interest rate of 0.5 percent.