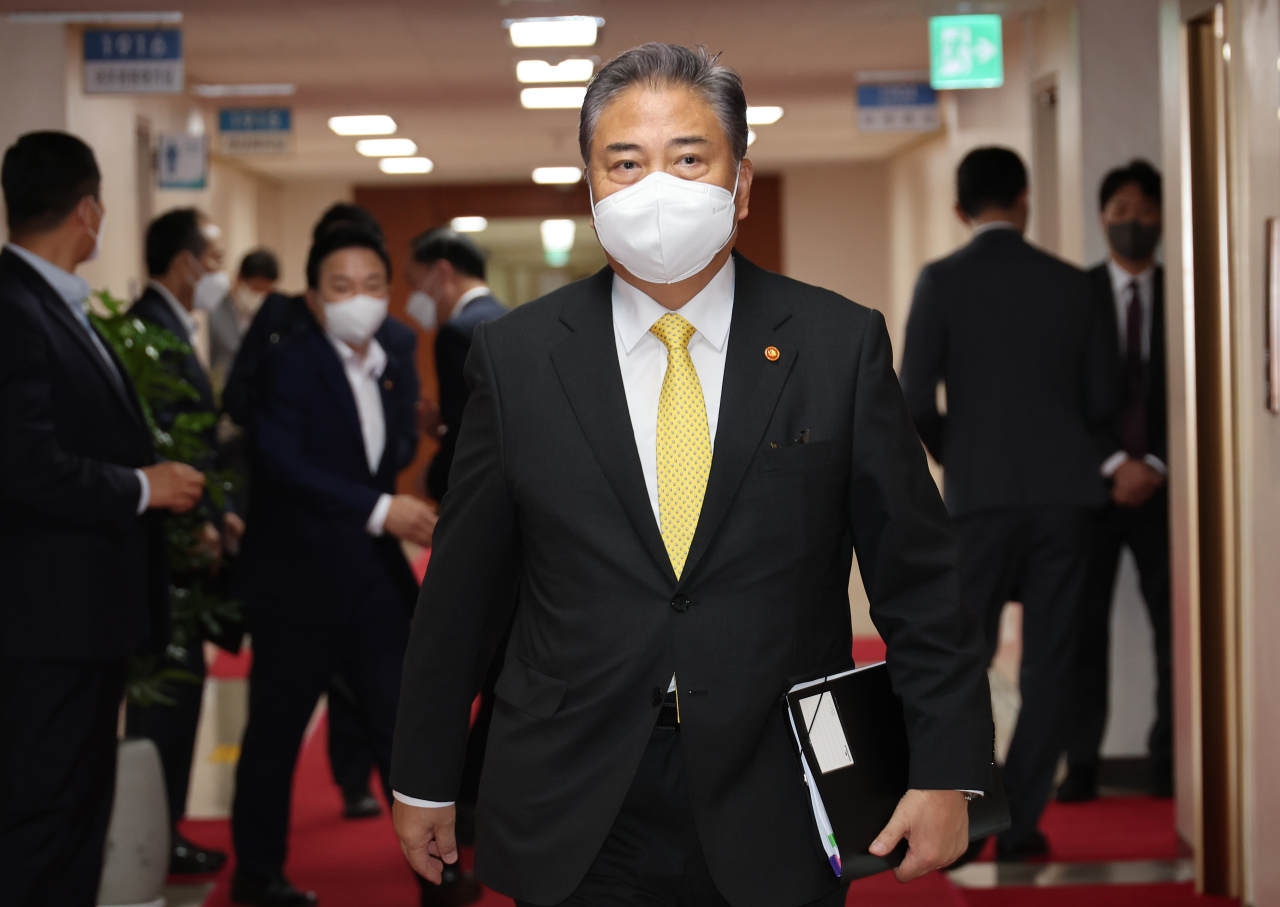 South Korean Foreign Minister Park Jin attends a Cabinet meeting at the Government Complex in Seoul on Tuesday. (Yonhap)
South Korean Foreign Minister Park Jin were to take off for Cambodia on Wednesday to attend a series of annual meetings led by the Association of Southeast Asian Nations, during which he will present South Korea’s diplomatic goals and reaffirm its commitment to the denuclearization of the Korean Peninsula.

During the multilateral meetings, which are set to take place over two days starting Thursday, Park plans to take part in several meetings -- including the Korea-ASEAN foreign ministers’ meeting, ASEAN+3 (South Korea, China and Japan) session, East Asia Summit and ASEAN Regional Forum -- where regional security will be discussed, according to Seoul’s Foreign Ministry.

During the meetings, Park will explain South Korea’s diplomatic vision to become a “Global Pivotal State,” which aims at expanding the country’s presence in the international society, and also present Korea’s determination to bolster collaborative ties with the ASEAN countries, the Foreign Ministry said.

The foreign minister will also reaffirm Seoul’s commitment to the complete denuclearization of Pyongyang, and also discuss international efforts to end the North’s military provocations and to bring the regime to dialogue for denuclearization.

At the ARF meeting slated on Friday, a total of 27 members, including the United States, China, Japan and both Koreas will discuss on regional security and cooperation measures.

The ARF, which is the only multilateral security conference North Korea regularly attends, regularly includes a number of Pyongyang‘s top diplomats. But for this year’s ARF session, the North is expected to send only An Kwang-il, its ambassador to Indonesia, just as it has done over the past two years, likely due to the pandemic.

Park is also expected to hold bilateral counterpart meetings with the countries attending the event, including Cambodia, this year’s Chair of ASEAN.

As tensions between the United States and China have intensified over US House of Representative Speaker Nancy Pelosi’s visit to Taiwan, top diplomats from both countries are also expected to attend the ASEAN meetings this week, but they will not be meeting each other, according to Chinese Foreign Ministry spokesperson Hua Chunying.