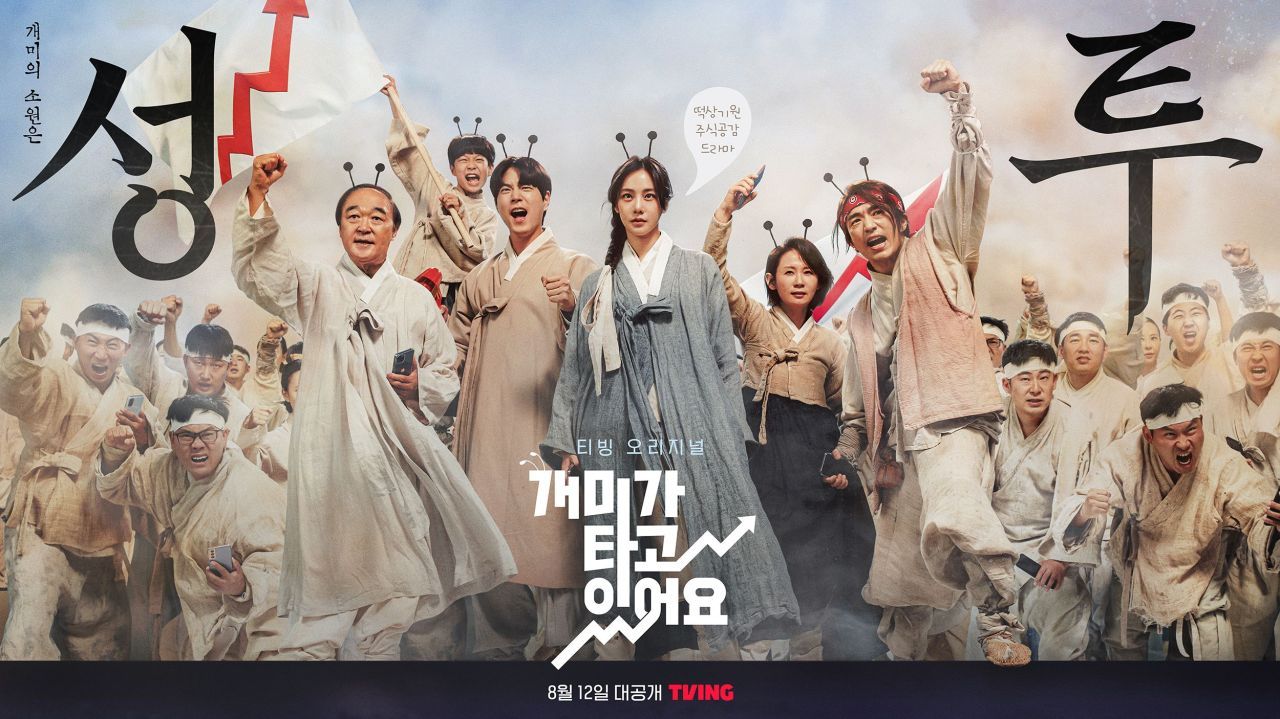 Poster for "Stock Struck" (Tving)
The global entertainment industry’s obsession with revealing the finance industry’s deepest and darkest secrets on screen is nothing new. But in South Korea, the protagonists are no longer power-hungry brokers in suits – it’s everyday retail investors.

JTBC’s “Cleaning Up,” a 16-episode remake of the British drama of the same name which aired from June 4 to July 24, is at the forefront of the change. It tells the story of how cleaners at a local brokerage overhear classified information and resort to insider trading.

Starring veteran actor Yum Jung-ah, the series received mixed reviews, but succeeded in resonating with “gaemi-deul,” which translates to “ants” -- a derogatory term for local retail investors coined by the media and the financial industry.

“It’s catharsis for the female cleaners, who are often invisible and ignored in the workplace, using this treatment to their advantage,” Lee Soo-ji, a 31-year-old retail investor told The Korea Herald.

“Yes, ‘The Wolf of Wall Street’-type stories are still interesting, but under the current climate, it’s not relatable,” she added.

Lee is part of some 10 million retail investors in Korea, currently struggling under the burden of the bearish Kospi market, coupled with heavier debt repayment due to the central bank’s aggressive rate hikes in recent months. Retail investors were the main force that drove the Kospi above the 3,000-mark for the first time in its 40-year history in January 2021. Failing to keep up its bullish momentum, the nation’s benchmark index fell some 18 percent from 2,988.32 in the beginning of the year to close at 2,439.62 on Tuesday.

“For Koreans in their 20s and 30s, stock investment has become a part of their daily routine, making the content focused on retail investors more relatable now,” culture critic and former lawmaker Kim Seong-soo said in a phone interview. 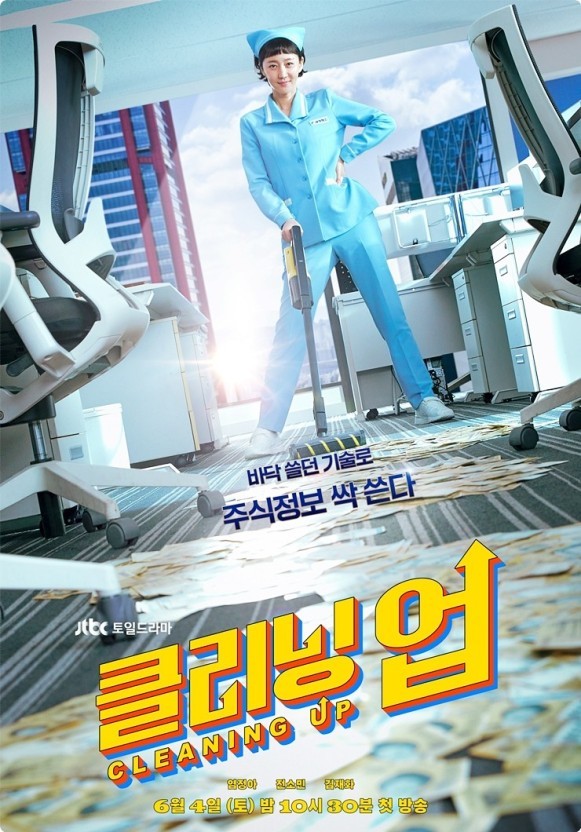 Poster for "Cleaning Up" (JTBC)
“Unfortunately, it’s the shared pain of losing their money or anger toward more powerful people who profit off of insider trading that bind them together, and push them to appear on screen.”

In this sense, the upcoming drama “Stock Struck,” a successor of “Cleaning Up,” aims to reflect the pain and growth of a wider group of investors, according to an official synopsis provided by its producer Studio Dragon.

The plot will focus on how five different investors’ lives are changed by mapping out their own unique ways of investment. A soon-to-be-bride, an English teacher and a convenience store part-timer are among the ordinary people or society underdogs who join forces to understand the market and see growth in both in their investments and personal lives.

“We became interested in the proposal for ‘Stock Struck’ because it wasn’t the typical stock market story about fund managers, but about people around us making investments as part of their daily lives,” Studio Dragon Executive Producer So Jae-hyun told The Korea Herald via email.

“In developing the script, our team set a goal to produce a drama that can be approachable for both retail investors and an audience that is not interested in stocks. We also hoped that it would resonate with ‘gaemi-deul’ by reflecting their reality.”

YouTuber Shuka, the face of the popular investment channel Shuka World with 2.28 million followers, will appear in epilogues to hand out trading advice. “Stock Struck” is set to debut on local streaming service Tving on Aug. 22.

Smaller projects have also garnered the interest of local audiences, such as “Stock of High School,” a single-episode drama which aired on July 22 on domestic television network tvN. The main protagonist is a female high school student from a low-income family who starts working as a broker for her wealthy classmates.

“These dramas also reflect overall social inequality in our society, where rich people get richer and poor people don’t have enough resources to do so,” social critic Kim explained.