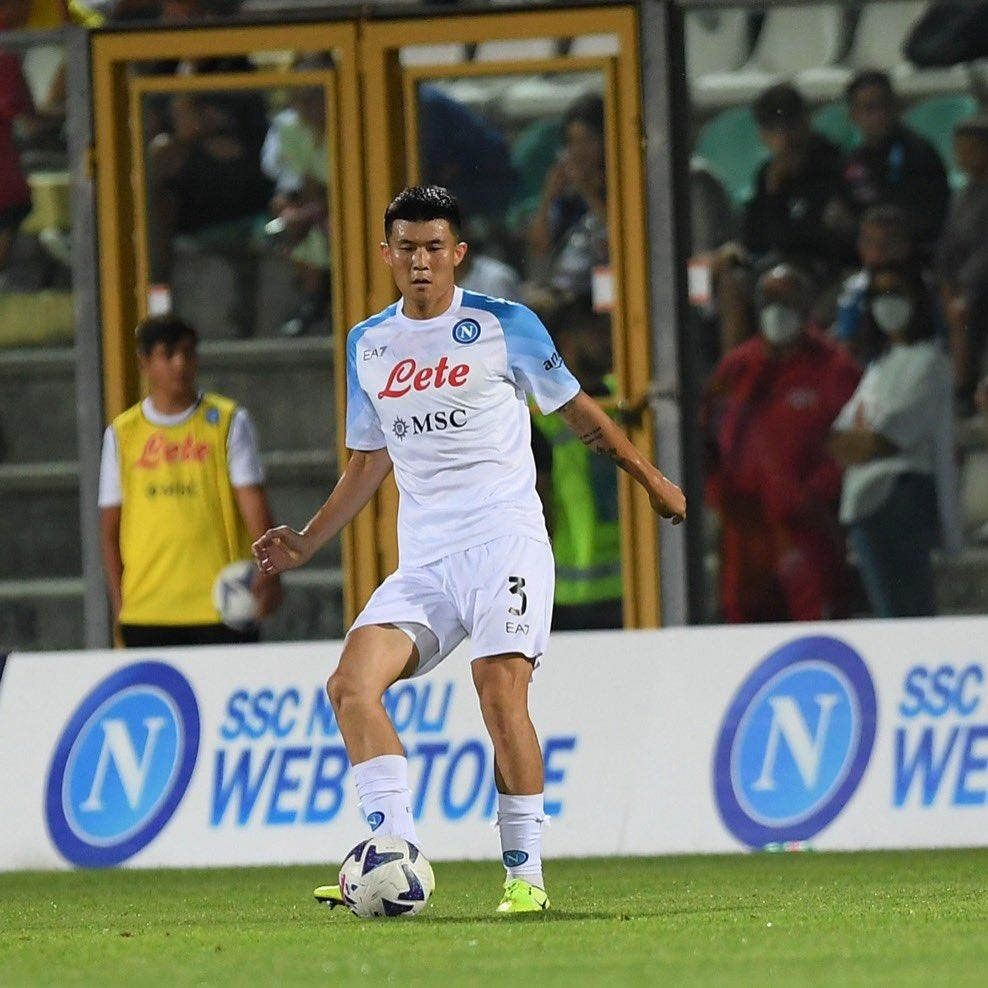 Kim Min-jae of Napoli is in action against RCD Mallorca during the clubs' preseason match at Stadio Teofilo Patini in Castel di Sangro, Italy, on Sunday, in this photo captured from Napoli's official Twitter account. (Twitter)

South Korean defender Kim Min-jae has made a solid first impression in his preseason debut with Napoli.

The 25-year-old center back played the first half of Napoli's 1-1 draw with the Spanish side RCD Mallorca at Stadio Teofilo Patini in Castel di Sangro, Italy, on Sunday (local time).

Napoli took a 1-0 lead eight minutes into the friendly match thanks to Victor Osimhen's penalty, and Kim and the rest of Napoli's defense corps neutralized Mallorca's offense.

Kim signed with the first-division Italian club last week, becoming the third South Korean to make it to the Serie A. Terms of the deal were not officially disclosed, but reports out of Europe said Kim has three guaranteed years with two additional years as an option, along with a buyout clause worth 45 million euros.

Kim spent last season with the Turkish side Fenerbahce and competed in the UEFA Europa League and UEFA Europa Conference League, the second-tier and third-tier continental tournaments.

He will get to test his mettle against the continent's big guns this upcoming season, as Napoli have qualified for the UEFA Champions League, the top club competition in Europe.

Napoli conceded the equalizer in the 55th minute, with Kim off the field. Mallorca's South Korean midfielder, Lee Kang-in, came off the bench to begin the second half and did not face Kim. (Yonhap)