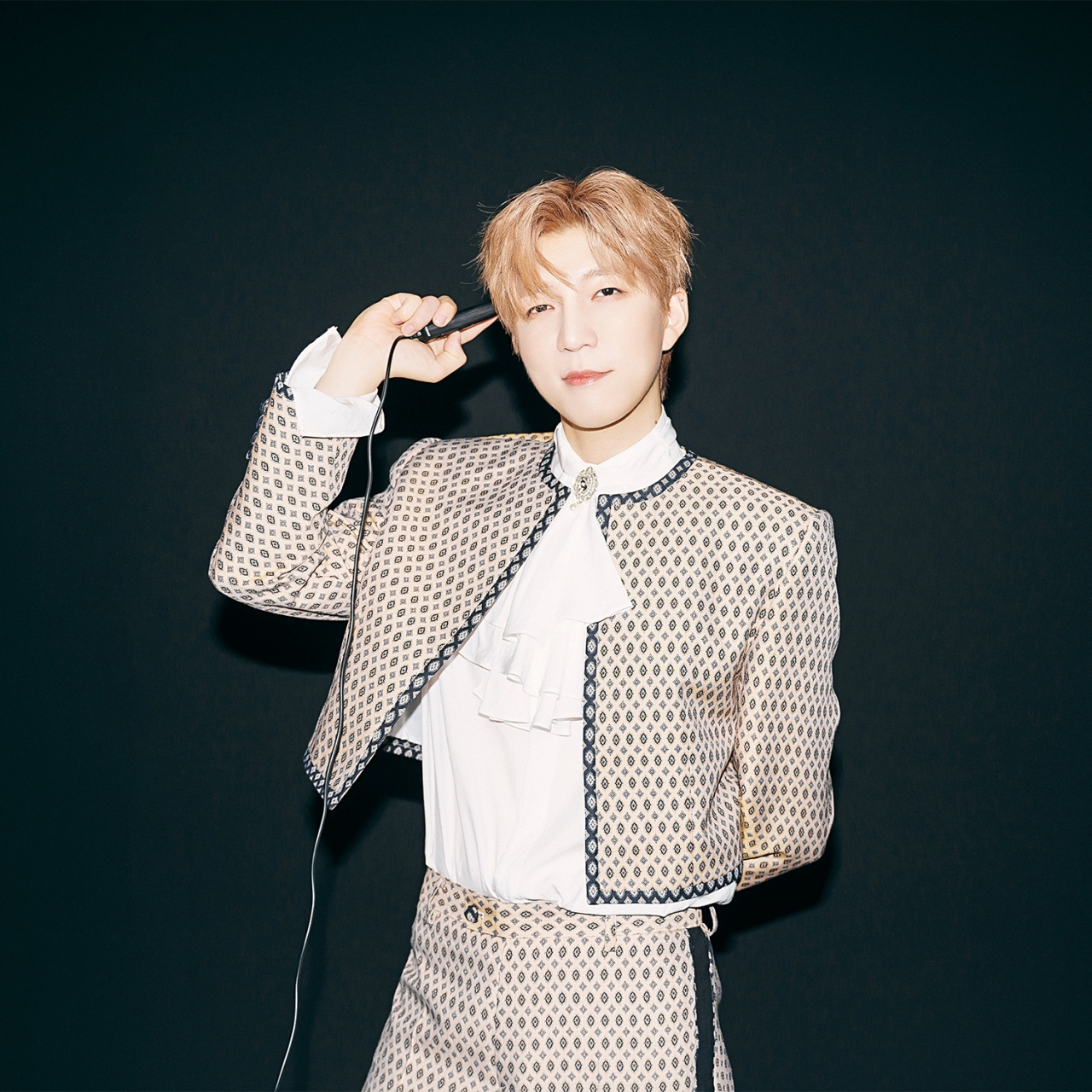 UKiss’ Soohyun (Tango Music)
It took Soohyun of UKiss years to drop his first solo EP, “Count on Me,” and the 33-year-old artist views the album as an achievement he’s made thanks to the help of many others.

Soohyun’s first album has taken a great weight off of his shoulders and is packed with feel-good rock melodies bursting with jovial energy, which is exactly the spirit he hoped to share with the world as part of his first set of songs released under his new label.

Soohyun -- along with two other members of UKiss Kiseop and Hoon -- signed with Tango Music in January, a few months after the group departed NH EMG, the company under which the group debuted in 2008.

“This album consists of stories that everyone will be able to empathize with. I tried to express those diverse emotions that we go through in our daily lives as I sang every song,” Soohyun said during a joint interview with local media conducted a few days ahead of the album’s release on Monday.

Fronting Soohyun’s first EP is the lead single “The Soju Fairy,” a rock-based pop dance track, infused with some blues and jazz as well. According to Soohyun, the melody was created as an homage to the 1990 hit song “Fairy of Shampoo.”

“I liked the original song, and the lyrics and the story told by this one also stood out. The song is about the heart-fluttering feeling of love and I wanted to deliver that bright, perky energy through the song.”

The song runs just over four minutes, and although that may be long compared to the average track these days, Soohyun explained the lengthening of “The Soju Fairy” was inevitable.

“I wanted to portray that change in the emotions as we drink with someone we love and become tipsier with time. At first, I’m kind of shy but I become more comfortable, and I suppose it would have been impossible to show such development in emotions through the singing if the song had been shorter.”

Among the album’s three side-tracks is Soohyun’s duet with Niel of group Teen Top, another veteran boy band that debuted in 2010.

“I’ve always wanted to team up with Niel since I made my debut. I like Niel’s unique vocals and I’ve always had the two of us singing together in mind.”

Starting off their career at similar period, the two K-pop idol singers have been friends for a long time, but it was through their appearance on the popular YouTube talk show “The MMTG Show” in 2020 that they really became close.

“Hearing this song, I was instantly reminded of Niel. The producers tried to reflect my stories and opinions into the lyrics as best as possible. To me, the song is about the time that we spent together, but to each of the listeners, I imagine it will carry different meanings about friendship and memories.” 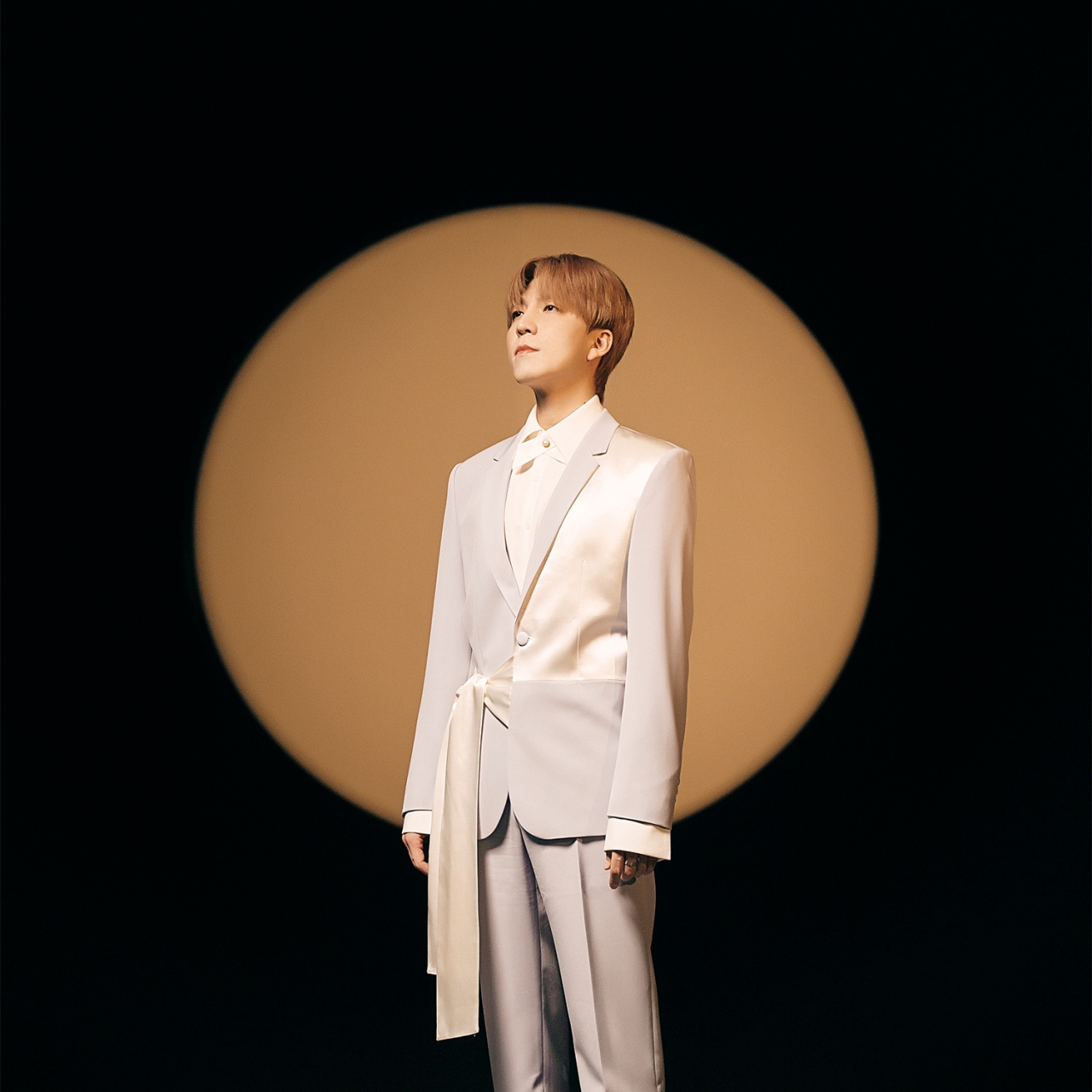 UKiss’ Soohyun (Tango Music)
Opening the album with a heartening energy is the song “Wake Up,” which voices the hopes of overcoming a hard time. Soohyun says the song was inspired from his own story of overcoming a depressive period.

“I had a very tough time when I was younger. Although I don’t want to ever go back to then, I don’t regret the time. I am able to be here because I had endured the time,” he said, adding, “Many people are going through their own dark days right now, and I wanted to include a song that could encourage them.”

As the interview neared its end, the room was filled with a bright energy that seemed to emit from Soohyun. Throughout the interview, he repeatedly expressed his happiness and gratefulness for being able to drop a new album and continue his career as a singer, and also as a UKiss member.

“It feels like a dream that my first album is coming out. I used to worry whether I’d ever be able to go back on stage,” Soohyun said, adding, “My goal with this album may sound vague, but I just hope more people listen to my songs and get encouraged, be reminded of their good memories and love more.”

Soohyun set foot in the K-pop scene in 2008 as a member of UKiss, and has stayed with the group ever since. In the group’s heyday, after the release of its biggest hit “Man Man Ha Ni” in 2009, the bandmates were so busy that they barely slept three hours a day, Soohyun said. But the fame dwindled gradually, and since the release of its 11th EP “Stalker” in 2016, the group has not had any group activities.

In 2021, when the group’s contract with its NH EMG terminated, UKiss could have met its end, a natural step considering the short-lived nature of K-pop idol groups. But it was Soohyun who worked alone for months to find a new home for himself and UKiss. As jovial as Soohyun seems, he said he went through his darkest time in life then.

“It was the current agency’s members who helped me to endure that time. So when they first reached out to me and asked to join them, before giving any thoughts about the contract details and conditions, I just said ‘thank you.’ So this first album that I’m releasing with the company is naturally filled with a cheerful energy.”

Having been more active in Japan in the past, Soohyun said he was officially setting off on his career as a solo musician in Korea with this album. Furthermore, he hinted of a possible reunion of UKiss within the year.

“Although we don’t have a set plan right now, I think it’s about time that we get together. Hopefully we can do something together this year.” 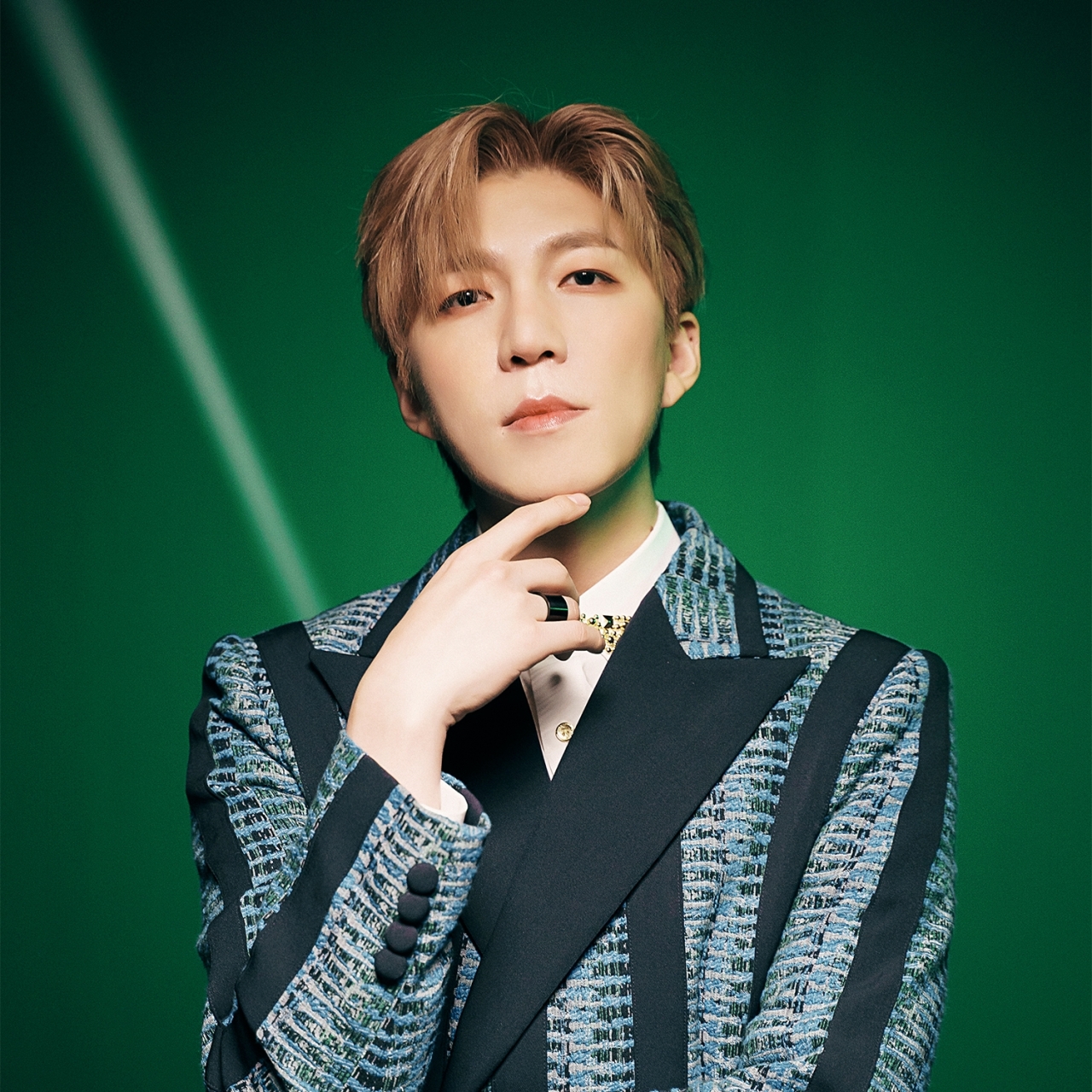 UKiss’ Soohyun (Tango Music)
The album’s title also sends the message that UKiss will always stay together to the group’s fans.

“’Count On Me,” I say this to my fans often. I can say this with confidence that I will always be UKiss’ Soohyun, so count on me. Although we haven’t kicked off our group projects yet, I feel I’ve achieved a big part of my goal as I am with Hoon and Kiseop, and I’m hopeful that there will come a day when we can go on the stage with the other members as well.”

According to Soohyun, UKiss was the reason he could be himself right now. Although it’s had its ups and downs and is not at its brightest moment right now, he hopes he could bring the group its second heyday.

“There was a time when I doubted whether I should continue as UKiss. But watching our past videos, I felt sad, and I knew then that I had to do this. The name UKiss makes my heart all soft and mellow. If there is one thing I do regret in life, it’s that I didn’t try harder when UKiss was at its busiest days. I hope that we could one day be that UKiss again.”